After the documentary film “The Cove,” which won an Oscar, about the bloody dolphin hunts in the small Japanese fishing town of Taiji, there was a considerable amount of disgust worldwide. However, the hope that catching dolphins for dolphinariums and the dolphin massacres could be stopped has not been realised. Dolphin hunts have continued to the present day and the number of dolphinariums which contain dolphins caught in the wild from Taiji has increased to 106 worldwide. 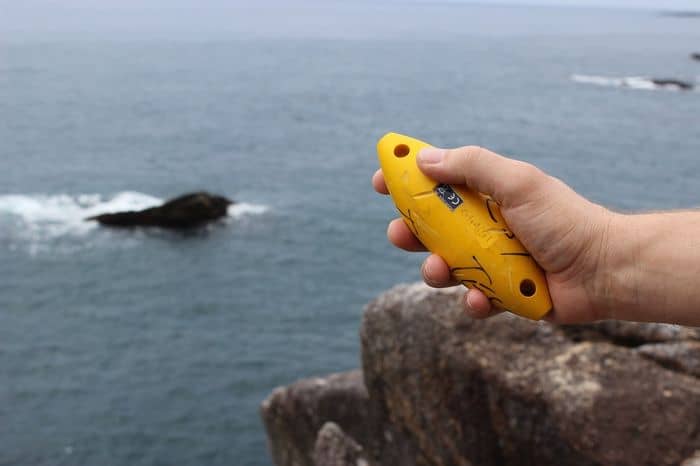 The German wildlife conservationist activist and manager of the animal protection organisation Pro Wal, Andreas Morlok, travelled to Japan as early as 2010 to document what is happening on the site.

Andreas Morlok: “I was shocked what I saw there. The reality was much worse than was suggested to readers of the documentary film “Die Bucht.” I was myself an eye witness to how, after a hunt, a large family of Atlantic bottlenose dolphins, the species which can be seen most often in dolphinariums, was penned in in this bay. Beautiful animals, mainly young female dolphins which showed no scratches from shark attacks, were sorted and enclosed in nearby seawater pens. These animals are trained by food deprivation, isolation and lack of stimulation and then sold for six-figure dollar sums to dolphinariums throughout the world. The remaining members of the family were eventually killed in the small bay. At the end of the massacre only one baby was left swimming beside its dead mother, constantly nudging her, in the blood red water. The dolphin killers wanted to bring this to an end because they knew that they were being observed by the wildlife conservationists and were at the same time protected by the police. They did not stab the baby, like they did all the other dolphins, but drowned it. They attacked the baby again and again, they straddled the helpless animal, laughing, and held it under the water until it no longer moved. The shrieking from this poor baby dolphin still haunts me to this day.

The meat from these slaughtered dolphins is hardly sold anywhere in Japan because most Japanese also know that it is largely contaminated with environmental poisons such as PCBs and mercury. In seafood the maximum recommended mercury value is 0.4 ppm. However, as much as 2,000 ppm has been measured in dolphin meat. Nevertheless the dolphin catchers still kill these animals, because as fish eaters, they are still considered competition to the fishing industry. In the north of Japan almost all the coastal dolphin populations have already been wiped out. This is also now the thread in the region around Taiji which lies further south.”

According to Pro Wal the authorities approved the catching and killing of 1,938 marine mammals for this year’s hunting season in Taiji, which began on 1 September and will end in February 2015.

The wildlife conservationists from Pro Wal now want to intervene with a unique campaign with the aim of rescuing as many dolphins as possible.

Andreas Morlok: “For many years we have gained positive experience using the so-called starting devices (pingers). These devices are normally used by fishing companies to avoid dolphin by-catches. Two years ago we were able to stop the mass death of confused dolphins and porpoises in the River Bug in the Ukraine using these devices. Devices placed just off the slaughter bays of the Faroe Islands since this spring have also contributed to ensuring that almost no pilot whale slaughtering has so far taken place there. The smallest number of pilot whales has been killed this year on the Faroe Islands since 1930” (Exception: 2008, no pilot whales slaughter).

Jurgen Ortmuller, manager at the German Whale and Dolphin Protection Forum (WDSF), and Andreas Morlok (ProWal) speak of a milestone in dolphin protection after a further trip to the Faroes in July of this year and now want to continue their successful campaign to protect the marine mammals in Japan.

With the support of the WDSF a team of ProWal wildlife conservationists travelled to Japan a few weeks ago and installed a first charge of pingers over a wide area in the sea around Taiji. Further campaigns will follow to increase the chance of reducing the number of dolphin hunts.

Photos: ProWal – For unrestricted use.