Xu Zhiyong faces a four-year jail term on charges of gathering a crowd to disturb public order. He was accused of organizing protests in 2012 and 2013.

In addition, Xu’s assistance to create the New Citizens’ Movement that seeks official disclosure of assets has created a stir in the communist country.

US Dismayed By China Court Rejection Of Xu’s Appeal

The US considers that the prosecution of Xu and others is part of a deepening pattern of arrests and detentions of public interest lawyers, Internet activists, labor activists, journalists, religious leaders and others who peacefully challenge official Chinese policies and actions.

“We call on Chinese authorities to release Xu and other political prisoners immediately.” – Ms. Psaki

The US government also reiterated its call for China to remove restrictions on their freedom of movement, and guarantee them the protections and freedoms to which they are entitled under China’s international human rights commitments.

Earlier this year, Xu Zhiyong was convicted of assembling a crowd to disrupt public order and sentenced to four years in prison.

According to media reports, the charges are related to small-scale, peaceful street protests by members of his movement called the New Citizens Movement.

Xu is a legal scholar and has been a high-profile activist advocating for rights in China for a decade.

The Chinese Court found Xu guilty of “gathering a crowd to disturb public order” following his closed-door trial on Wednesday.

The hearing and the sentencing took place under heavy security where journalists and diplomats were prohibited to attend.

A Glimpse Into The Life Of Xu Zhiyong

Xu Zhiyong was born in Minquan County, Henan in 1973. He founded the New Citizens’ Movement in China which was fined 1.46 million RMB on July 14, 2009 for ‘dodging taxes’ and was shut down by the authorities.

In 2009, he was arrested at his home, and detained by Chinese authorities on charges of tax evasion. 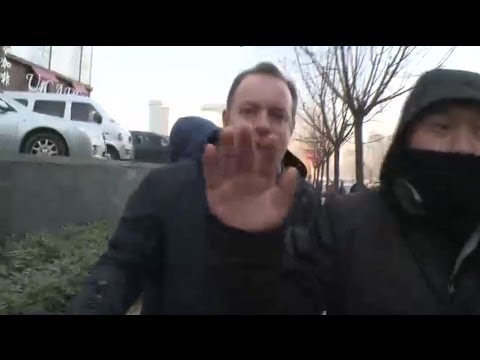