With the election of the UK’s West midlands region police and crime commissioner is approaching, one of the main candidates for the post and long-time politician Barrister Ayoub Khan has vowed to end many problems facing the Somali community in the west midland region including children experiencing harassment at schools, racism and many others. 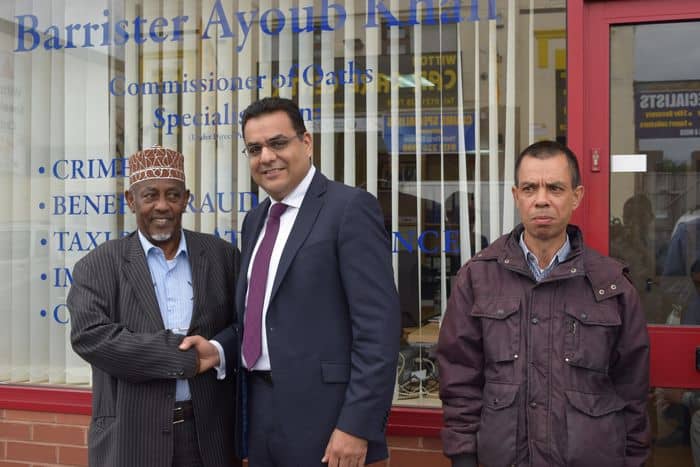 During a press conference at his office in the city of Birmingham on Wednesday, the candidate said the 21st of August election is very much important for the Somali community to have a beautiful decision on their future and well being. 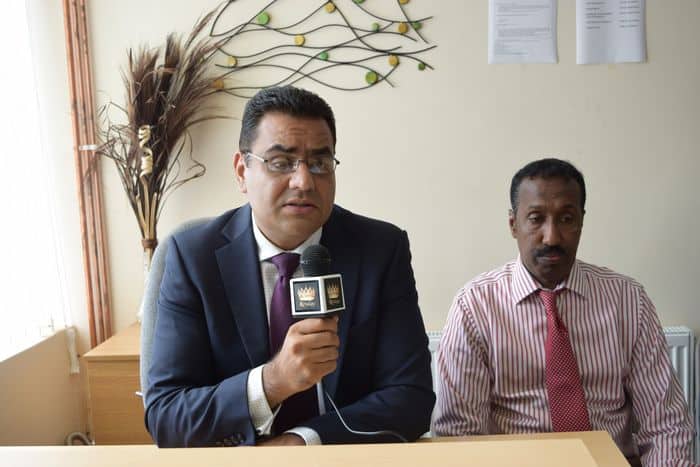 “It will be next Thursday when every community in the West Midlands will vote for the candidate who can solve their problems. The Somali community are a new phenomenon in the West midlands region and any police and crime commissioner needs to understand the needs of all communities,” Barrister Ayoub Khan said in his press conference on Wednesday.

Mr. Khan has worked in the Somali community for many years and he understands some of the difficulties that they face, whether it is harassment, racism and hated crimes. 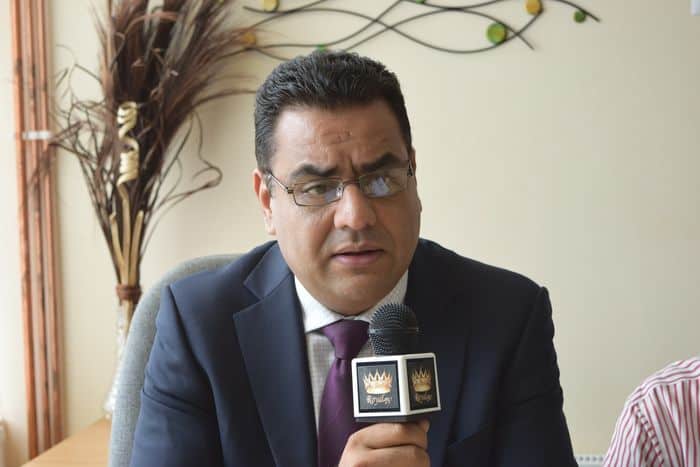 He said in the West midlands region, crimes were high in particularly hate crimes were getting worse than ever and the police and crime commissioner needs to be in a position where the people can be assisted.

“If I am elected I will closely work with the Somali community and I will end all problems they are facing whether it is their children at schools that are facing pulling harassments whether it is with women who catch local busses and are seen different because of the way they dress, whether it is because that they are not receiving the same sort of support for mental health issues. These are all important issues and if you have a commissioner that does not understand your needs, then your problems will never get solved,” he said adding that if he is elected he will support and assist the Somali community to the best of his ability. 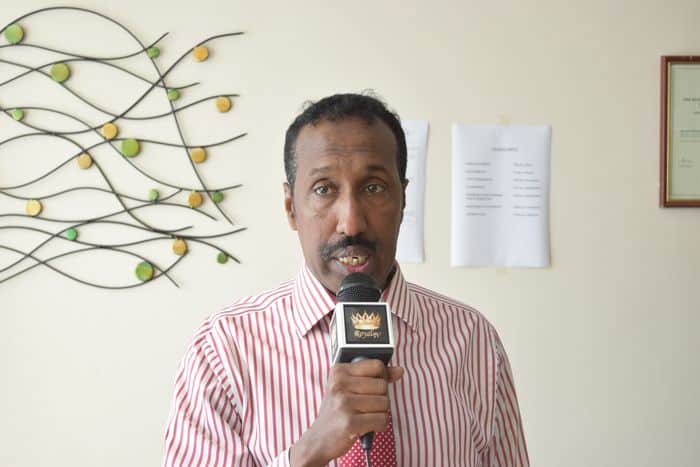 Mr. Khan encourages all Somalis in the West midlands to go out and exercise their rights of voting.

Barrister Ayoub Khan who is the first Muslim candidate for the post of West midlands police and crime commissioner accused the BBC of siding with Israel in terms of how the BBC journalists report from Gaza war.

“I have decided not to speak to the BBC and I refused their offer for interview, I have done so because they have reported in a very biased manner from the terrible situation in Gasza while Palestinians are being slaughtered by Israel,” Ayoub Khan told the media. 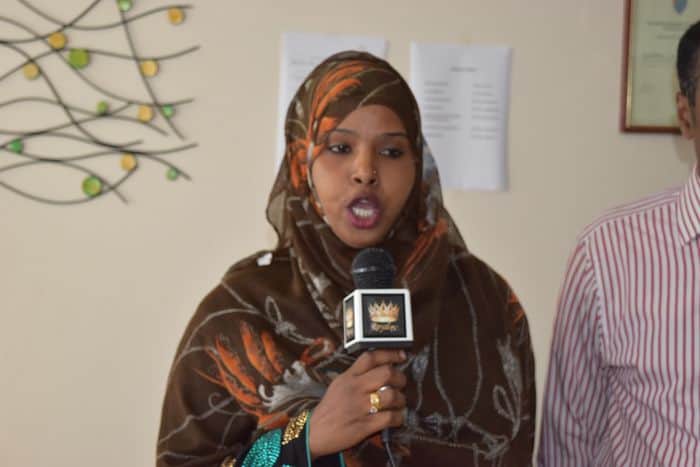 Key Somali community leaders in the West midland region who attended the press conference promised that the votes of Somali people across the region will go to Mr Ayoub Khan.

Dr. Cabdulqaadir Ruumi said that Ayoub Khan had helped the Somali people for a period of years he served as the co-ordinator for community relations and security in the city of Birmingham, the 2nd capital of the United Kingdom. 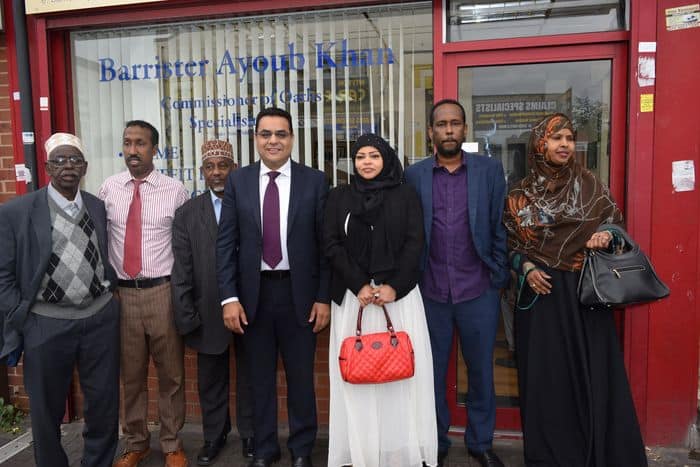 “I thing every single Somali in the region knows Ayoub Khan very well and even the role he played in the Somali community in particularly the launching of the large Al-Huda Mosque and the end of clashes between Somali and Pakistani youths in the city,” said Dr Ruumi himself aA Libdem politician.

For his part the leader of Somali elders’ council in the UK Sharif Ahmed Omar said that Somalis are siding with Ayoub Khan and they will vote for him.

“As an elder, I know what Ayoub Khan did for us and in return for that the Somali community must elect him” the elder said as he was standing alongside the candidate.

However, Fahmo Arale and Hoda Hashi who spoke at the press conference on the behalf of Somali Mothers said they know the kind of increasing problems their children are facing and to get those problems solved they will encourage Somali mothers across the west midlands region to vote for Mr. Ayoub Khan.

The following candidates will be competing in the upcoming election for the police and Crime commissioner due to take place across the west midlands region on Thursday 21st of August 2014. 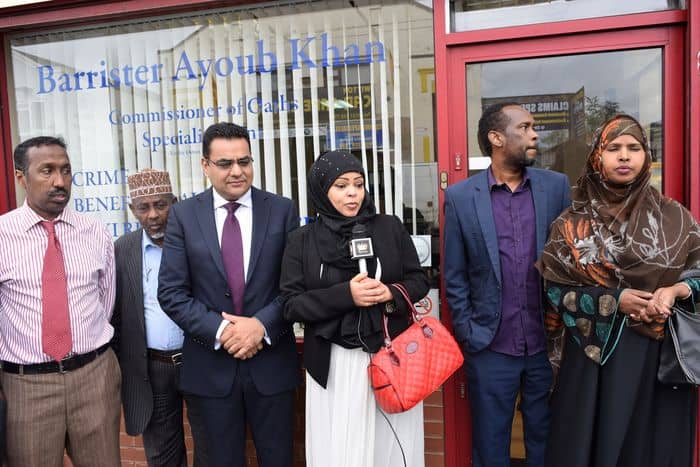 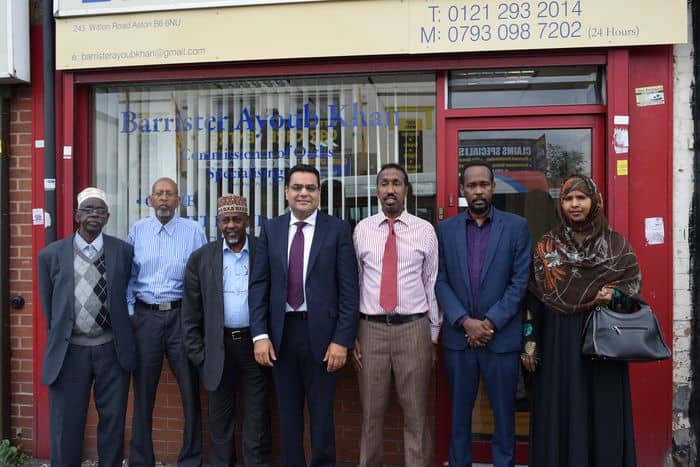