The Somali national football U 17 squad returned home from Kenya Tuesday, and a national welcome ceremony was held for them at Mogadishu’s Aden Adde airport.

Government officials and authorities from Somali Olympics, Somali football federation and fans received the national team members at the airport where they had been waiting since early morning on Tuesday.

Hundreds of well wishers holding wet leaves and waving the Somali flag were standing alongside the highway from Somali football federation headquarters to the airport to greet the victorious team. 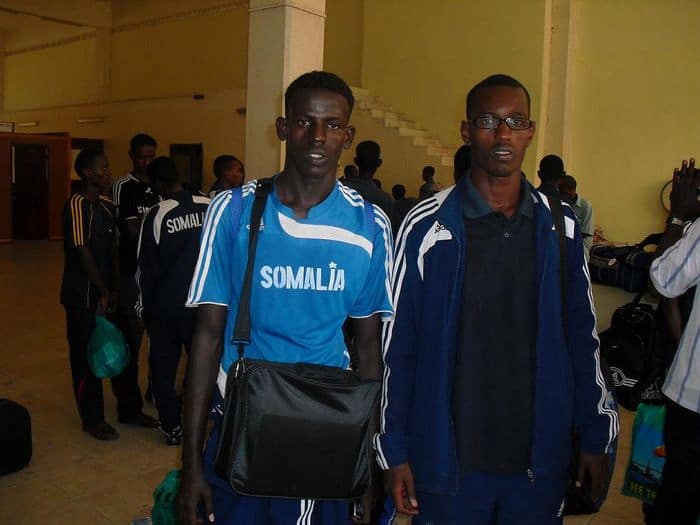 Over the weekend, Somalia qualified for the second round of the African youth championships after a 0-0 draw during a hotly contested match at the Oserian stadium against their Kenyan counterparts whom they humiliated 3-1 in the first leg earlier in the month.

Promoting from the first round, Somali youngsters will face Egypt on August 27 this year, according to the fixtures of the CAF competition. 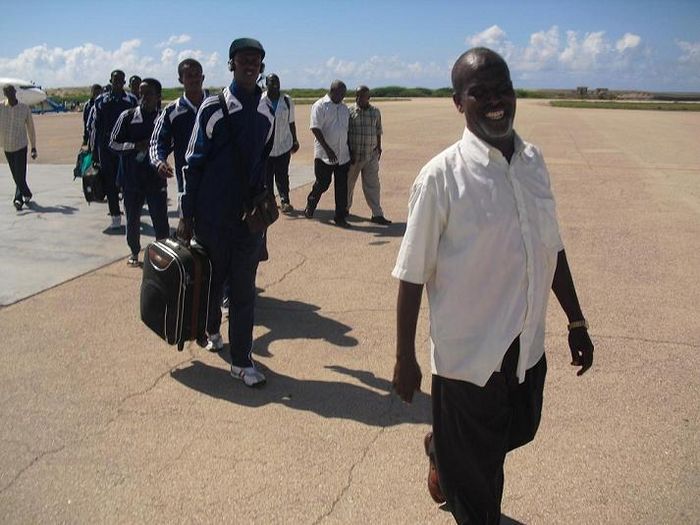 Last night, the Somali ambassador to Kenya Mohamed Ali Nur (Ameriko) held a farewell dinner for the team at the Barakat hotel in Nairobi where he rewarded the youngsters with cash for their efforts to defend Somalia’s flag and dignity. 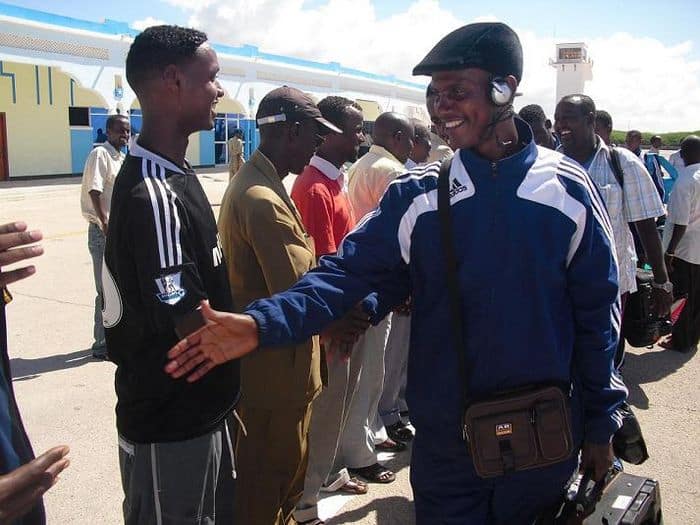 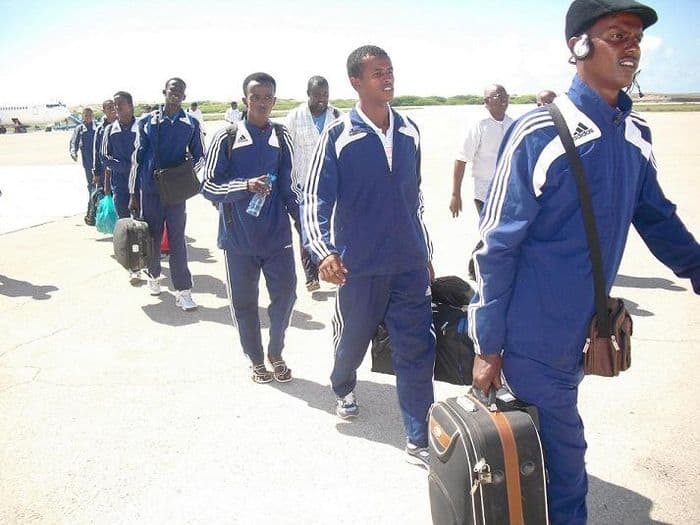