The Somali Youth League (SYL the 2nd) which is the most active youth organization in the war-weary Somalia has crossed over the border lines with vastly spreading its activities throughout the country.

The youth group has implemented the 2nd edition of {Swap the gun for job and sports campaign} in central Somalia, in a bid to reach every where in Somalia before December this year, according to its chairman Farah Hajji Ali. 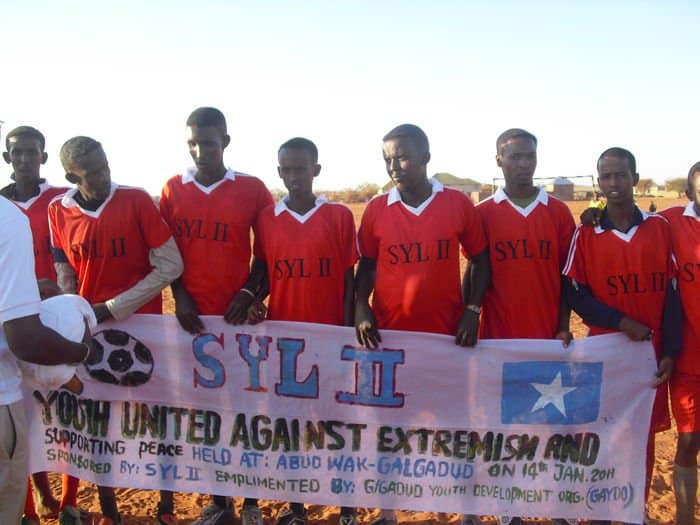 The delegation held various meetings with elders, moderate Islamist administration in the city, youths, women ad civil society organizations in the city discussing with them on the easiest way that young boys in the region can be protected from being used as warriors in Somalia’s dirty struggle. 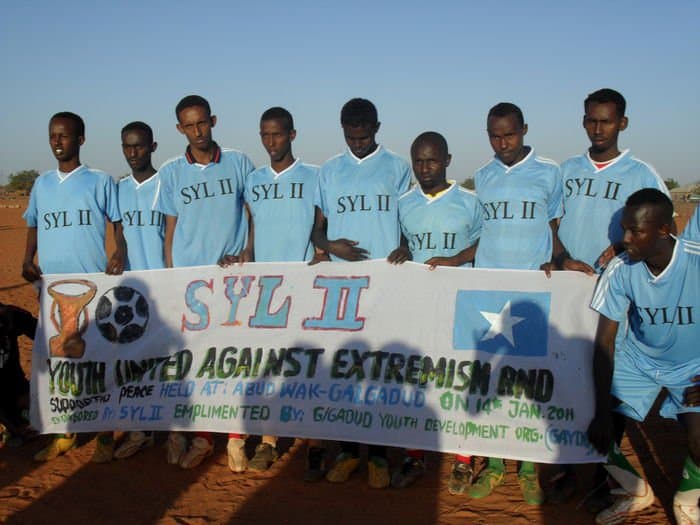 “As the Ahlu Sunna Wal jama’a administration we are welcoming the positive idea initiated by the SYL Two and we will invite them to all regions under our control” moderate Islamist administration’s secretary for public affairs Sheik Mahad Khaliif Rooblle told reporters after meeting with SYL’s delegation on Saturday.

For his part Somali Football Federation President Said Mahmoud Nur has lauded for the implementation of the peace building program through sport in central Somalia.

“As Somali Football Federation we are always siding with this very active youth organization and we will help them as much as we can,” the SFF president who is currently in Rwanda for CAF U-17 tournament said in a statement on Saturday evening.

In the first phase the visiting SYL delegation gave football equipment to nearly 100 young boys in Abud Waq and then organized a football competition for them and according to the group the second face will be to establish training and job creation programs for the first registered hundred young boys. 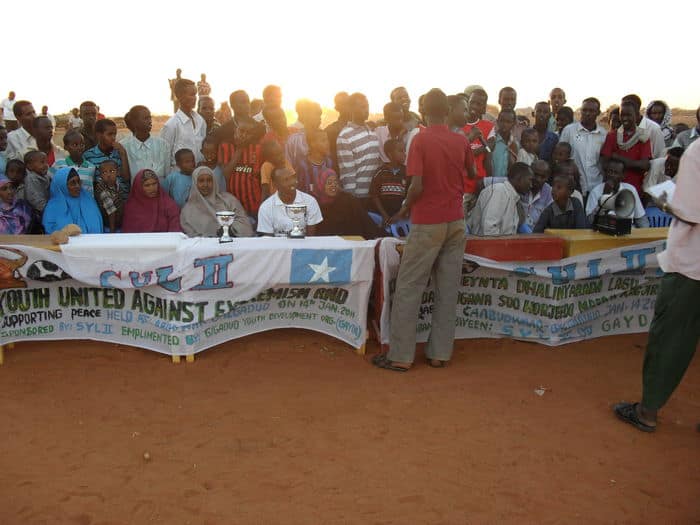 According to an-emailed Statement from SYL two, its delegation in Abud Waq is scheduled to travel other cities and towns in the central Galagdud region next week.

“We are waging a very huge project and our youth association is committed to reaching every district, town, city and village in Somalia, because we want to take an active role in disarming the recruited children and peace building in the country,” SYL the 2nd chairman Farah Hajji Ali told journalists. 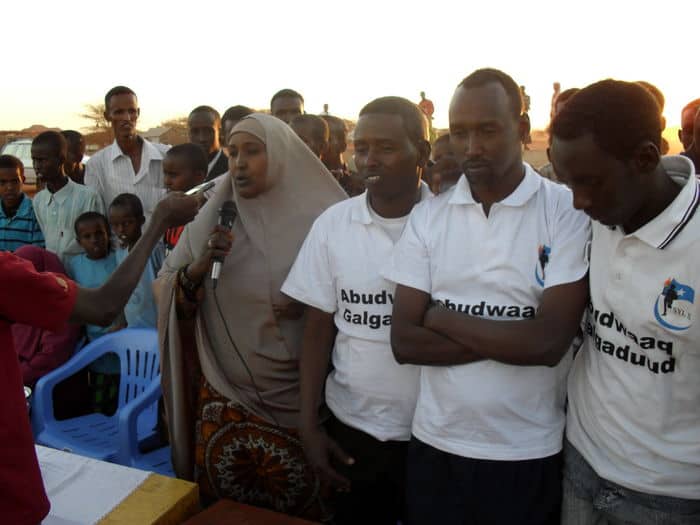 “Our theme is reuniting Somali youths, supporting peace in Somalia and fighting against fundamentalism, tribalism and killing among people,” the chairman said adding that sport is an important sector for their programs.

Founded late in 2008, SYL the 2nd has achieved to implement a dozen of peace building programs in various Somali regions.

Somalia hasn’t had a functioning central government since the 1991 downfall of former military rule of the late dictator General Mohamed Siyad Barre. Wars and famine have engulfed the lives of more than half a million people mainly young fighters and civilians since then.