The South Africa-based humanitarian organization, Gift of the Givers which has been active in Somalia for the past several years, has now turned most of its attention to caring for street children, orphans and those living with disability to inspire changes in their lives.

The aid group, which is believed to be the largest charity in Africa, has started a special programme which mainly targets some of the community’s most vulnerable people after it took over two main centres which hold hundreds of orphans and street children providing them with food and basic education. 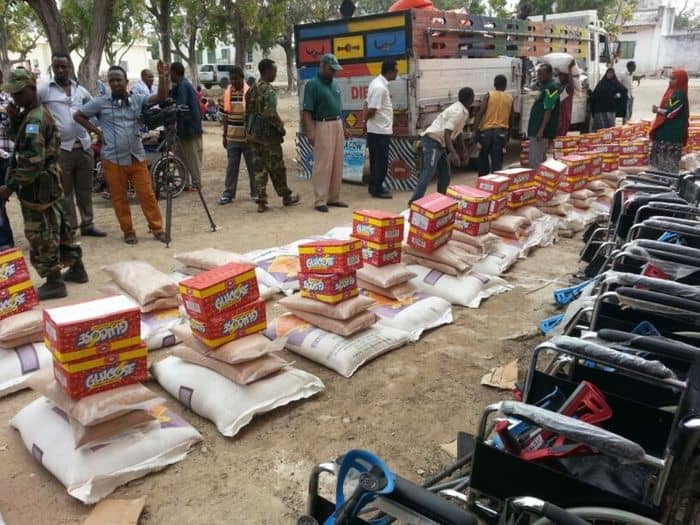 “We have been operating in different areas in the country, but this kind of campaign is mainly intended to make concrete changes in the lives of these children as well as disabled people,” said a charity staff member, Said Ibrahim Hussein, who is also a long-serving vice president of Somali Sports Press Association.

Gift of the Givers has also distributed wheelchairs to several hundred disabled persons who were very much in need of such equipment.

According to the charity’s logistics official who issued a press statement on Monday evening, a long-term medication program was set for those living with disability and cannot afford to pay for their medicines, as they have been living on less than a dollar per day.

“We reach out to nearly a thousand people including children and disabled persons at least twice each week – we have now drawn new plans to spread our humanitarian operations to the southern Lower Jubba region,” Mr. Said Ibrahim Hussein explained in his press statement.

The Gift of the Givers was active in Somalia since Tsunami hit parts of the country in 2005, but extended its Somalia mission in 2011 in reaction to what the United Nations described as the worst droughts in Somalia for decades.