The Old Football Facility in Somalia, the Stadium Banaadir now transformed into a grazing land after more than two years of daily armed confrontations in Mogadishu between Somali government forces backed and Al-shabaab militants on the other side.

The stadium is located in the Abdel Aziz district north east of the capital where the worst battles took place since 2009. The fighting forcibly halted the construction work of the stadium which was being reconstructed under the FIFA funding.

The stadium fell into the hands of Al-shabaab militants late in 2009. Aall building materials at the stadium and other sporting equipment at stores were looted. 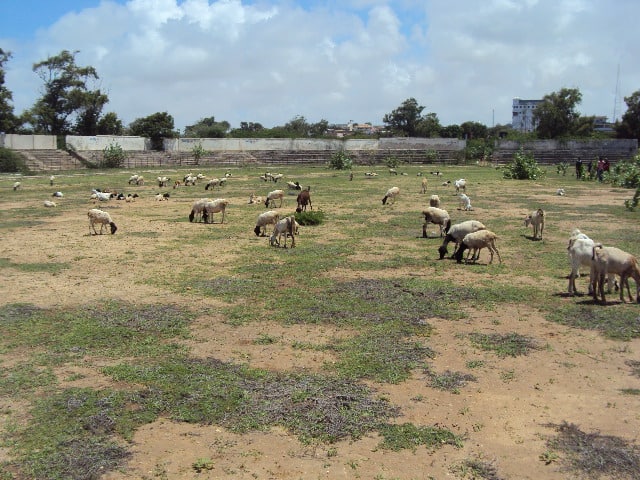 The Somali Football Federation is not yet sure who exactly looted the stadium. They have investigated to find out whether the Militants did the looting or the Somali government forces who were responsible for the destruction of the stadium.

However, the Islamist militants vacated from their positions in the capital including the Stadium Banaadir and the Chinese-built Stadium Mogadishu which was once the largest and the most beautiful football facility in Africa.

In less than 36 hours after the militant withdrawal, the Somali Football Federation ‘SFF’ formed a special committee to re-examine the extreme damage on both football facilities. The committee first went to Stadium Banaadir in the northeastern side of the capital. 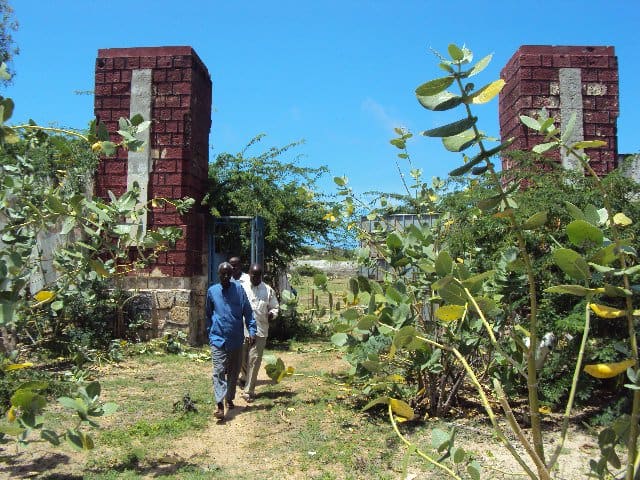 Built in 1956, the stadium Banaadir was being reconstructed under the FIFA funded “Win in Africa With Africa Project” when fighting broke out between militants and Somali government forces in May 2009.

The Somali Football Federation president Said Mahmoud Nur who himself visited the stadium said his federation will contact the Netherlands-based construction company “Green Field” to evaluate the real situation of the stadium.

“Late in 1950s athletes from different African nations used to come to stadium Banaadir for training sessions. In recent years, one can see cattle and sheep grazing in it,” the SFF secretary General Abdi Qani Said Arab told the media as tears of agony just flew down on his cheeks as he was talking to the media.

The facility ‘Stadium Banadir’ was first named after the {Comitato Olimpico Nazionale Italiano “CONI”} which built it for Somalia in 1956. It was later named after the Banaadir region where Somali capital Moadishu is located and it became Banaadir Stadium. 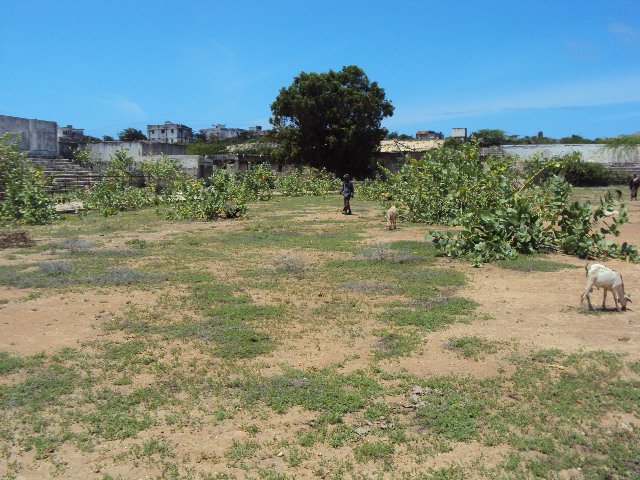 The SFF’s special stadiums evaluation committee could not visit the Chinese-built Stadium Mogadishu. The facility is now housing African Union peacekeepers in Mogadishu who set up a military base after the militant withdrawal on August 6 2011.

Somali Football Federation says it will write a letter to the African Union to demand the vacation of the troops from the stadium and surrounding areas so that the stadium will once again work for the people. 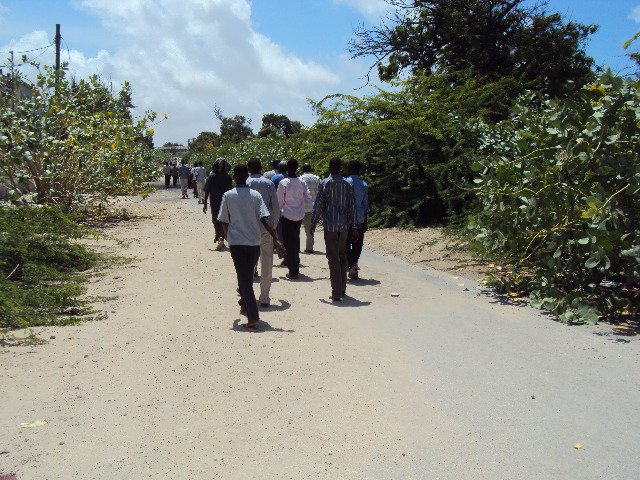 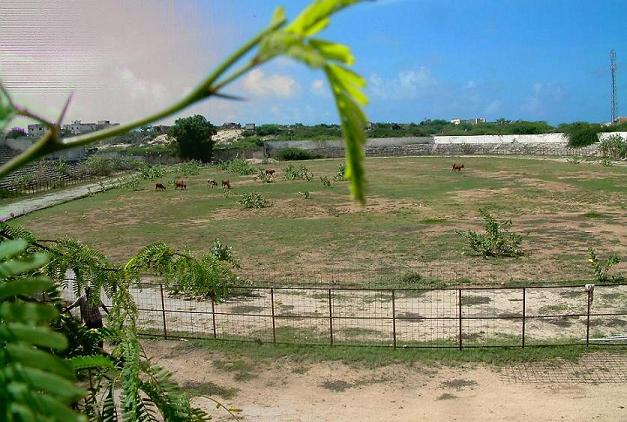 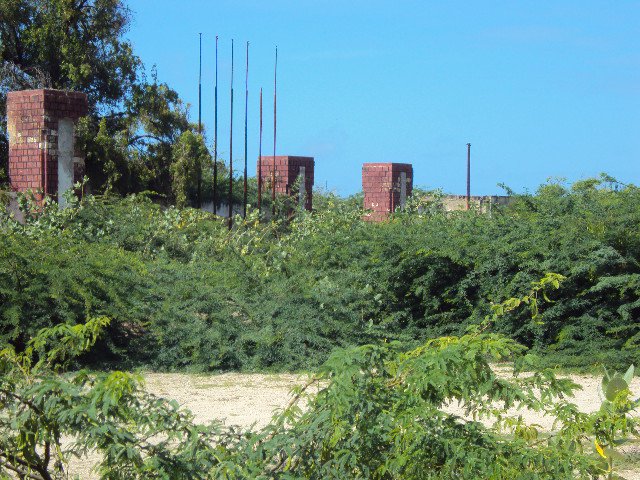 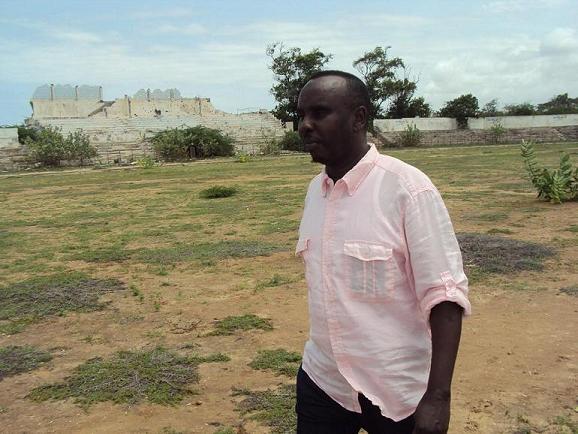 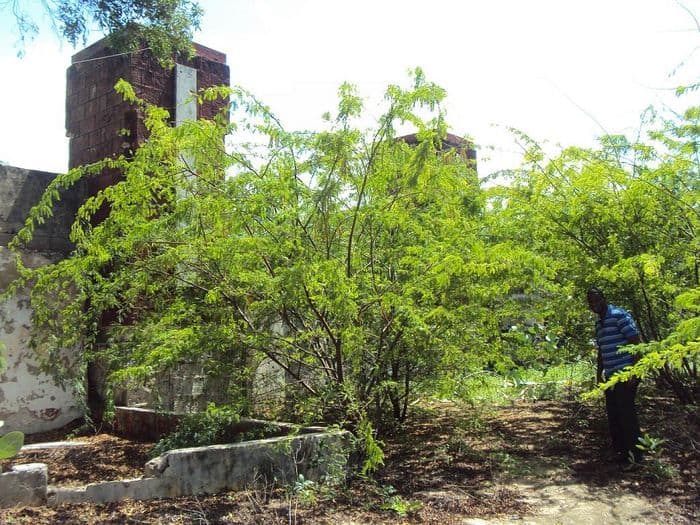 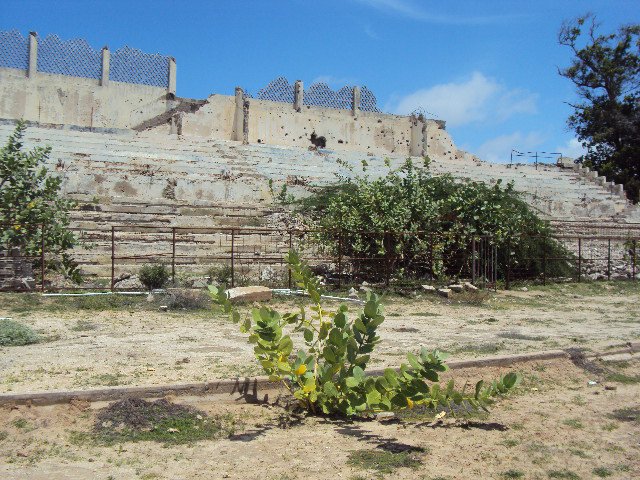 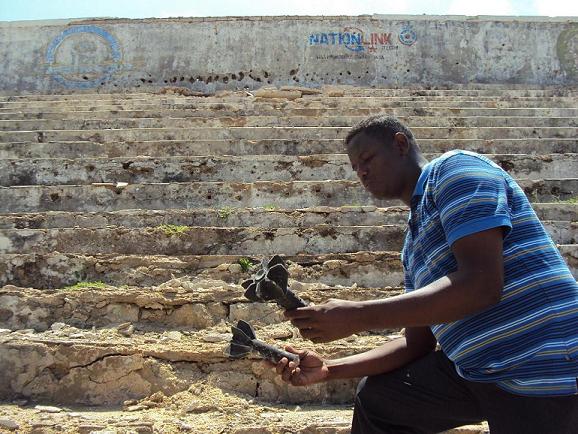 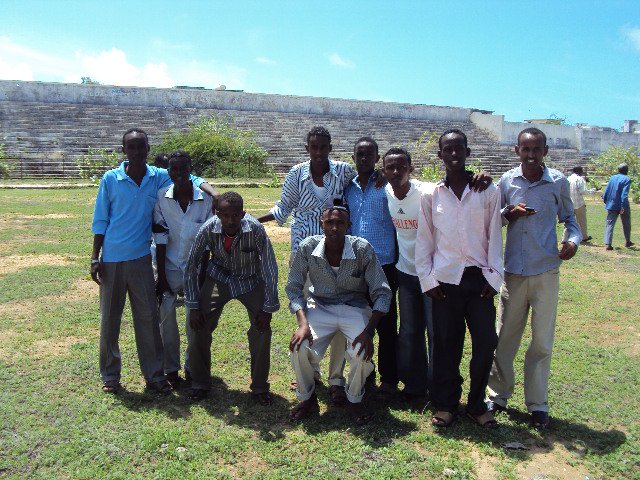