The Men’s National basketball team of Somalia has on Wednesday showed a great show at the ongoing Africa’s Zone V basketball tournament after crashing their Burundian rivals by 98-80 points in what seems to be symbolising the return of Somalia’s lost power in African basketball.

Hundreds of chanting Somali fans have occupied the National stadium in Dar Es Salaam hours before the match kick off on Wednesday. They were chanting for Somalia The country has fully revived and recovered from years of conflicts. The trophy is heading to Mogadishu. 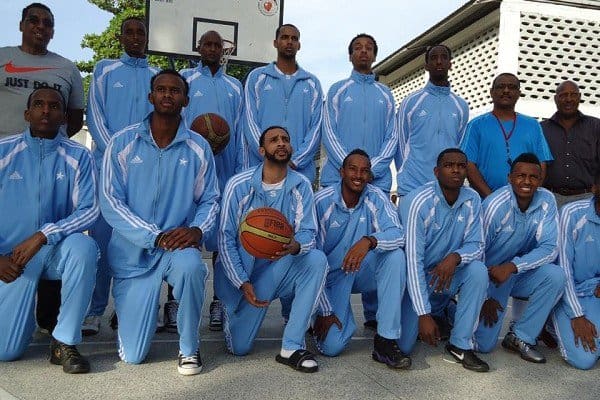 The Somali team has been dominating the whole match from the very beginning until the referee has whistled for the end of Wednesday’s hotly-contested match.

Wednesday’s match was more interesting and more popular that Tuesday’s match against Kenya ended in 81-79 in favour of Somalia. Hundreds of Somalis left from Kenya and Uganda, reaching Dar Es Salaam earlier on Wednesday in a bid to show support for the Somali team.

“It is was a very long time ago since our people have enjoyed such victory, the Somali basketball federation with the help of its former players and members of the Diaspora community have spent a lot in building such strong national team whose performance made all Somalis happy,” Mr Abdi Aiziz Godah Barre said. 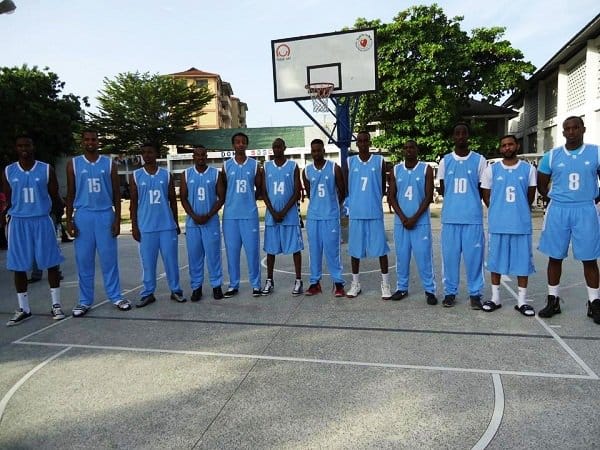 He said in accordance with the team’s performance, he was very hopeful they will score more other big victories in the future.

For his part the Somali consul to Tanzania Dr. Mohamed Diriye Elmi who himself has been at the Stadium to watch Wednesday’s match said the Somali boys helped the restoration of the country’s lost publicity.

“They made me very happy today and yesterday, because they won and took the Somalia’s blue flag up to the blue sky. I am really very proud of what these young boys have done for the country. They are now at the semi-final and I am very hopeful they will win next match,” Somali consul to Tanzania Dr. Mohamed Diriye Elmi told the Somali Sports Press Association via phone from Dar Es Salaam on Wednesday evening.

On Friday the Somali national team will play against Rwanda.