A colorful ceremony was organized to welcome delegates and athletes from Somalia and Colombia at the 2012 Olympic village in east London on Friday morning.

It was a very joyful experience when the Somali national anthem was played, tears fell down on cheeks of the jubilant Somalis as the flag of Somalia was raised. 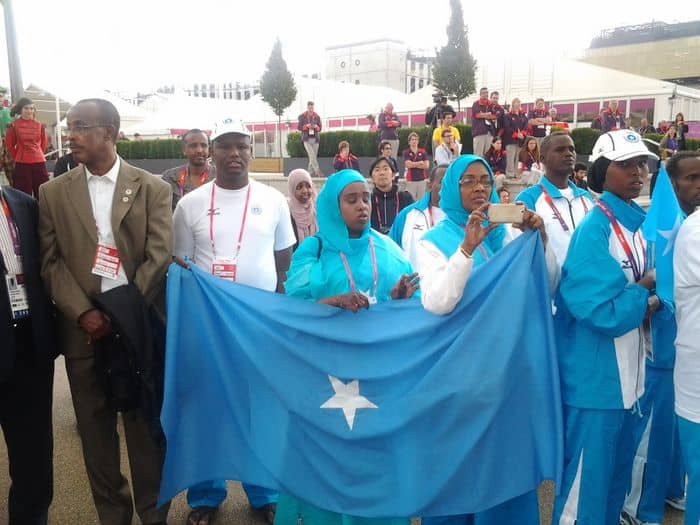 While in the UK, the Somalis have been holding welcome ceremonies for the their delegation since Somalia time arrived on Wednesday morning.

“Today I am very cheerful, because I had never thought that I will meet the Somali athletes representing our homeland, but it happened today and that is why I am very happy.” a 19 year old girl Hafsa farah told the media during the Somalia welcome ceremony on Friday. 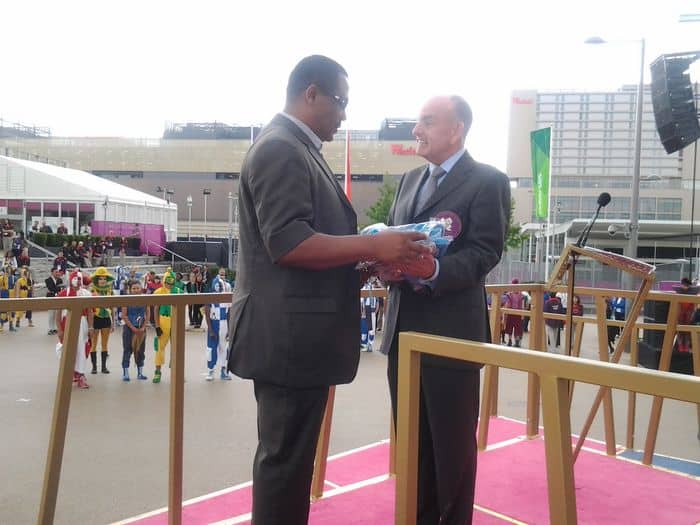 Hafsa was born in the UK. In 2002, she first visited her homeland while she was 9 years old.

“I am very hopeful to return to peaceful Somalia in the months to come,” the teenage girl added.

Somali poet Abdullahi Bootaan Hassan who represented Somalia in the Olympic poetry Parnassus was also there to share the pleasure with the rest of Somali community members at the welcome ceremony on Friday. 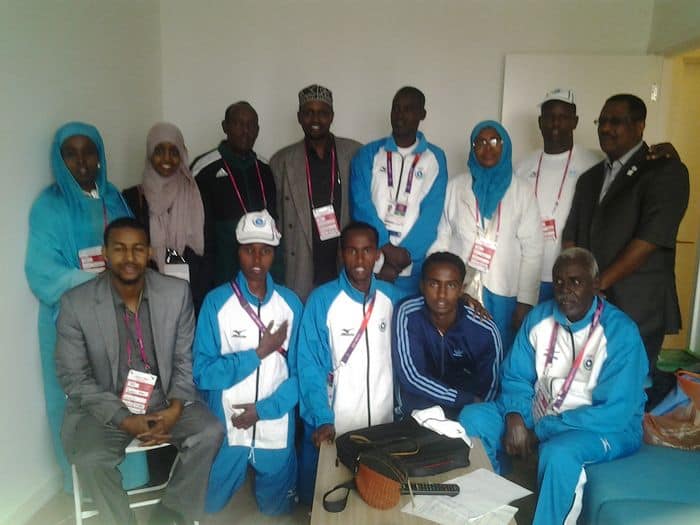 Somalia is among the 17 countries whose poets were short-listed as the frontrunners of the Olympic poetry Parnassus competition held in June 26-July 1st.

Somali Olympic delegation chief Omar Abdulkader Baarajab said it never happened in the outside world that a delegation from Somalia receives such great welcome.

“Somali community members in the UK are praiseworthy for the high level reception of their brothers,” he said.

He also thanked the UK government, the Olympic committee and people of UK for the good organization and hosting this big global event.