The Somali Youth League II launched youth and sports development center in the city of Dhuusamareeb, the provincial capital of the central Galgaduud region, which is about 550 kilometers north of the capital.

Somali Youth League II has been traveling in Central Somalia for the past several days.

According to the chairman of SYL II, Mr. Farah Hajji Ali, the centre was launched at the end of lengthy-meetings with moderate Islamist administrators, youth and civil society associations in the city. 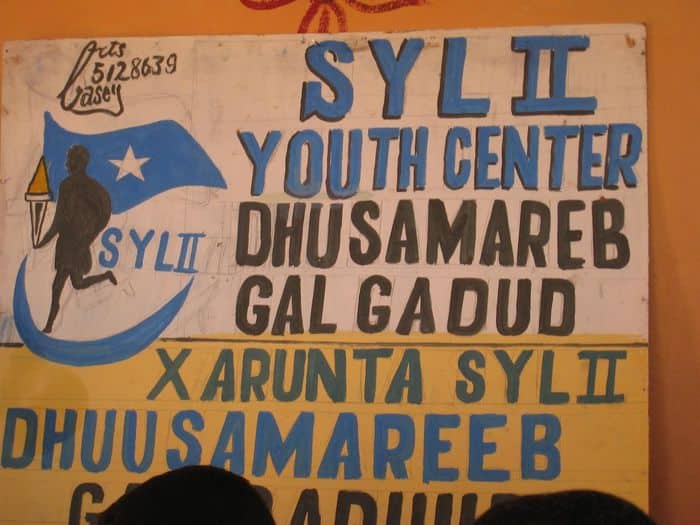 “The launching of this youth and sports development center is part of our annual plan to reach every where in Somalia before then end of this year,” SYL II chairman told reporters during the launching ceremony of the new center in central Somalia.

“We are using different kinds of sports events. But football is major for us since it is the most popular sport in the world and in Somalia too,” SYL boss said in his address. 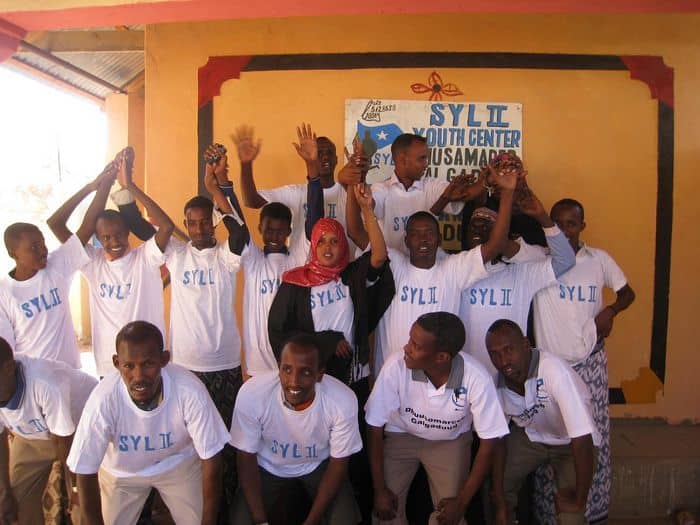 The chairman said that in the first phase at least 70 young boys have been encamped, while in the second phase about 200 others will also be encamped. “They will be taught football,” SYL chairman Farah Hajji Ali said.

“This is a very positive step forward and our administration is hopeful that thousands of recruited children can be disarmed under this program,” Sheik Aden Mohamed Dhimbil Dhusamareeb Mayor of the moderate Islamist group Ahlu Sunna Wal Jama’a told the opening ceremony. 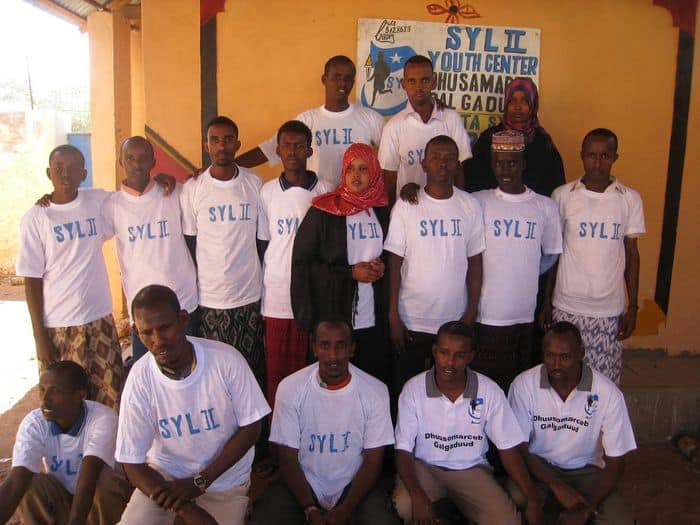 President Said Mahmoud Nur of Somali Football Federation has vehemently welcomed the opening of such center which he believes will help disarm many recruited youths through football for peace and other programs.

“SYL two is our partner and we will send coaches and contribute adequate football equipment to the center,” said Somali Football Federation president Mr. Said Mahmoud Nur who addressed the launching ceremony via telephone.

Since 2008, SYL II had implemented more than a dozen peace building and job creation programs for thousands of former child soldiers, street boys and some from poorer families.

At least 50 of those are currently working at SYL offices throughout the country while the rest are self-employed after they were given financial support.