Despite the sadness and shock over the sudden death of the late president of the Somali Football Federation Said Mahmoud Nur, the SFF successfully concluded different football-related courses as part of its regional development program in the Gal-mudug state over the weekend.

The development courses assembled 80 persons who were 40 future referees, 20 coaches and 20 football administrators with the assistance from the Gal-mudug semi-autonomous regional state which hosted the courses. 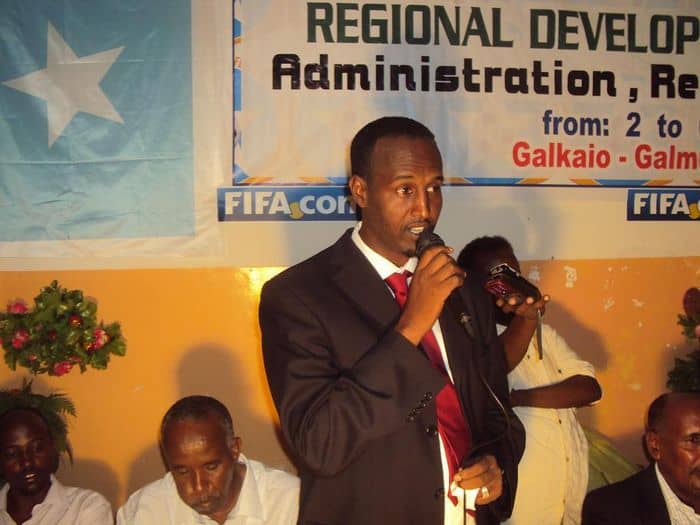 Female trainees were among those who were taught sports administration-related lessons during the week-long courses.

SFF secretary General Abdi Qani Said Arab who first addressed at the conclusion ceremony said the courses ended in successful manner and praised the regional state for the good hosting and the media outlets for the professional coverage.

He told the trainees to pass what they have learned to other people in their regions. Aside from promoting football in the country, the Somali Football Federation also fights against tribalism, ignorance and drug abuse against the young people. 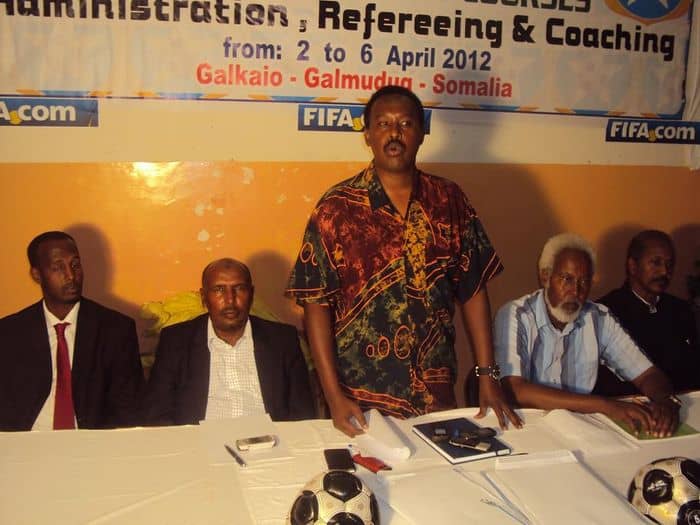 “we want every one of you to relay this message to your respective region,” the secretary General told the participants adding that fighting against recruiting child soldiering is one of the important targets of Somali Football Federation.

The SFF deputy vice president for regional development Abdulahi Abow Hussein added that his department is also prioritizing the spread of football knowledge throughout all regions across the country.

“On behalf of Somali Football Federation, I would like to thank the Gal-mudug state for the high level hospitality,” the vice president said in his address at the conclusion ceremony over the weekend. 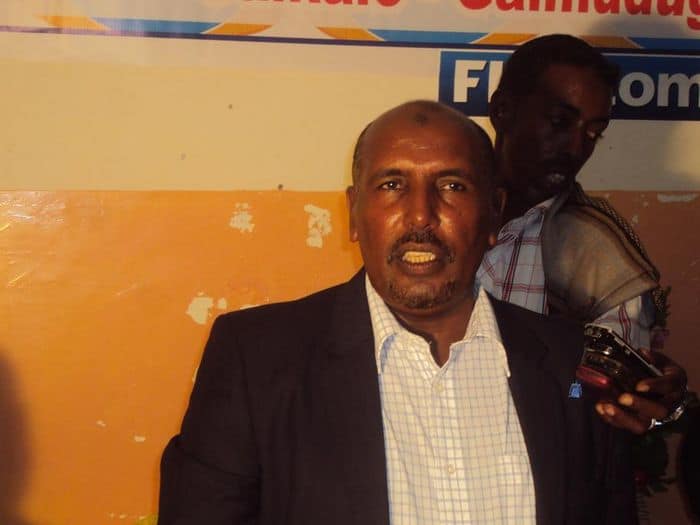 High profile politician Ali Hashi Dhorre told the ceremony that other than knowledge, the other very important thing benefited from the courses was integration of young people from different regions became friends during the courses.

“I am very much grateful to Somali Football Federation for the construction of the first ever sports centre in our region. This will help the development of sports in our area,” the well-known politician noted. 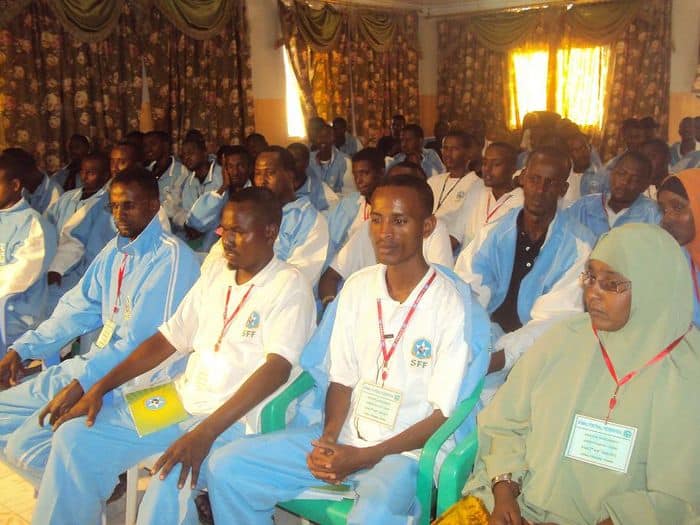 The Mayor of the host city of Galkaio Seinab Osman Hassan said she hoped for safe returns of the trainees to their regions and urged the SFF to organize more other courses and competitions in her city.

“Be at home in our hometown. We were really very grateful of your stay here,” the female Mayor told the trainees.

Some of the trainees who spoke at the closing ceremony on the behalf of their colleagues requested Somali Football Federation to organize other courses for them in a bid to enhance their knowledge in football. 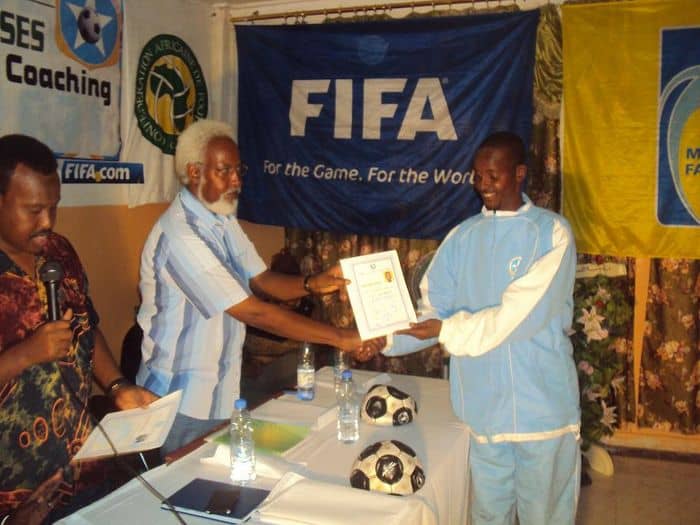 The region’s minister for youth and sport Sadeq Dahir Mire thanked the trainees from regions for their efforts and commitment to football.

“You came from distance places in search of football education. This shows that you are very committed to this kind of game,” the minister said at the closing ceremony over the weekend.

“The Somali Football Federation has really helped me to succeed in my duty as a minister of sport. I am particularly very much grateful to the SFF and its authorities,” the minister added before announcing that the week-long football development courses has ended.