Hassan Egueh of Djibouti and Idam Mohamed of Sudan were picked to be the first and second assistant referees of the match, and Israel Mujuni of Tanzania is to be the fourth official. 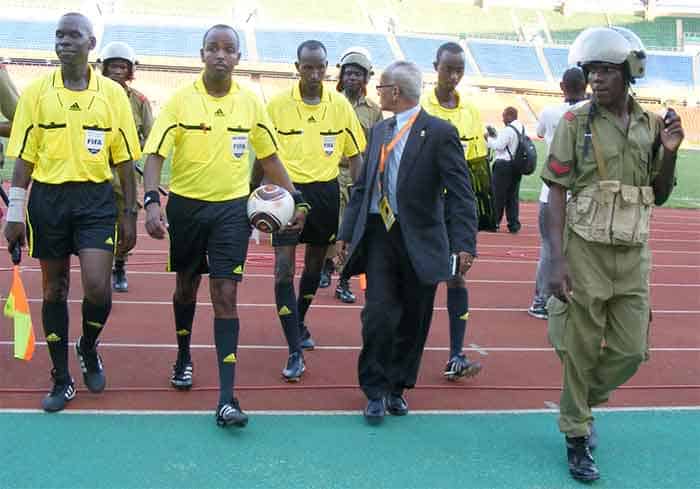 It is the first year for Mr. Yeberow, who came from war-ravaged Somalia to serve as a FIFA referee.

The club competition was the first tournament for the young Somali International referee to officiate. It was only a few months ago that he was listed as a FIFA referee.

In these photos, Rwanda plays against Uganda. The Rwandan team emerged unbeaten, most recently winning over Sudan 2-1. Uganda had previously beaten the defending champions, Kilimanjaro Stars 3-1.

Uganda has beaten Rwanda a number of times, in previous tournaments. 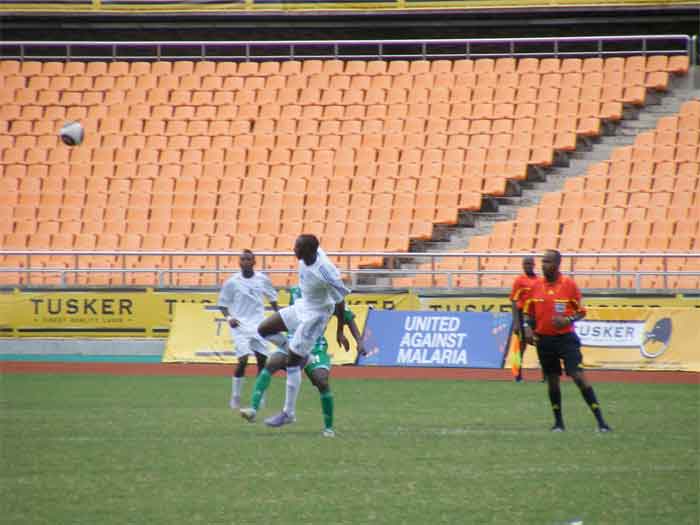