As part of its policy in promoting sports throughout the country, the Somali national Olympic committee has on Saturday opened a new office in the city of Beledweyn, the provincial capital of the central Hiiraan region, where the region’s ports governing body will use as its work place.

A colourful ceremony which intended to mark the launching of the new office was held in the presence of high sporting officials including Galgadud regional sports committee chairman and Somali NOC representative Abdirashid Aden Rooble who on behalf of Somali NOC presented a complete office equipments to the Hiiraan regional sports committee secretary general Abdi Karim Hassan Abdulle Qalaad. 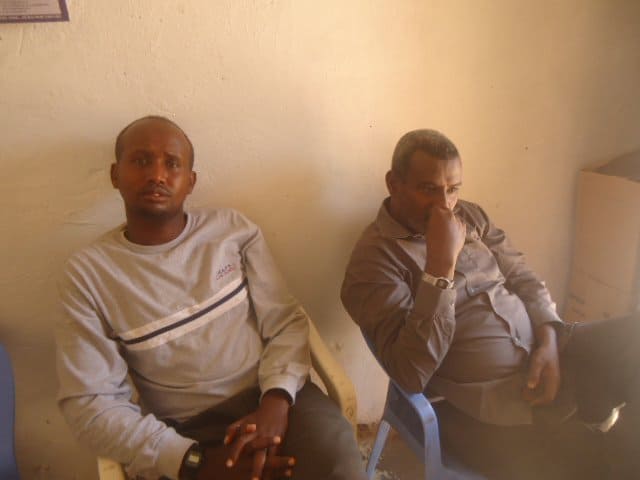 “The region is now free from the Al-Qaeda-affiliated terrorists who banned all sporting activities here for years and taking advantage of this golden chance we are putting all efforts together in a bid to recover from the past setbacks,” the regional sports committee secretary general Abdi Karim Hassan Abdulle Qalaad said at the launching ceremony of the new office Saturday.

Mr. Qalaad added they are grateful to the Somali National Olympic committee for its continued support to revive sports in the region whose people suffered from years of restrictions and sports ban due to insecurity.

“Now we are going to move forward,” added Mr. Qalaad who urged Somali Diaspora community from his region to help the growth of sport in Hiiraan region.

Somali Olympic committee secretary General Duran Ahmed Farah who addressed the launching ceremony of the new office via phone from Mogadishu promised that Somali NOC will give more priority to the promotion of sports in regions across the country.

“On behalf of Somali NOC I praise the cooperation between the governmental regional authorities, sports volunteers and the entire people in Hiiraan region who showed full commitment to sport. I urge you to continue on such way because unity is strength and will help the progress of sports in your region. Somali NOC will stop at nothing to help you go forward,” Secretary General Duran Ahmed Farah noted in his via phone address.

He said Somali NOC has drawn a complete strategic plan which intended to build sports in region across the country from the bottom.

“I am sure this plan will make real changes of the new look of sports development in Somalia in the next 18 months,” Somali NOC Secretary General Duran Ahmed Farah emphasised.