Somali National Olympic committee (Somali NOC) on Monday successfully concluded its annual general assembly in Mogadishu during which many different agendas regarding to the country’s sports development were raised. The two-day long assembly was held at the Sahafi International hotel in Mogadishu where most of the sports-related meetings are usually conducted.

Delegates from national sports federations, Sports associations and Somali youth and Sports ministry delivered constructive ideas about how the war-weary country’s sports can be developed. 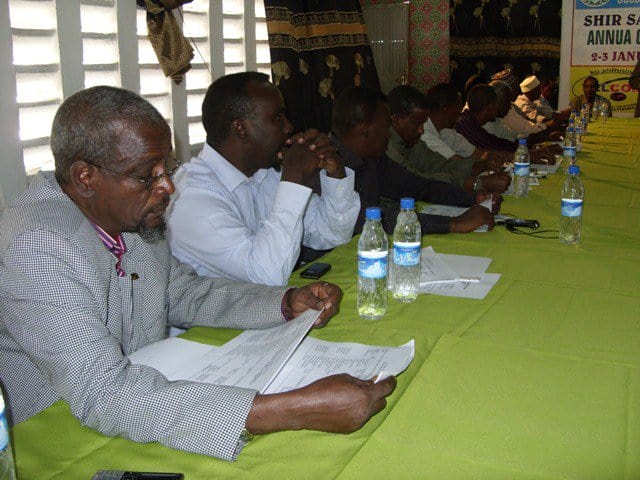 “I know that the NOC and its federations are very important for the Somali people, because you have guided uncountable number of youths from bad habits they were involved like taking part in civil wars or drug abuse and we want you to redouble such good work,” the minister told the general assembly. 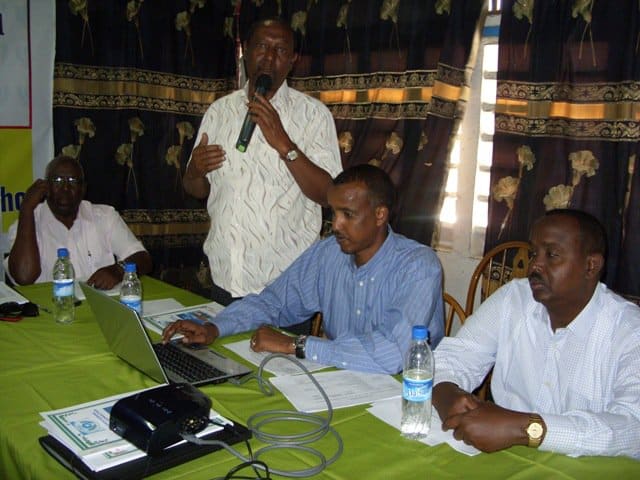 “As a ministry we are ready to have a good cooperation with you and we hope the same from your side,” the minister stated.

President of Somali Olympic committee Aden Hajji Yeberow told the assembly that his organization had achieved a plenty of things since he came to power on March 18th 2009.

“The tangible moves we took forward include the participation of world youth Olympic games in Singapore last year which was the first of its kind ever held in the globe,” the NOC president said. 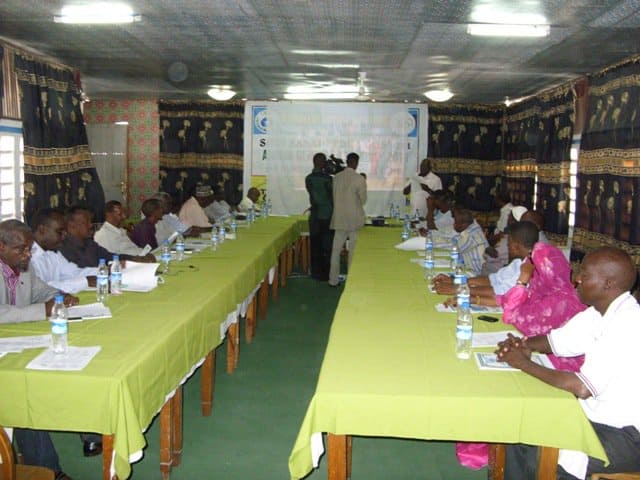 He said that the on-going construction of OlympAfrica centre in Somalia which is due to be completed by the end of March this year was an other great achievement which is worth to be mentioned.

“Under the OlympAfrica program in Somalia we have also repaired main sports facilities in the country including: Bosasso Stadium, Mire Aware stadium in Garowe and Abdullahi Isse Stadium in Galkaio,” the Somali NOC president added. 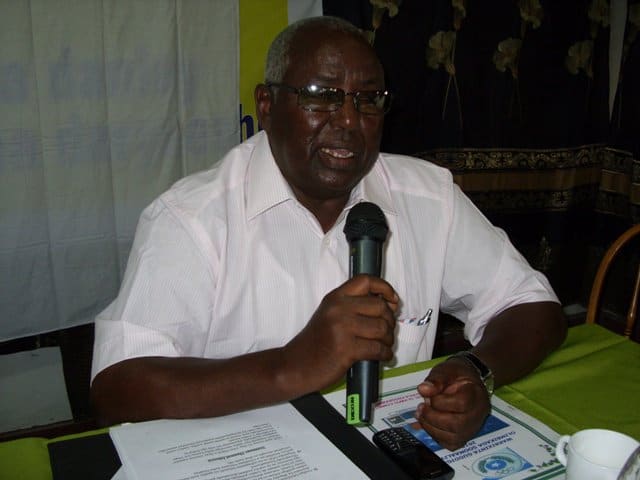 The NOC president sent particular thanks to Olympic solidarity, ANOCA, IAAF and Daimler for their assistance in implementing the OlympAfrica center in Somalia which became one of the latest African countries to achieve the OlympicAfrica program aimed at helping African countries get sophisticated sports facilities.

First voice president and head of international relations Duran Ahmed Farah for his part gave detailed information about the Somali NOC strategic plan for the next four years. 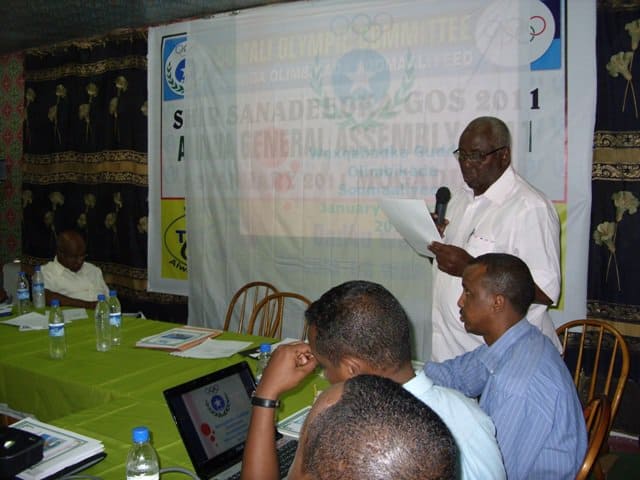 He said that NOC Somalia is very much interested in upgrading the knowledge of sports administrators through out all regions saying that with out developing the administrative and technical education no progress can be achieved.

The Somali NOC strategic plan for the four years to come include more, but the most important sectors presented by the assembly are as follows:

1: The 1st priority will be given to developing managerial capacity of Somali NOC members, federations, sports associations and regions. 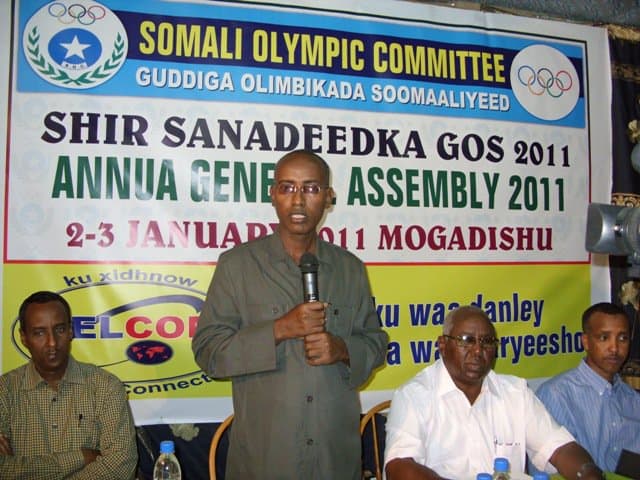 2: At least two advance sports management courses will be implemented in different regions before 2014 and about 40 administrators will take advantage from theses courses.

3: About four coaching courses will be held for at least 80 coaches from different federations.

4: The Somali NOC will build sports facilities for 25 schools in various regions and coaches will be trained for those schools as kind of Somali NOC’s sports development program. How ever Somali NCO first vice president and head of International relations Duran Ahmed Farah called all on national sporting federations to spread sports activities in entire Somali regions. 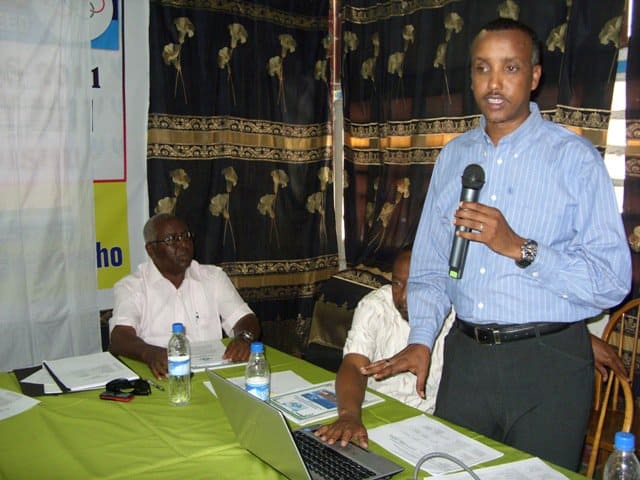 Somalia Fell into anarchy in 1991 and all the country’s constitutional institutions were completely devastated, but the Somali NOC and its member federations represented the war-ravaged country in international sports gatherings since then.