Militias loyal to the Al-Qaeda-linked Al-Shabaab militants in Somalia have arrested a Somali National football squad member Sa’ad Saleh Hussein who was caught early on Friday in the city of Afgoye about 30 kilometers south of the capital Mogadishu.

“We are still frustrated and we don’t know about his faith we went to Al-shabaab custody here in Afgoye late on Friday and they told us that the boy was found of guilt against Islam, really we don’t know what to do,” one of Sa’ad’s relatives who demanded anonymity because of security reasons said Saturday.

“They didn’t describe what kind of crime he committed,” the relative said adding that the young star who lives in Afgoye was daily traveling from there to Mogadishu for training as he was member of the Ocean stars preparing for the 2014 FIFA world cup qualifier clash against Ethiopia. 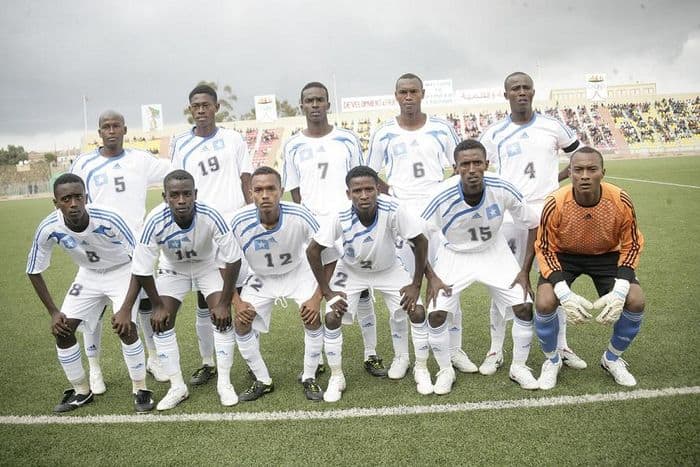 “They haven’t described the reason of his arrest, the footballer usually went to Mogadishu for training secretly may be they have got information about his daily travel for soccer training sessions,” the anonymous relative said.

Somali Football Federation has not yet commented on the arrest of the prominent national team member Sa’d Saleh Hussein who is currently 19 years old.

Somali Islamists banned football in 2006 and termed it as a ‘satanic act’ but despite all difficulties Somali Football Federation has been working in the lawless country since then.

I will follow the matter and will file any reports about the star’s arrest.