Somali football federation secretary General Abdi Qani Said Arab said at the ceremony that Somali soccer referees haven’t had such a high level course for more than twenty years and that is because of the civil strife that has torn Somalia. 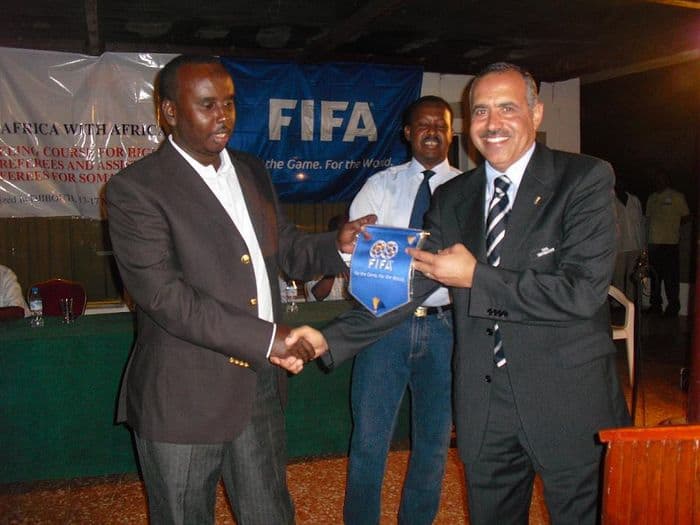 “We need knowledge and if the country is not safe, we have come to the decision to hold our course here in this brother nation which we can describe the second Somalia, and I have to thank FIFA which allowed us to organize our courses in Djibouti” the secretary general said.

Dr. Shenoui Ahmed from FIFA refereeing development office, who first spoke at the closing ceremony said that he was very happy with the successful end of the WIN IN AFRICA WITH AFRICA course. 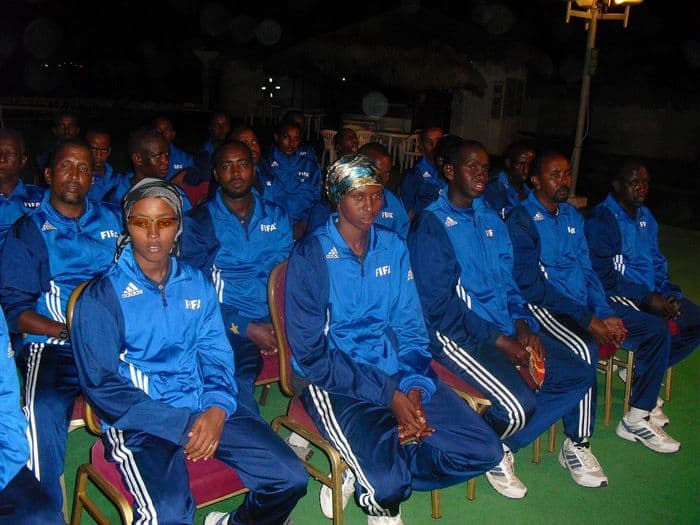 “Although there is no peace and settlement in your home land, then I see that you are struggling to keep football working in Somalia” Dr. Shenoui Ahmed said directing his words to Soma football federation authorities whom he said had done all they could to promote football in the lawless country.

“On behalf of FIFA I am happy with the good job we have done for the past few days, and I will ask FIFA to hold more courses for you, because you are committed and I hope the future courses will take place in Mogadishu after peace has returned to it” Dr. Shenoui added, as SFF leaders, referees and other guests lauded his remarks. 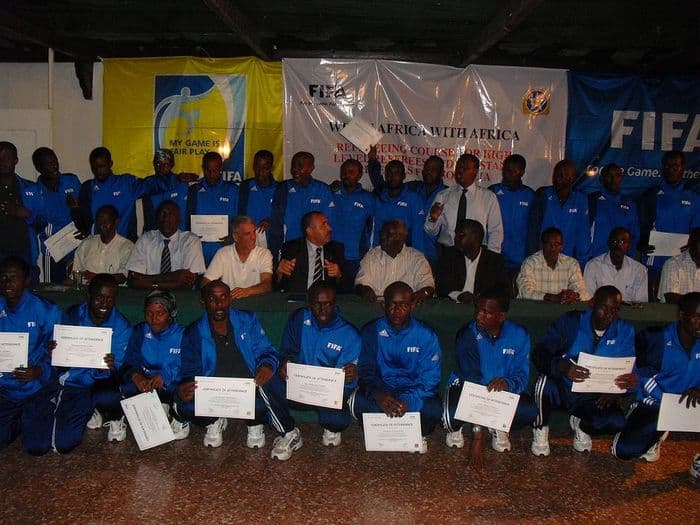 The president of Djibouti football federation Hussein Fadoul Dabar who addressed at the ceremony stated that his country, government and the people are very happy that Somali football is growing vastly despite insecurity and lawlessness in the horn of African nation. 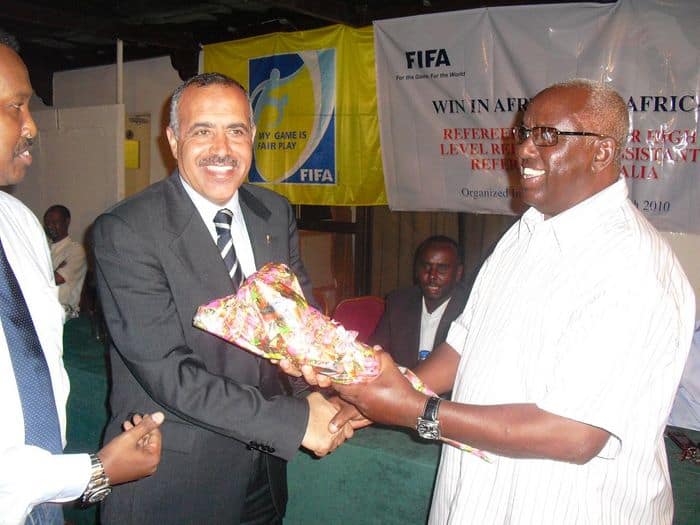 “On behalf of Somalia, I hereby declare with a loud voice that without the constant support and encouragement from FIFA Boss Joseph S. Blatter and his Somali-loving staff, Somali football would have died down” president Said Mahmoud Nur said. 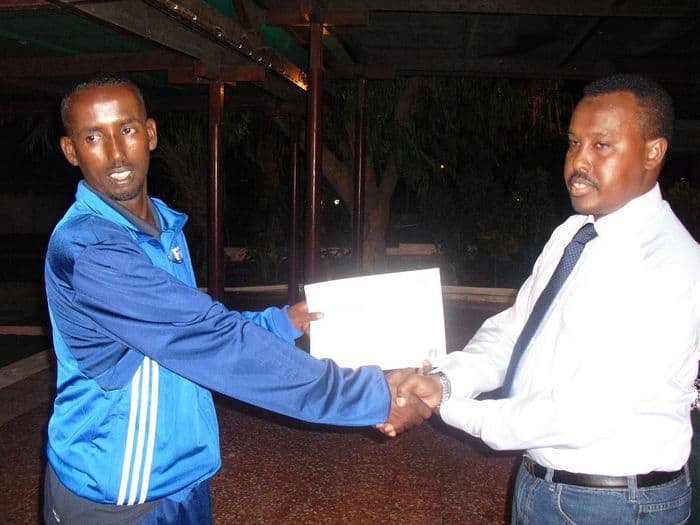 “This is the sole most active federation we have and that is why I can say it is our legs, although there are some other federations which are working and I am praising Somali football federation authorities for the good job they are doing for the entire Somalia,” the Somali NOC president stated before announcing the closure of the course.

Somali football is experiencing one of the most difficult times it ever faced in the chaotic country where the nation’s largest football facility stadium in Mogadishu is home to hundreds of Alshabab militants who use it as a training base.

Built in 1978 by the Chinese government, Stadium Mogadishu was once the largest and most beautiful stadium in Africa and the Arab world, but now becomes the worst and ugliest stadium in the whole world after two decades of fighting and lawlessness in the war-ravaged horn of African nation of Somalia. 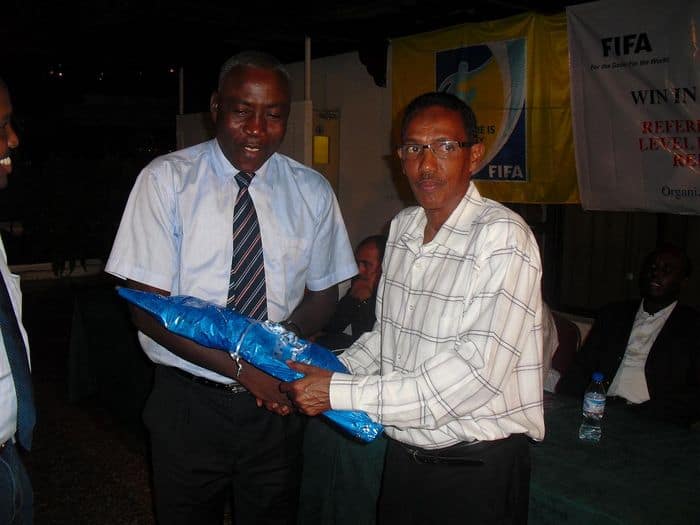 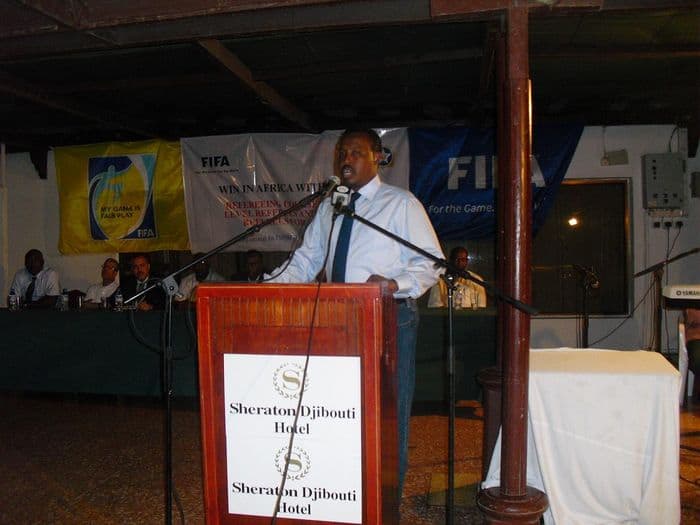 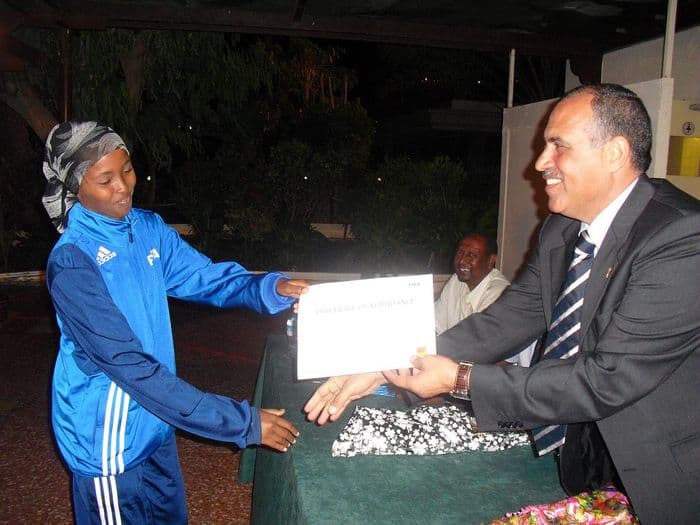 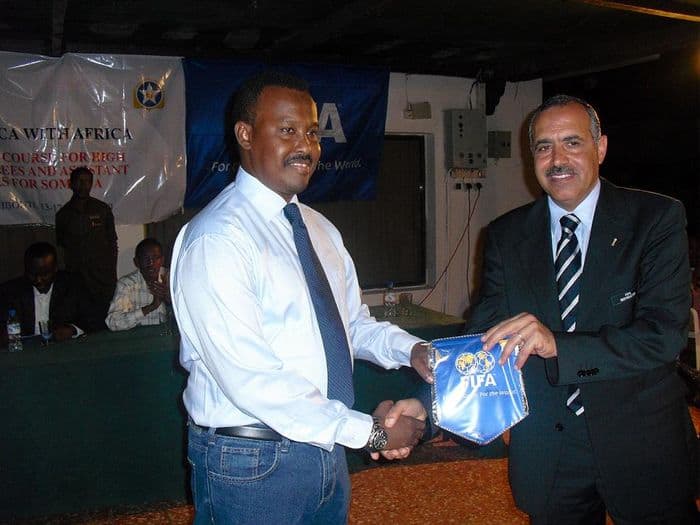