In a press statement issued after a lengthy meeting at the Shamow hotel in Mogadishu, Somali Football Federation president said that his meeting with Hormuut Telecom chairman Ahmed Mahmoud Yusuf and the company’s deputy general manager Ahmed Abokar Hassan was very fruitful.

“Our meeting marked the beginning of our relations and we have discussed on how the Hormuut Telecom would take a great role in the promotion of football activities in Somalia,” the SFF president said in his statement on Sunday. 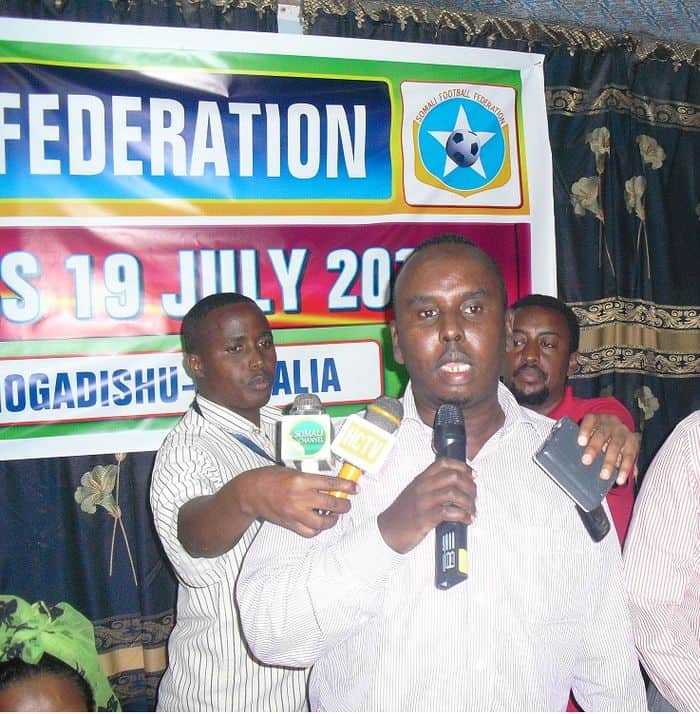 He said that the success of last year’s regional football tournament for peace and development which assembled 15 Somali regions for the first time in history has attracted the attention of the whole world. With the popularity of the football federation, many companies are now interested in football.

Hormuut telecom is the largest telecommunications company in Somalia where at least 90% percent of the people use its mobiles. The meeting between SFF boss and the authorities of Hormuut telecom was the first of its kind. The president said that both sides will have another big meeting in two weeks time.

“They have promised to establish a tangible cooperation with us and we are very hopeful that they will sponsor some of our programs,” the Somali Football federation president said in his statement which was distributed to the media by SFF media department.

Hormuut telecom has been working as a humanitarian organization in Somalia where it distributed food relief, pure drinking water, tents and other house materials to tens of thousands of displaced Somalis in Mogadishu.