Scores of football fans and players in the Waberi district in Mogadishu stormed the streets around presidential palace to show their protest against the occupation of small football field in the district.

Somali government has turned the football field into a feeding center for draught-displaced people.

The young demonstrators first convened in front of the Waberi district commissioner’s compound and then marched toward Mogadishu Mayor’s office where they demanded the stadium to be returned to the people’s hands. 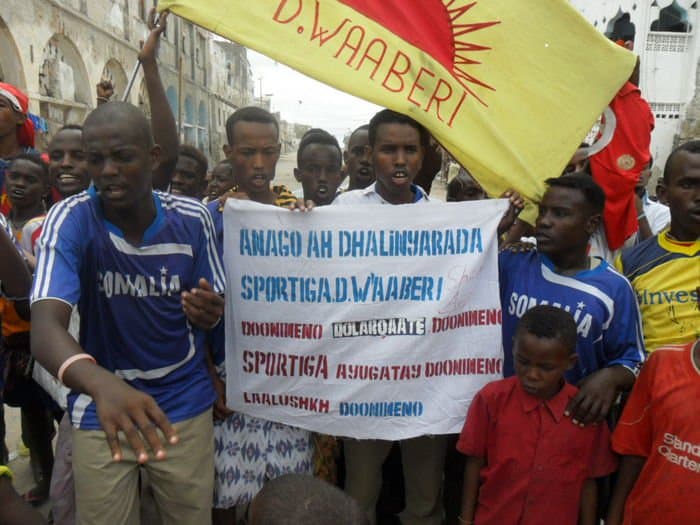 “We call on the Somali government to look for another solution because there are more areas where it can use as feeding centers for refugees. It is impossible that a sporting facilities are closed or used for other purposes,” Said Amir Ali Wardhere who was leading Monday’s youth demonstration.

“We need somewhere to play sport when we are back from schools in the afternoons or on Fridays. We have presented our complaints to Mogadishu’s deputy mayor and he promised that our problem will be solved,” Wardheere told the media.

The youths said they were very hopeful that the Somali Sports ministry will look for a lasting solution for the problem. 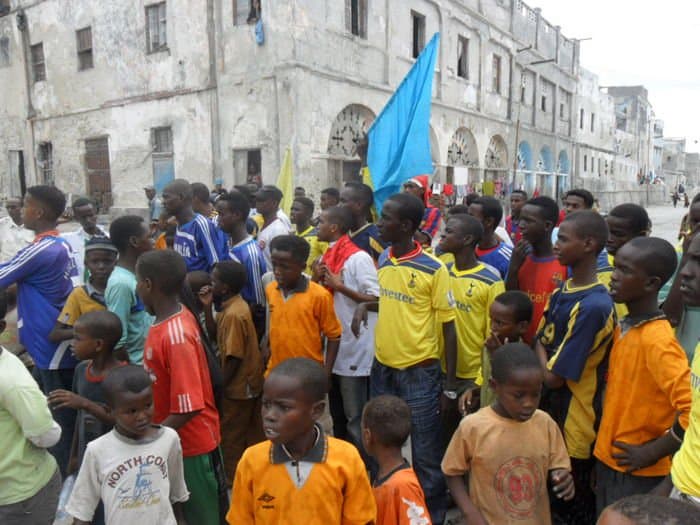