With the Somali Football Federation aspiring to enhance the quality and quantity of its umpires, a 4-day training course for 23 top level soccer referees was concluded in the capital Mogadishu on Tuesday.

The course was conducted by high profile instructors including Ali Mohamed Ahmed and Abdi Abdulle Ahmed who recently benefitted from the FIFA Futuro III course in the Tanzanian capital Dar Es Salaam. 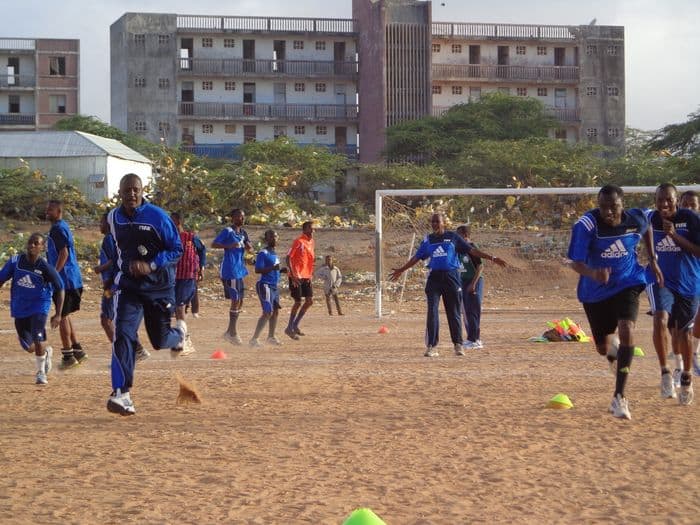 “The objective of the course was to update the referees of the latest changes, interpretation and implementation to the laws of the Game. At the end of the course all referees underwent the Trivia, a match analysis and offside quiz. We strongly believe that the referees gained important points of the course and will implement on the ongoing Somali senior league,” SFF education officer and referee instructor Ali Mohamed Ahmed told the closing ceremony. 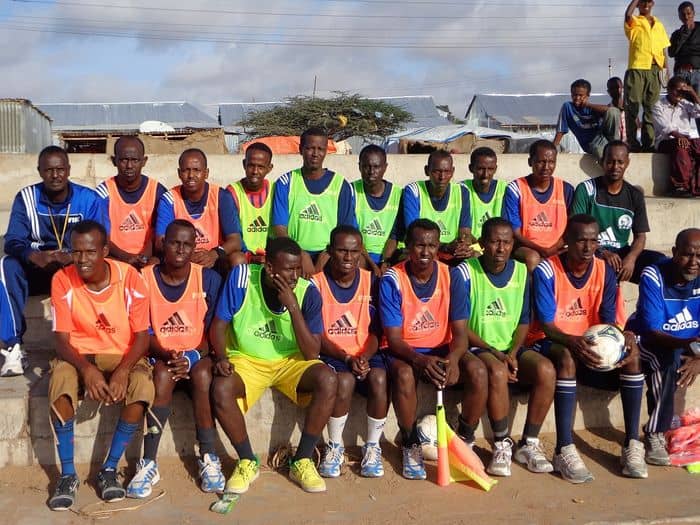 Somali Football Federation secretary General Abdi Qani Said Arab announced a major point in the SFF policy is to increase the knowledge of football in general and in particular the refereeing sector.

“Referees are the strongest pillars on which Somali football stands, because it is the department of justice for football competitions which cannot go without you and that is why we are aiming on developing your skills,” secretary General Abdi aqani Said Arab told the referees during the closing ceremony. 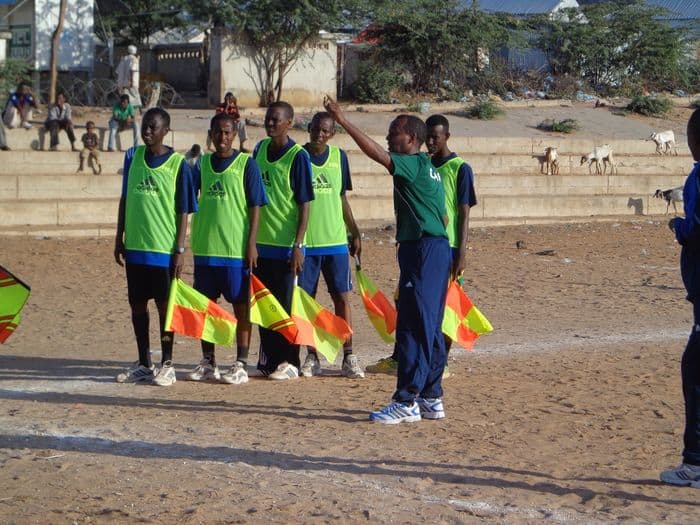 For his part, the president of Somali Football Federation Ali Said Guuleed Rooble told the ceremony that the SFF schedules to increase the number of its local refereeing courses by next year, since he said Somalia intends to have hundreds of talented football referees by the end of 2014.

“I thank the instructors who are spending much time and energy in the development of the refereeing sector. We are really very much confident in them,” said the president who urged the referees to exhibit their ability and knowledge during the matches to come.

The course continued between 29 September-2 October 2012 and the lessons taken during it include: