Football coaches from first division clubs and regions across the country have benefited from a five-day long FIFA MA coaching course for senior Somali Football coaches held in the neighboring Djibouti.

The course which continued from 5th-9nth of June was the second FIFA level course held for dozens of Somali football coaches abroad. The FIFA instructors have previoulsy failed to arrive in Somalia for security reasons. 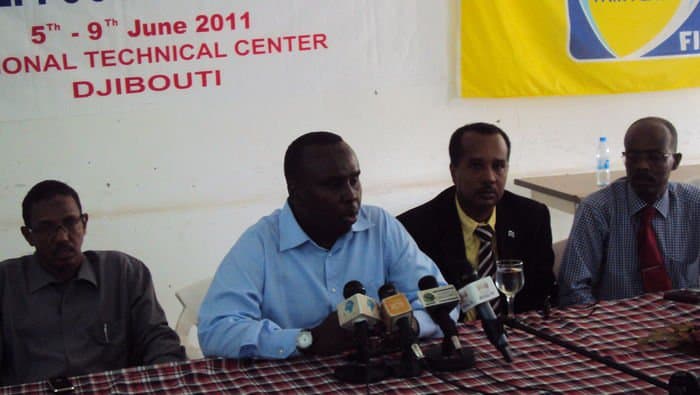 A very large ceremony culminated the FIFA level course for 30 Somali coaches on Thursday at the national technical centre of Djibouti Football Federation in the presence of high profile Somali NOC, SFF and Somali government officials.

Somali Football Federation Secretary General Abdi Qani Said Arab who first delivered his remarks said his federation did their best to have a successful course for the Somali coaches.

“This is not the first course for Somalia to be held here. We all know other coaching courses was previously hosted here. I would like to tell you that without the brotherly help from the Djibouti president and Football Federation couldn’t have achieved such progress,” the Somali FA secretary General told the ceremony. 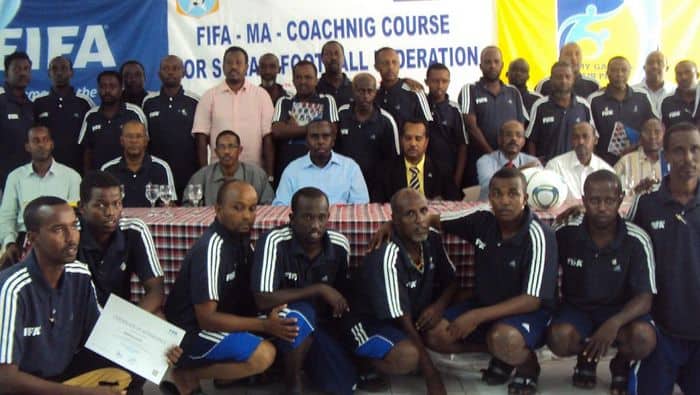 On behalf of his organization, the FIFA lecturer at the Somali course Mr. Ulric Mathiot praised the Djibouti FA’s close relationship with Somali FA. He said he admired how well the federations are jointly working in the field of football development in the war-ravaged Somalia.

“I am very pleased to be with you here again and your commitment to promote football in your country really satisfied me. I will ask FIFA to give Somalia more courses,” the FIFA instructor Mr. Ulric Mathiot said.

Somali Football Federation authorities praised Ulric Mathiot who is from the small island in the Indian ocean of Seychelles for sharing his expertise in the field of coaching.

“I am very happy with what I have seen here this week. The coaches were very keen on the course and that encourages me to ask FIFA for more courses to be held in Somalia,” the lecturer emphasized.

The president of Somali Football Federation {SFF} Said Mahmoud Nur told the coaches they have embraced a great national responsibility.

The president of football federation in the brother nation of Djibouti Hussein Fadoul said that people in both countries are descended from the same origin and that Somali Football Federation has the right to organize and hold every thing it wants in Djibouti.

Somali consular to Djibouti Abdirahman Mohamed Hirabe thanked FIFA for its constant assistance to Somali Football which he said had taken a great role in peace building and the disarmament of recruited children in the war-weary country.

“In October 2009, I met here with the FIFA instructor Ulric Mathio. He was very sympathetic and I am grateful to him for helping us,” the Somali consular said in his address. 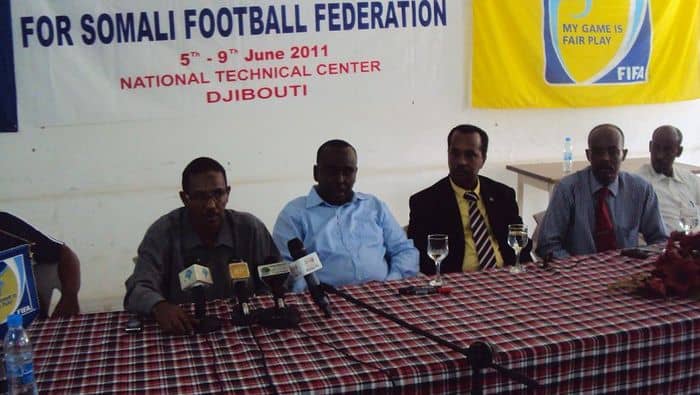 Somali deputy minister for youth and sports Ali Sheik Abdullahi praised the activities by the Somali Football federation which he said had achieved more tangible activities in the country.

“Sport is not based on tribalism, apartheid or religion. That is why ,the country’s Olympic committee and its member federations had achieved a lot that they couldn’t do without the joint and the positive job they had done before,” the Somali Deputy Minister for sport said. 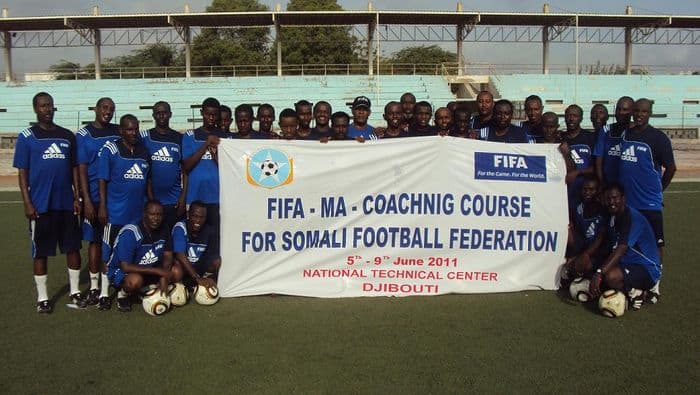 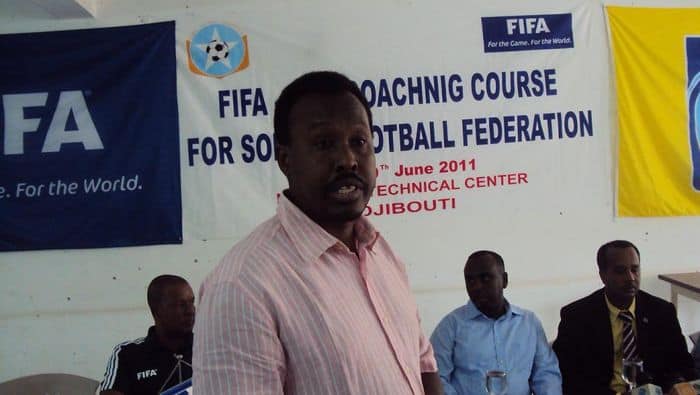 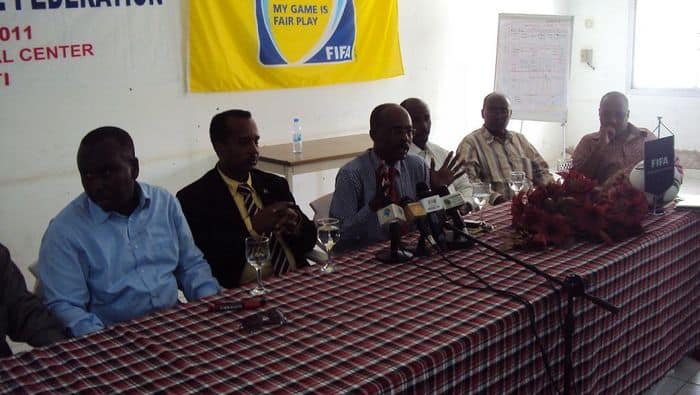 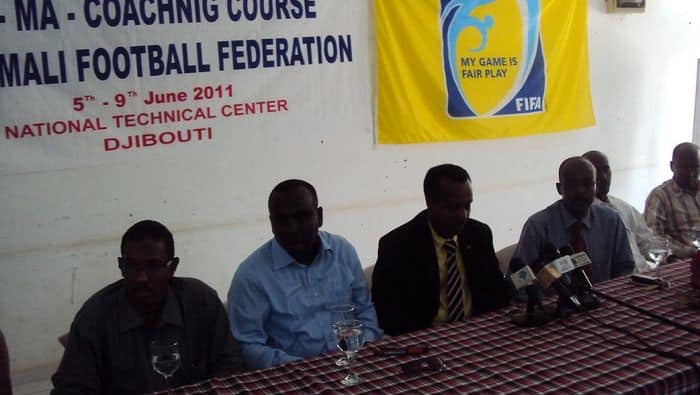 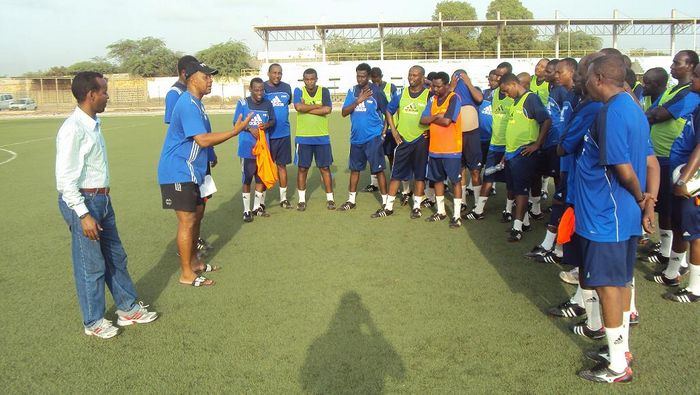