The Executive committee of the Somali Football Federation held its monthly meeting at its headquarters in the volatile Mogadishu on Saturday during which several important issues were raised. The meeting was the first of its kind since the new executive committee was elected on July 19th.

The most important agendas discussed during the executive committee meeting include: the preparations of the U-20 squad which will be off to Eritrea next Wednesday for CECAFA U-20 tourney and a-four-week training by the U-17 squad outside Somalia, before it takes on Egypt in the second leg of the African youth championships qualifying match sometime in September. 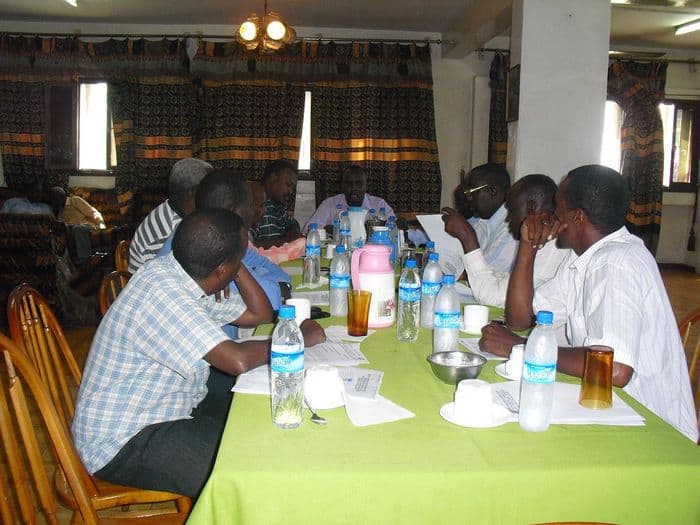 The meeting also approved the holding of football championship for the division A teams in Mogadishu and the regional football tournament, both slated for October this year.

According to a communique from the meeting, the regional football tournament will hosted in the city of Garowe, the provincial capital of the Somali semiautonomous regional state of Puntland.

15 regions and a team representing the Somali Diaspora community will participate in the regional football tourney. The competition was due late last year, but for security reasons and some other difficulties it was postponed.

Somali football federation secretary General Abdi Qani Said Arab said in his opening remarks at the meeting that SFF activities in and outside Somalia will be successive and that there will be high level seminars before the end of the year.

Before announcing the conclusion of the meeting, SFF President Said Mahmoud Nur said that his federation was ready to accomplish its duties in the chaotic country whatever it takes to them.

“I urge every one of you to work as double since a very hard job is waiting for us in this volatile country” the Somali football federation president said directing his words to the executive committee members who attended the meeting.