The General Da’ud cup which is annually held by the Somali Sports community in Saudi Arabia has officially kicked off in the city of Jeddah on Friday afternoon.

The annual cup was participated by 22 teams representing Somalis in Saudi Arabia as the teams of Banaadir and Hamar clashed in the opening match on Friday. 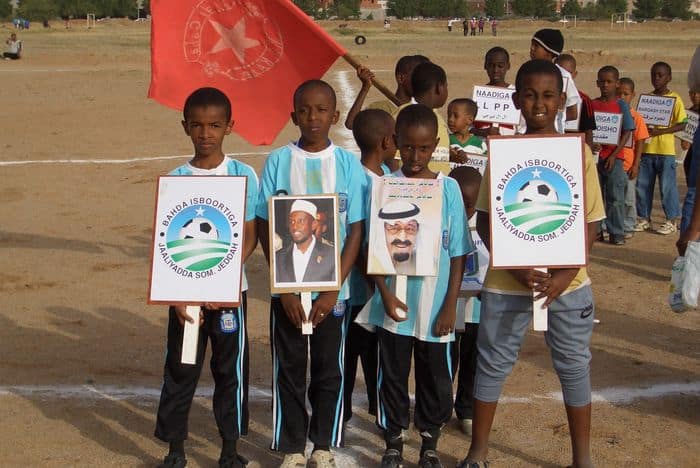 The 2011 General Da’ud cup in Saudi Arabia was arranged by the chairperson of Somali sports community in Jeddah Mohamed Aweys Ahmed with assistance from former players who currently live in Saudi Arabia.

“We annually arrange the General Da’ud cup. We are doing this to keep Somali football here alive,” the chairman stated during his address at the opening ceremony on Friday.

Chairman of the Saudi-based Banaadir FC Omar Kubri who talked to the media after his team was victorious in Friday’s opening match said that he was very jubilant at the success gained by his boys in their first match.

“I am happy with the performance of my powerful boys, we are now victorious and we are hopeful of wining the trophy” the cheerful club chairman told reports on Friday.

General Da’ud was the founder of Somali military and as a result Somali sports community every where in the world annually commemorate him with sports games mostly football.