Twenty coaches from schools in Somali capital ended today the two-day athletics workshop as kind of preparations for the country’s schools athletics competition next week.

The work shop participants were taught lessons related to how to develop athletics in schools.The Somali Athletics Federation is currently very much interested in including athletics lessons into Somalia’s school academy. 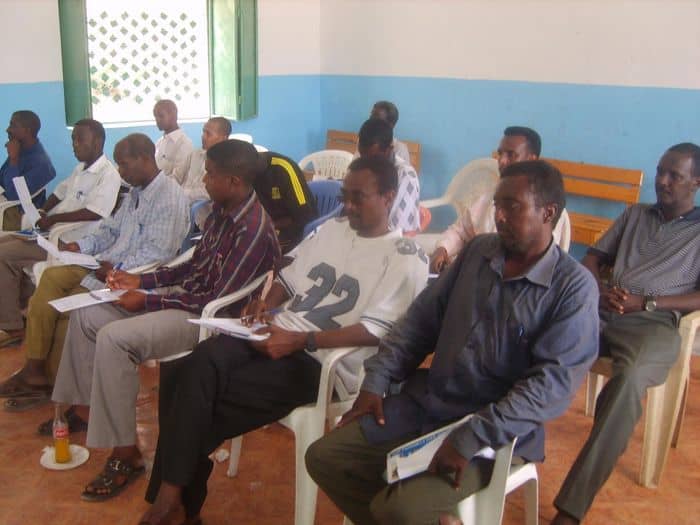 “SAF and schools managers have agreed on starting athletics lessons at schools in Mogadishu and some regions and that will help develop athletics at schools” senior vice president of Somali Athletics Federation Drs Qadija Aden Dahir said in her opening remarks at the workshop on Thursday.

“Athletics is said to be the Olympic mother, so we want to spread athletics every where in the country” the highest sports-ranking women in Somalia said during an address at the workshop opening. 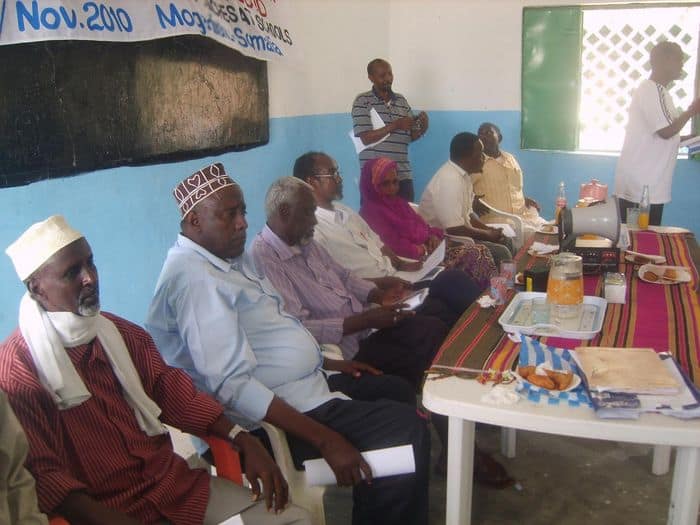 She thanked the schools managers for accepting the constructive idea to teach athletics-related lessons the children at schools.

The president of Somali basketball Federation Mr. Ibrahim Hussein Ali popularly known as Roombe who was honored to deliver speech at the opening ceremony of the workshop said that he was very much jubilant at the idea to introduce sports lessons at schools academy. 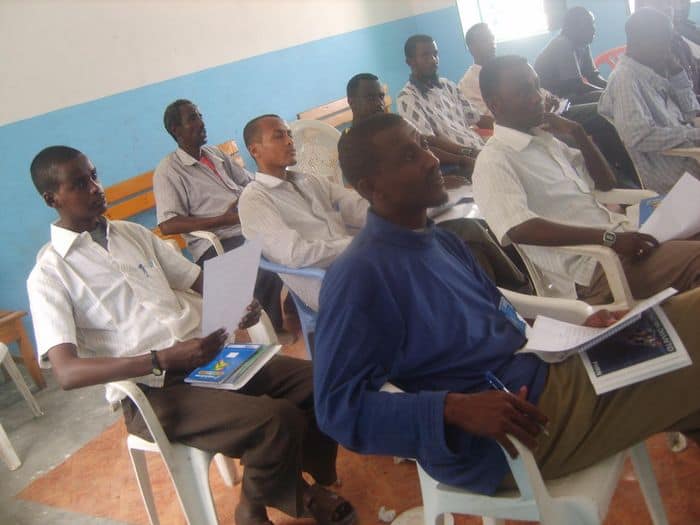 “I hugely welcome the inclusion of sports lessons into the schools academy in Somalia and I am very hopeful that such move will yield very positive results as schools were from where Somali sports was created before” the president of Somali Basketball federation an active sports dignitary in Somalia told the opening ceremony of the workshop. 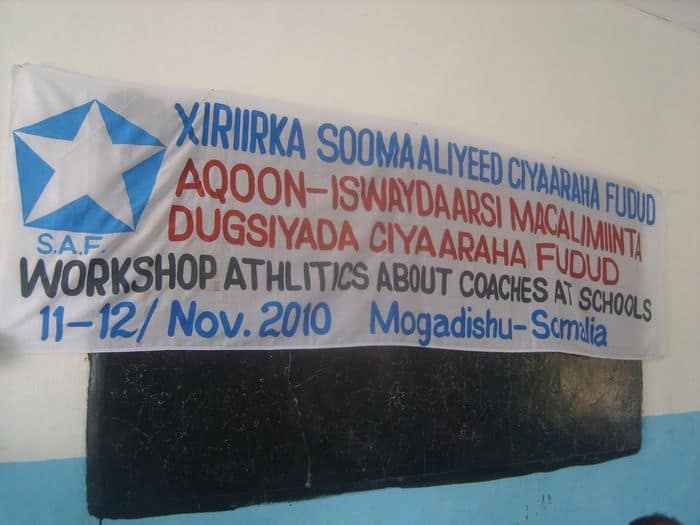 The country’s schools athletics competition will commence in the lawless capital Mogadishu next Thursday according to the fixtures issued by Somali Athletics Federation.