The second most active sporting federation in Somalia after Football, the Somali Athletics federation on Tuesday opened in Mogadishu the General Da’ud athletics cup which will last until December 24th.

The four-day competition is taking place at the open ground of Somali police academy which has in the past been working as Somalia’s Olympic city, because of the country’s Olympic village is being occupied by Islamist militants. 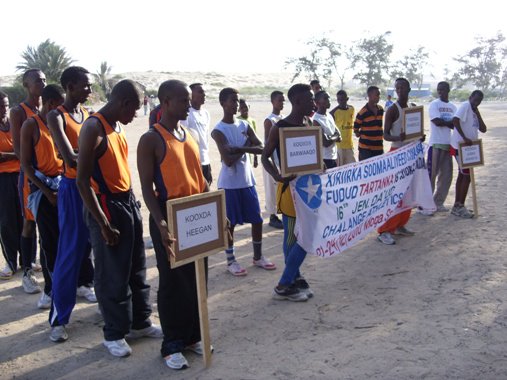 The Chinese built Olympic village has 12 different international style stadiums including the Somalia’s largest football facility stadium Mogadishu which was once the largest and the most beautiful football stadium in Africa and the Arab world, but is currently being used as a training base by the Alqaeda-inspired Somali militants. 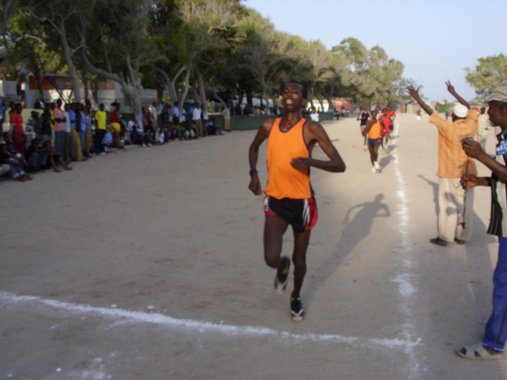 Senior vice president of Somali Athletics Federation Khadijo Aden Dahir who addressed at the opening ceremony of the competition said that 125 school children under 16 years of age and 78 other athletes from clubs will compete in different events. 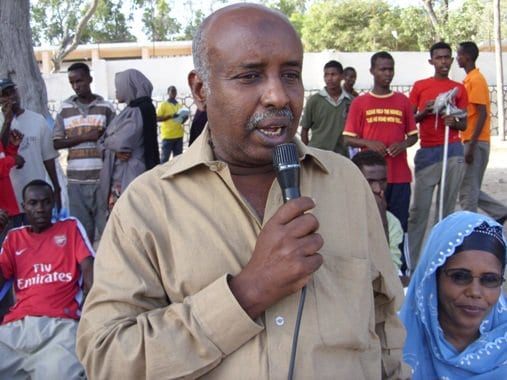 “The organizing and holding of General Da’ud cup has a very huge importance for Somali Athletics Federation, because you know who General Da’ud was and how hugely he is respected among all Somalis” the senior vice president told the opening ceremony on Tuesday afternoon.

Somali Olympic committee vice president Hassan Ahmed Abdi who on behalf of Somali NOC president opened the competition praised the Somali Athletics Federation for organizing successive competitions despite in security in the lawless capital Mogadishu where the federation is based. 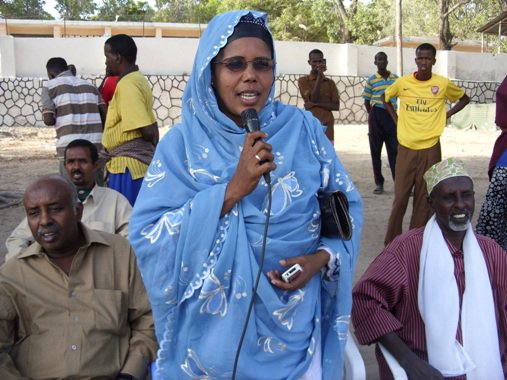 “I congratulate you (The young athletes) for your commitment to sport and I hope for you a successful competition” the Somali NOC vice president Hassan Ahmed Abdi told the young participants and then announced that the 2010 Athletics General Da’ud cup is open.

General Da’ud was the founder of Somali military and the most ever honest military leader as recorded in Somalia’s history and as the result each sporting federation in Somalia holds the annual General Da’ud cup (the super cup) in Somalia.