I made an honest effort to find the best record for 2010. Sampled hundreds of platters, make that thousands. No better than Grinderman 2, Nick Cave’s side project that assumes a transcendental Neolithic goatskin of priority. Palaces of Montezuma acts as our anthem here; the narrator is a shaman of our troubled times, unveiling a litany of doctrinal revelation, where history can be freshly reinterpreted. “The spinal cord of JFK wrapped in Marilyn Monroe’s negligee I give to you.”

I heard the recording was made carefully; that’s most evident, where every song is not over-recorded, but just the right blend of guitars, bass and vocal. You can hear the lyrics. This is important, since the lyrics of each song has a tale to tell. Some are hair-raising, like Micky Mouse and the Goodbye Man, a rant about a pair of serial-killer brothers who practice cannibalism and are protected by a demon-child ‘with her hair on fire.’ 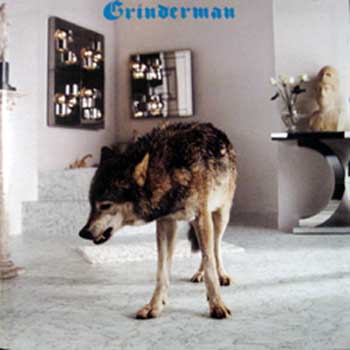 Don’t know if I’m getting it right, but that doesn’t matter, its fun and interesting. The bad twins suck down on the cadaver periodically through the song. The Coen Brothers could run with this one and it would be a number one movie. And check out the illustrations in the lyric booklet by Illinca Hopfner. Best drawings since Lewis Carroll’s artist John Tenniel.

Great caricatures of musicians’ faces in back of booklet-Nick Cave, Martyn Casey, Warren Ellis and Jim Sclavunus-Warren and Jim sporting some Rasputin-like beards. Adds to aura of Grinderman band on a mission from God to redefine rock. What’s the wolf on a pretty white marble floor all about? Primitivism in the face of civilization? I think so, this is a rich ore motherlode throughout the record. Even in Evil, Nick’s girlfriend is his record player-nice concept!

Nine songs here, all good, all very natural, very organic, as if they evolved out of loose jam sessions with the musicians and Nick added some nifty lyrics. This seems to be the way it happened, and in fact, the song writing is credited to all the musicians. In Kitchenette the anti-hero or protagonist tries to seduce a friend, whose husband is a fat couch-potato asleep in the next room; theme of primitive invasion of stale institution of marriage emerges here. Adultery could be the wolf on the cover.

The phallic imagery in Worm Tamer is omnipresent in every verse. Narrator gets his rocks off describing how he gets it on with his baby. The chord progression that wraps the lines like Chinese Christmas paper is not exactly such. Is more like a building Tsunami wave of seawater that comes billowing down at ‘For too long!’ This can be coupled with the nautical imagery of the Loch Ness Monster. 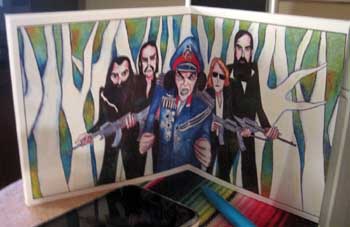 Not forcing it, you might say, this is the brilliance of Grinderman 2. Nick Cave is John the Baptist here, in the desert and fighting all the primitive forces plaguing man, both from within and without. Like I said before, I rotated many records this past year in search of a vital manifesto that can capture the present loop we find ourselves in, the angst of enigma, the quagmire of befuddlement, the quicksand of quixotic quizziocity…no that’s wrong, let me replay Palaces of Montezuma, the song of the year!