The plane carrying Somalia’s Ocean stars landed on Dar es Salaam airport at about 12:45PM local time and upon arrival Somali coach Mohamed Abdulle Farayare who talked to reporters gave details about how his team was prepared for the upcoming clash against Tanzania.

Coach Farayare denied the recent media reports that Somali team had intensively trained in South Africa, saying that the squad had never been in South Africa.

“We have prepared and trained this team in the restive Somali capital Mogadishu, it was very laughing matter to me when I heard that some media outlets had quoted the Tanzanian assistant coach as saying that Somali soccer squad was trained in South Africa” coach Farayare told reporters. 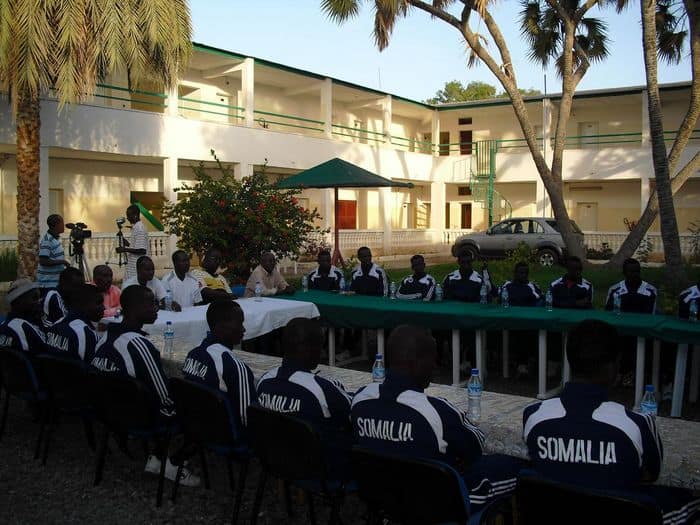 “Although Somalia is not safe and we work under hard circumstances, then I am more confident that my boys who grew up in the chaotic country will be able to crash their Tanzanian counterparts and score victory” the coach stated.

However the match between Somalia’s Ocean stars and Taifa stars of Tanzania will be played on Saturday at the Uhuru stadium In Dar es Salaam as a one-off tie, since Somali football federation cannot host international matches in the war-devastated country.