The Somali Football Federation has concluded its 2012 division B and C local football championships on Friday 14th of December at a highly-arranged ceremony in Mogadishu.

At the event, winning clubs of the two leagues were awarded with millions of Somali shillings in cash as part of SFF’s annual encouragement for the promotion of the game. 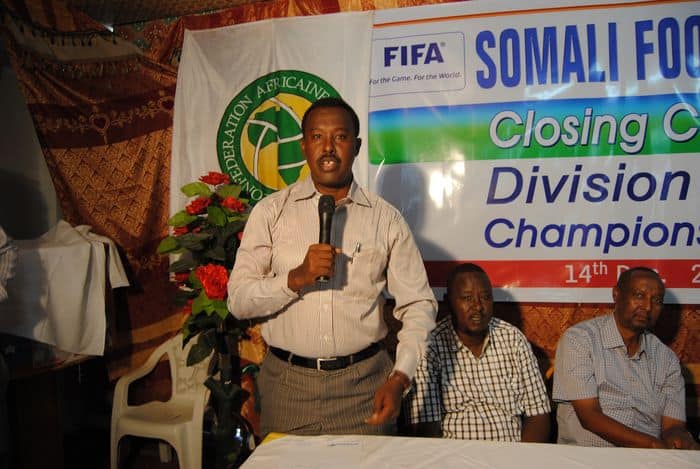 Somali Football Federation secretary General Abdi Qani Said Arab who first addressed at the conclusion ceremony noted that the SFF was very proud of successfully accomplishing a huge task this year in terms of holding three local football leagues in the same period.

“This year was totally different from the past years, because we finished our competitions peacefully. Previously we suffered from fierce battles which halted the tournaments or caused casualties on our fans, players or journalists covering the event. This year, we say thank you Allah, because we finished all three local leagues with no human casualties during matches,” SFF secretary General Abdi Qani Said Arab told Friday’s conclusion ceremony.

For his part the president of Somali Football Federation Ali Said Guled Roble indicated that this year’s leagues were very professional than those in the past, and adding that it was because of the Somali coaches have benefitted from at least two FIFA level and nearly ten local courses for the past three years. 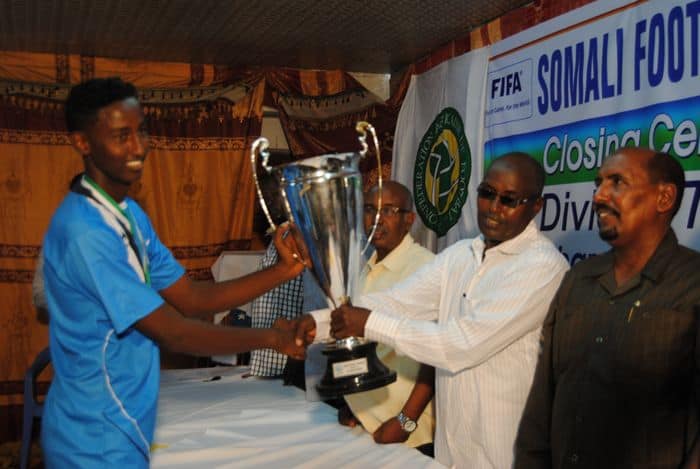 “Our coaches seem to have enhanced their skills technically and physically and they created young and talented players. That is why the local leagues were more interesting and popular than the previous years,” the SFF president said at the closing ceremony Friday.

The president also urged the coaches and players to redouble their efforts to help the country’s football to grow enough.

Referees who officiated the tournaments, coaches, players, fans and media workers were also awarded with certificates of honour for their role in the league in Somalia. 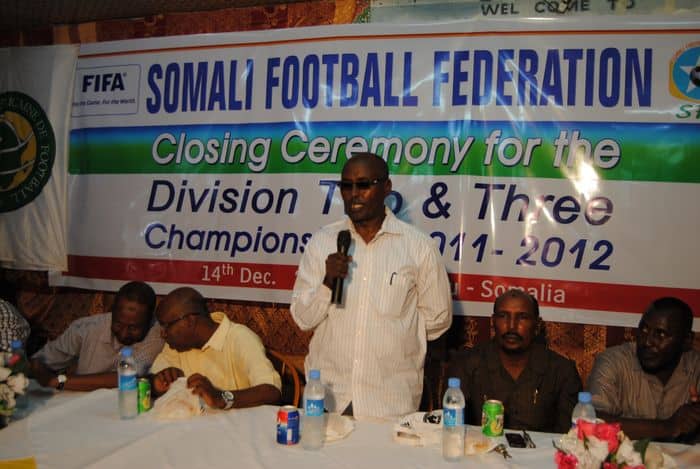 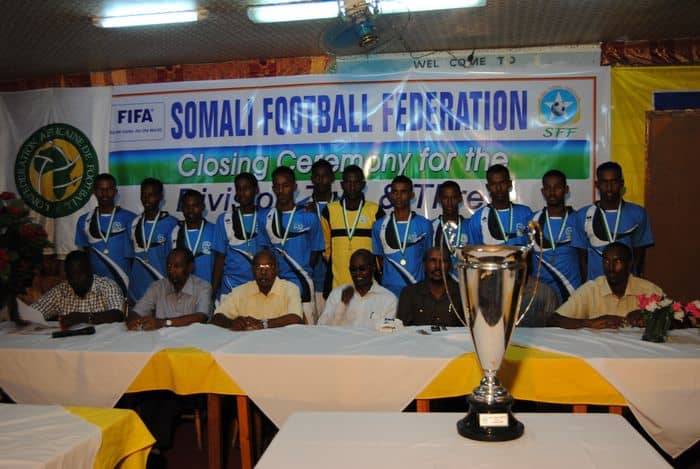 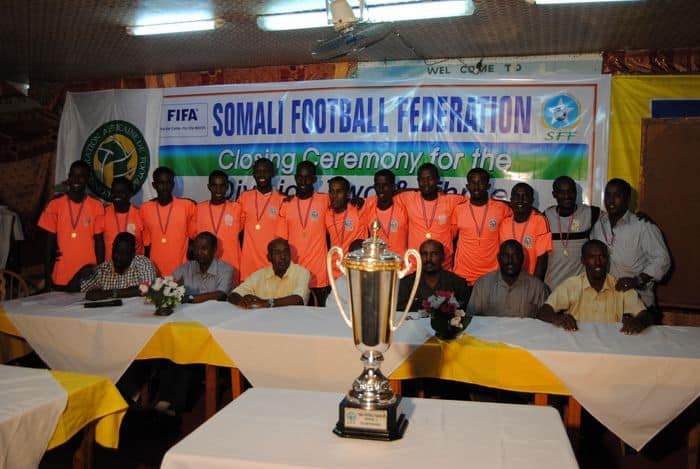