The technical department of Somali Football Federation says the SFF was very hopeful of huge changes to come in terms of its players’ skills, techniques and performances if the country’s local league is played on an international style facility and the Ocean stars get the chance to train on such sophisticated field as expected by September this year.

Somali Football Federation technical director and former national team coach Mr. Awil Ismail Mohamed said he believed that what Somali footballers are lacking was a world class facility to train and play their local league matches adding that Somali national team members who haven’t got such playground in their country have more difficulties in the adaptation of sophisticated facilities while playing against foreign teams during international competitions. 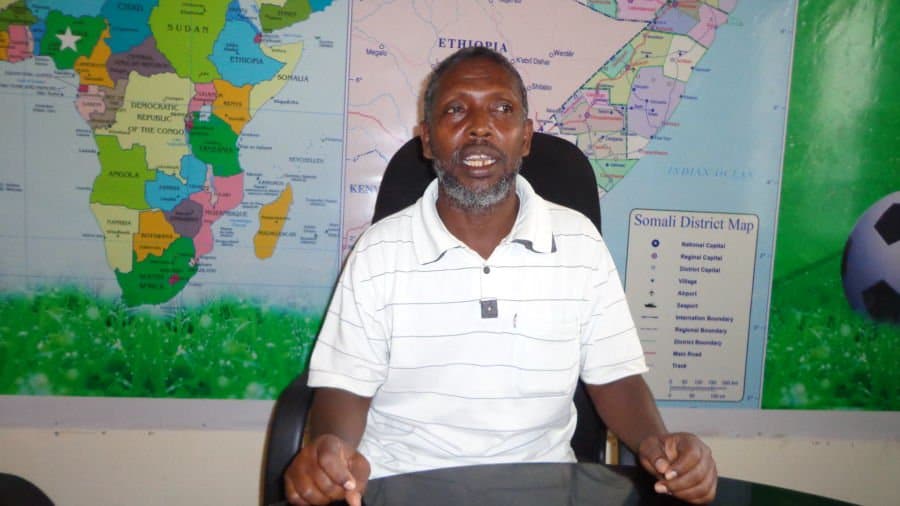 “Our players train and play their local leagues on open grounds, because we have no international class fields at home the fact that Somalia’s football facilities were destroyed and as a result our national squad members have to go through two more struggles during international competitions, the first one is to try to learn how to exhibit on artificial turf installed-facilities and the other is to control the match and compete with their opponents who don’t need the adaptation of fields, but instead simply play and control the ball” SFF technical director Awil Ismail Mohamed said in a press statement issued at the SFF headquarters here in Mogadishu on Saturday morning.

Meanwhile, Somali Football Federation head of the competitions department Ali Abdi Mohamed known as (Shiine) said that with the completion of the under-going construction of Stadium Banadir, the interest of Somali league is expected to top high locally.

“Most Somalis are football loving people and they are always showing their eagerness for watching local leagues exhibited on international style facility-we daily see hugely exceeding number of people coming to see if the construction of Stadium Banadir was nearly to end, while asking us questions about when the national Division A league is expected to kick off here” SFF competitions department chief Ali Abdi Mohamed noted. 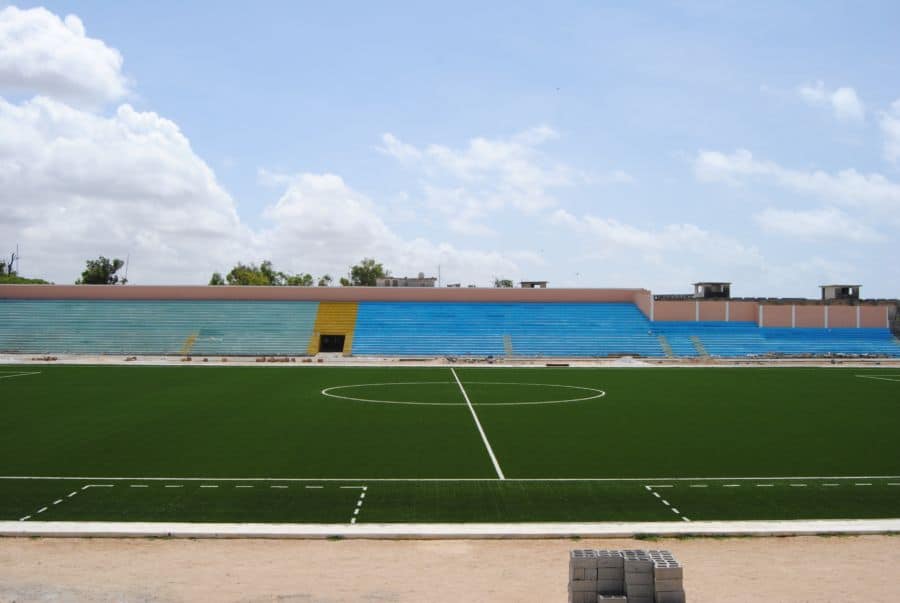 “I have never seen our country having an artificial turf-decorated facility – I come here twice in each week in a bid to see how the work is going on and to satisfy myself that something good is getting near to happen” 28 year old Ahmed Salad said during a visit to Stadium Banadir on Friday afternoon 26th of July.

“Waiting for the end of this stadium reconstruction has prolonged, please quicken it” the visiting football addict told the Somali Football Federation officials at the under-construction facility on Friday.

“The daily arrival of so many people at this empty facility shows the increasing interest of our people for watching the country’s football competitions at a sophisticated stadium and that is why we can predict that the Somali league interests will top high after FIFA has completed the construction of this facility” noted Mr. Ali Abdi Mohamed (Shiine). 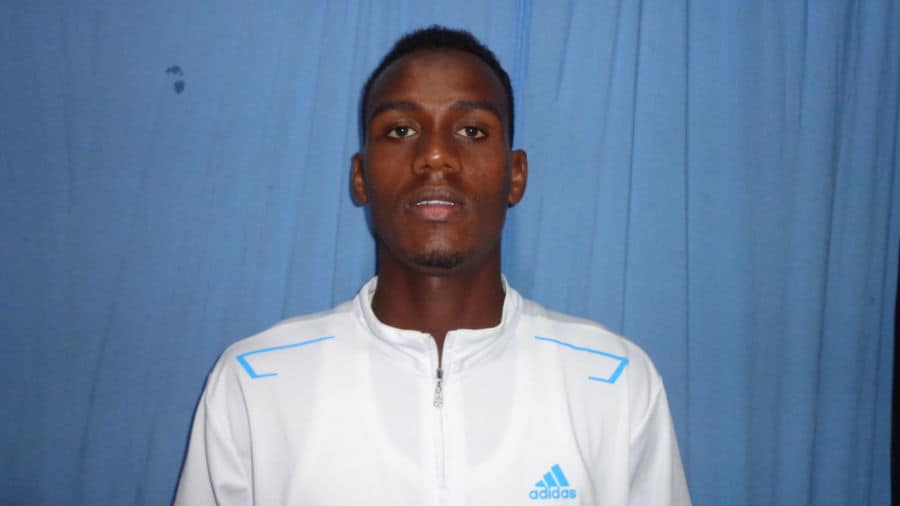 For his part Ocean stars member Mahad Mohamed Haji believes that getting an international standard facility will somehow enhance the chances that his squad may have to score victories in future international competitions.

“I really believe so, because one enough example we learned from the past history is the Somali U-17 boys who thrashed their Kenyan counterparts and ejected them out of the African Junior qualifying competition in April 2009, those youngsters had the chance of training at Djibouti’s National technical centre for 8 months and that is why they won by 3-1 in the home game held in Djibouti as the away game ended in 0-0 in Kenya whose boys we kicked out of the competition” said Mahad Mohamed Haji who was one of the U-17 boys who knocked down Kenya in 2009.

However Somalia’s Division A league is expected to kick off at Stadium Banadir on the 5th of September as previously disclosed by the SFF whose authorities are expecting from the world’s football governing body FIFA to complete the construction before the mentioned date for the start of the lawless country’s most populous sporting event. 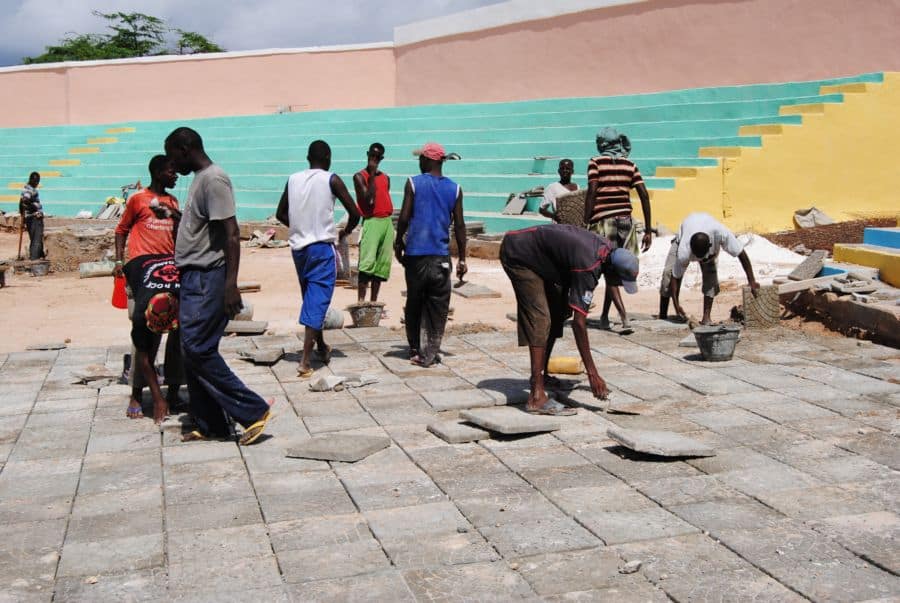 Somalia’s Chinese-built National Facility ‘Mogadishu Stadium’ is currently home to thousands of African Union forces helping the country’s federal government, while the Old facility ‘Banadir Stadium’ is being rebuilt by FIFA and as a result SFF postponed the 2013 Division A league until the 5th of September before when Somalia hopes the construction will conclude.

In 2012, Somali Football Federation officials who differently visited Stadium Mogadishu urged the African Union to withdraw its forces from the football home.

The AU troops spokesman in Mogadishu Colonel Ali Hamud told the media that his troops were ready to vacate the facility before December last year, but that became unreachable and lead to the postponement of Somalia’s regional football for peace and development which was due to kick off at the facility on the 25th of December last year.

The field still remains a military ground and the SFF reiterates its calls for an end to the troop presence at the Stadium which Somali Football Federation wants to use for football purposes once again.