On the 3rd day of the Somali division A soccer league second round, the police-owned club Heegan has knocked down the Ports FC by 4-2, despite Abdulkader Ali Nur of the Ports FC scoring the opening goal of Saturday’s Match.

The match was very competitive as Heegan as Elman were committed to winning as they are struggling to take the trophy as well. The Ports FC is the second lowest team in the tournament and also committed to accumulating the three points of Saturday’s match as it is running from returning to the second division. 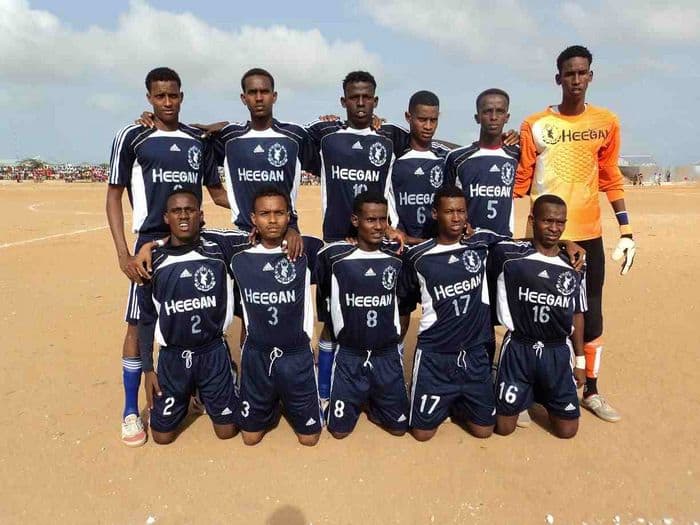 However in the second half, Heegan stepped up their attacks on the opposite goal and in the 61st, 75th and 79th minutes of the second half Jibril Hassan Mohamed, Yasin Mohamed Idiris and Mohamed Abdi Hayow scored three goals for their team. The match ended in 4-2 in favour of the Police-owned club Heegan.

Heegan is now in the second position of the tournament with 15 points while the FC ports has only 7 points and it is one of the two lowest clubs in the tournament.

Meanwhile, Friday’s match between LLPP and Sahafi FC ended in 1-1 stalemate. In the first minute of the match, Bile Burale scored the lone goal for his team and the first half of the match ended in 1-0 with Sahafi FC in the lead.

But, in the 66th minute of the second half, LLPP got the equalising goal when its Striker Mahmoud Abdi Nur headed a beautiful ball into the opposite goal making the match 1-1, as each team left with a single point from the stadium.

“LLPP have a remarkable record with 7 draws from 8 matches,” says Karel Stokkermans who is in charge of FIFA website for updating the Somali league standings and other countries.