More than 25 elite football referees in Djibouti are participating at a high level training course organized by the Djibouti Football federation under the auspice of the International football Federation FIFA.

The instructors are conducting the five-day course which is taking place at the National technical centre. 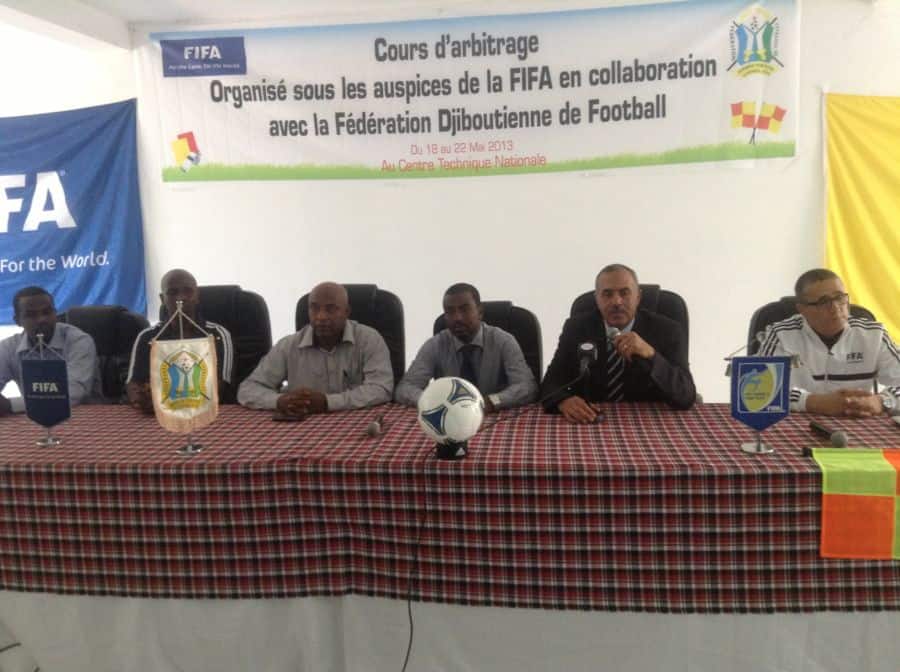 The president noted that football in Djibouti was on its way to a higher progress and his federation was paying more efforts in the development of all sectors within the federation adding that the refereeing department is a key organ in his federation’s activities and as a result the FDF gives more priority to the enhancement of referees’ knowledge and experience.

He noted that rather than the annual FIFA level course his federation organizes more other local courses for coaches, referees and club administrators in a bid to increase the knowledge of football across the growing football nation in the horn of Africa region. 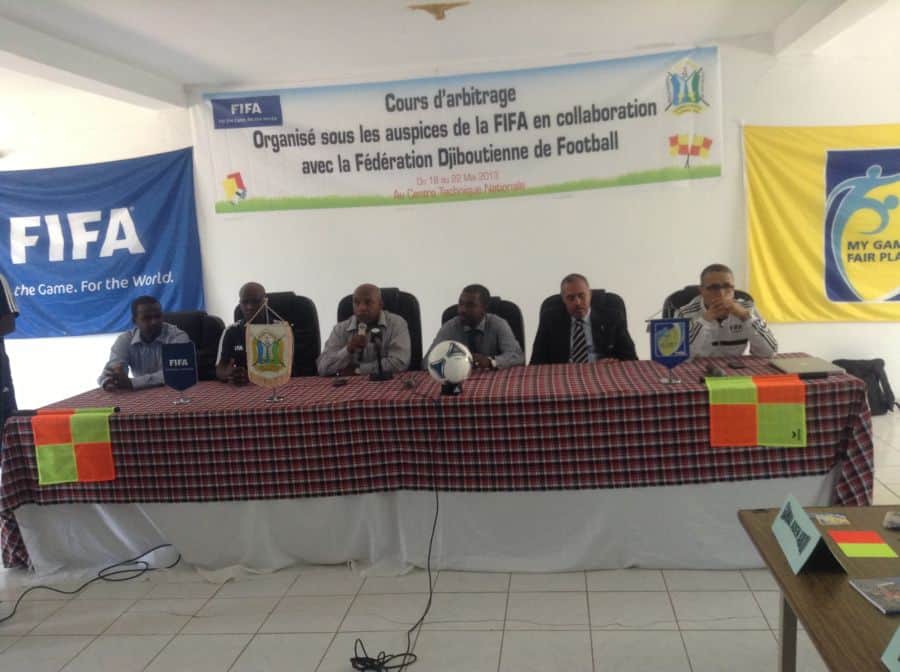 On the behalf of the entire football family in Djibouti President Souleiman Hassan Waberi, the FIFA commissioner and CAF referee instructor thanked the world football governing body for its continued assistance and moral support which he said was playing a key role in the rapid progress of football in his country.

For his part FIFA referee development officer, Mr. Ahmed El Shenawi praised football federation authorities in Djibouti for their commitment to the development of the beautiful game in the country.

“We will be here with you for five days. I know it is a short period, but you will learn many things including the latest regulations that exceeded to the international football laws of the game. I urge you to have advantage from your time and try to convey what you learn from here to others across the country who may not have such golden chance,” Mr Ahmed El Shenawi told the participating referees during his address at the launching ceremony of the FIFA level course in Djibouti Saturday. 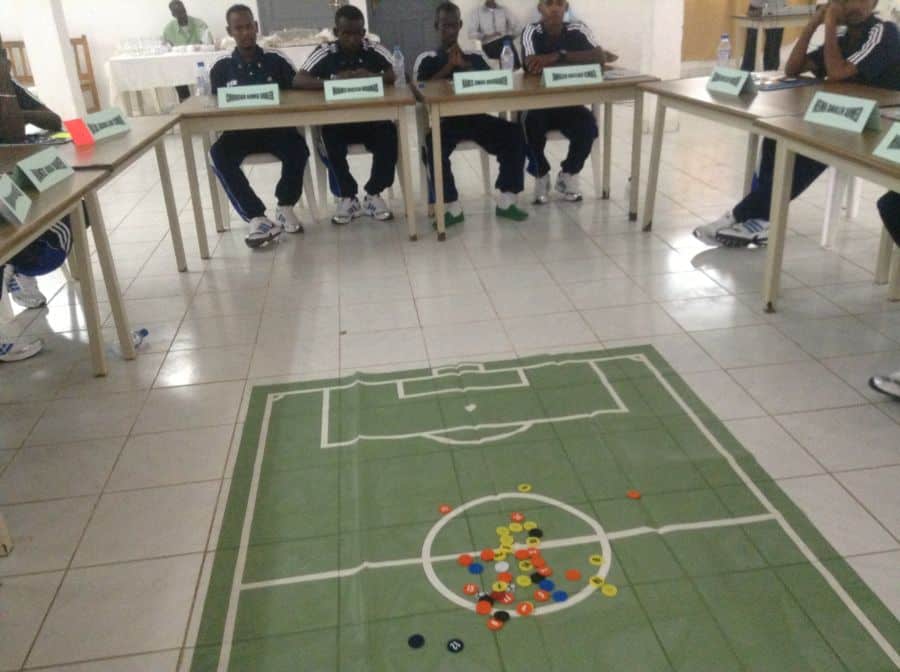 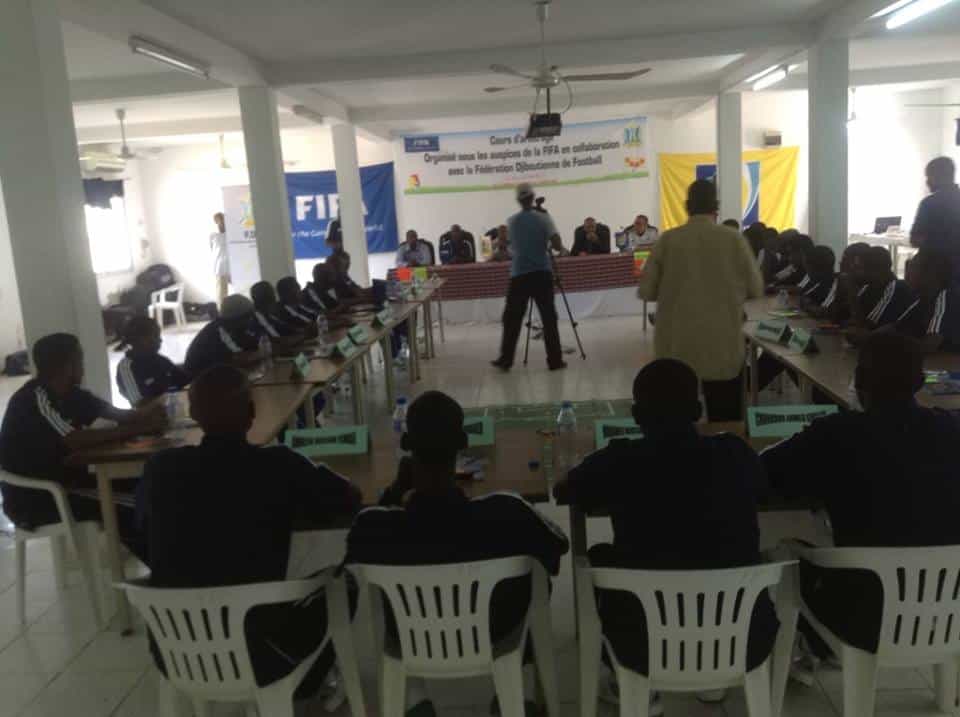