With the 2013 CECAFA Kagame club cup due to Kick off in Sudan Tuesday, referees willing to officiate the regional event have under gone a physical fitness test examination late on Sunday.

The competition is the first of its kind to be held in the war-devastated Sudanese regions of North Darfur and south Gordofan in a bid to encourage peace and reconciliation in the areas according to CECAFA secretary General Mr. Nicholas Musonye who is recognised as a regional peace campaigner through football.

The fitness test has been conducted by top officials from the CECAFA referees committee who showed their satisfaction with the power and the complete physical fitness of their referees including some young age referees who are for the first time expecting to officiate a CECAFCA tournament like Assistant referee Souleiman Sheik Bashir from Somalia who only this year became a FIFA referee. 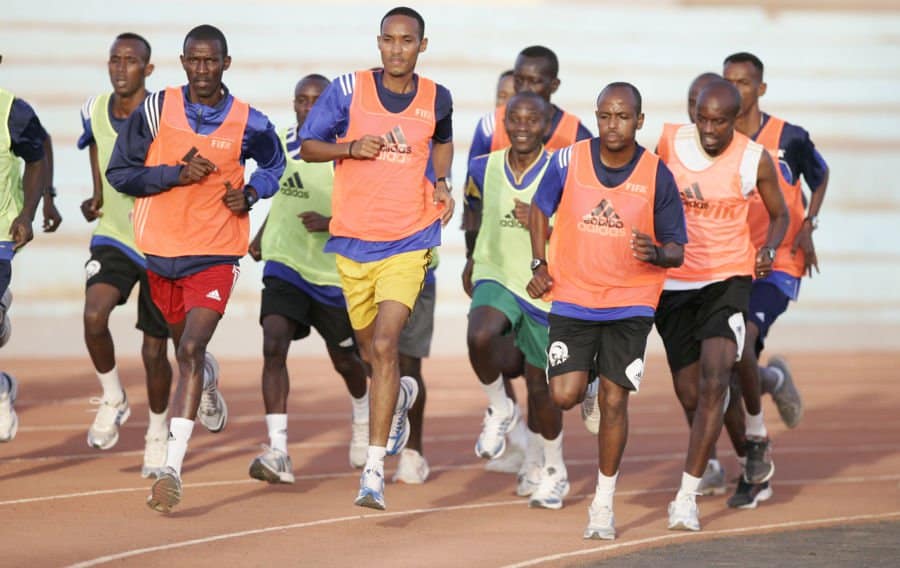 But Somalia’s Wiish Haji Yabarow who was in December 2011 recognized as the best referee in the region was one of the front runner referees during the fitness test running examination in readiness for the competition which will commence on Tuesday 18th of June.

Participating clubs have already been undergoing their training sessions in preparations for the tournament. The football clubs include Elman FC from the anarchic horn of African country of Somalia.