At least five Somali football fans have died and 10 others were wounded in a car accident on Tuesday evening as fans were returning from Stadium Banaadir where the district level football for peace tournament was under way for the past several days.

The tragedy occurred after a lorry carrying over 100 fans all from WadaJir district overturned along the high Maka Al Mukarrama road in the center of Somali capital Mogadishu.

The fans were on their way to their district after their team fell to Yaqshid district in the semifinal match of the district level football for peace tournament in the Banadir region where Somali capital is located. Yaqshid beat WadaJir by 4-3 in penalties after the match ended in 1-1 equality. 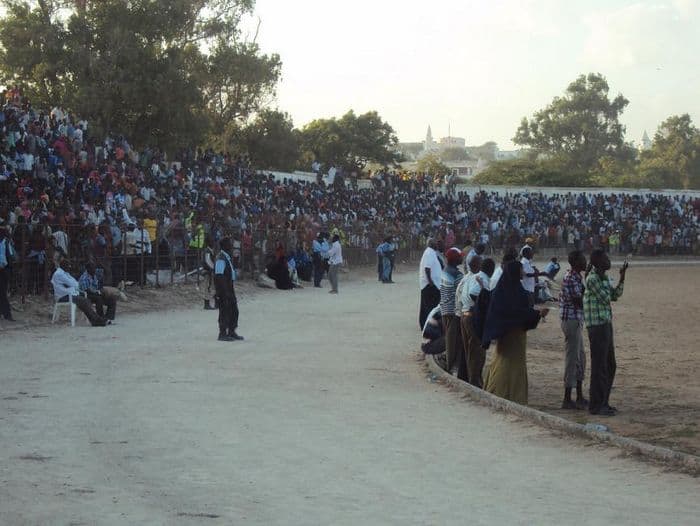 The tragedy has shocked Somali Football Federation which announced two days of mourning for the beloved football fans who died in Tuesday’s car accident.

“We are sharing the grievance with the families of those died or wounded in the accident, because they were members of Somali football family-the head quarters of Somali football federation will be closed for the next two days to mourn for the lost beloved fans,” Somali Football Federation President, Mahmoud Nur said in a press statement on Tuesday evening.

Tuesday’s match attracted over 45 thousand spectators, the biggest number of football fans yet to be seen at a Somali Stadium for over two decades.