The 15 month-long Olympic Solidarity-funded Advanced Sports Management Course “ASMC” has successfully come to an end during a colorful conclusion ceremony held at the Shamo Hotel in Mogadishu on Thursday morning.

During the ceremony, 19 participants from national federations and universities were certified for their commitment and dedication during the course. Somali NOC said 20 participants attended the course but unfortunately one of them died while the rest 19 completed it successfully. 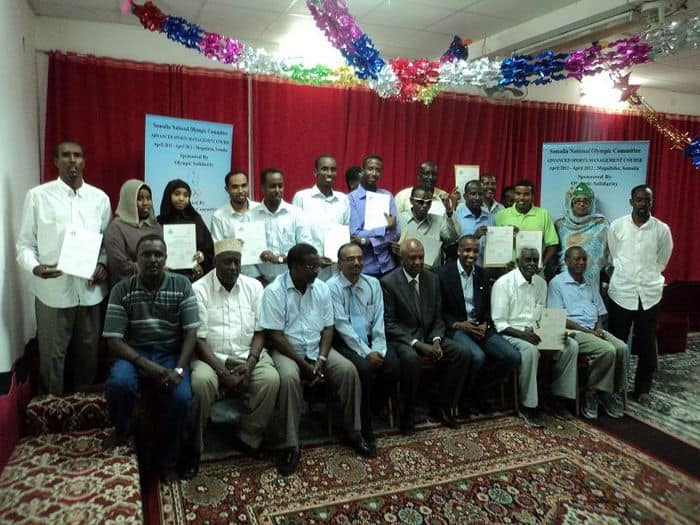 Somali Olympic committee Secretary General Abdullahi Ahmed Tarabi who first addressed the closing ceremony said the course was the first of its kind ever held in Somalia.

“For the past two decades, Somali sports were doing well. But now, we hope to develop more since we had this successful course,” the Somali NOC secretary General told the participants in the closing ceremony.

The president said Somali NOC and the international Olympic committee worked so hard to implement a successful advanced sports management course in Somalia, adding that more other courses will be held in regions across the country. 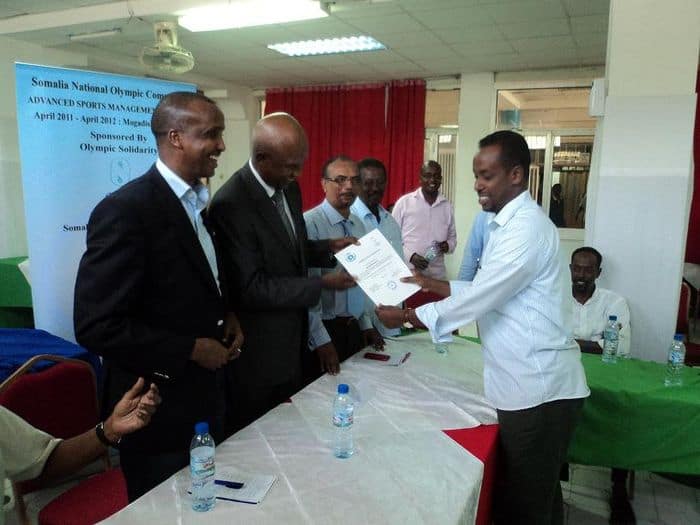 The president said he was very grateful to the international Olympic committee and the Olympic solidarity for their moral and financial support that helped the promotion of spors in Somalia during the past two decades.

Somali minister for labor, social affairs, youth and sport Mahmoud Jirde Hussein also thanked Somali Olympic committee and its affiliated federations for the commendable job they have been doing in the country, saying that history will always be mentioning the flag carriers of Somali sports of whom so many of them were killed during their duties. 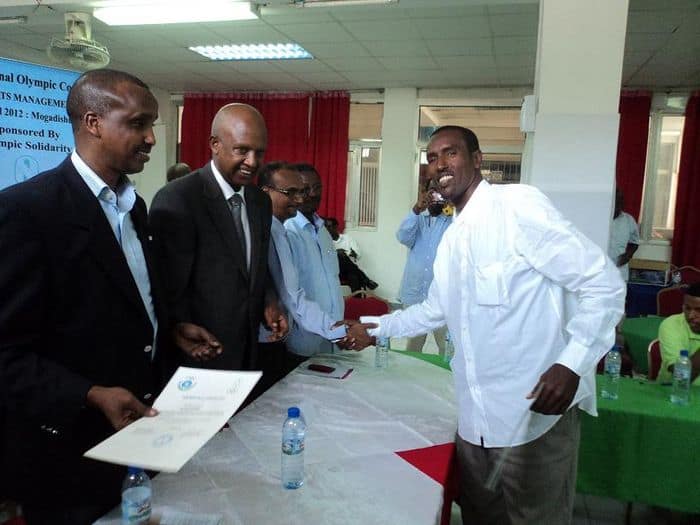 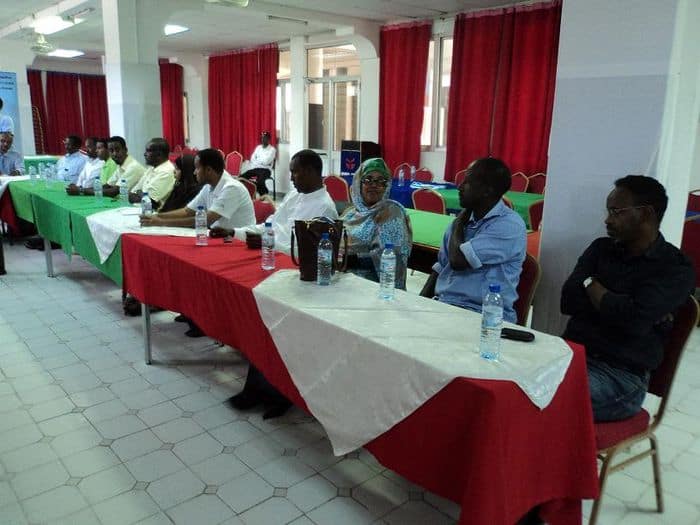 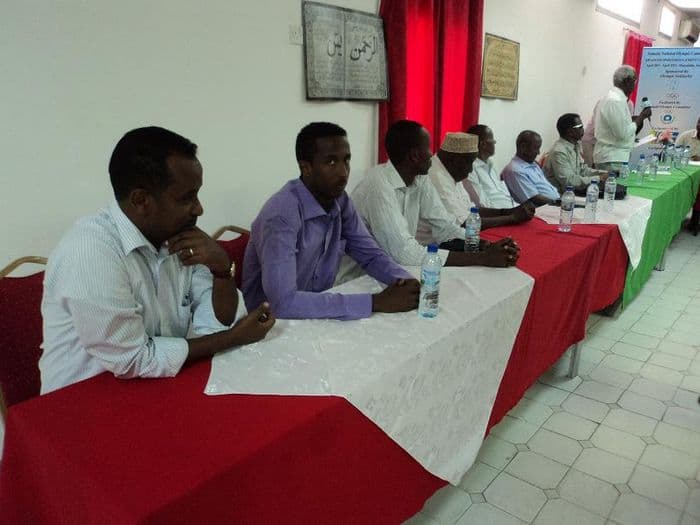 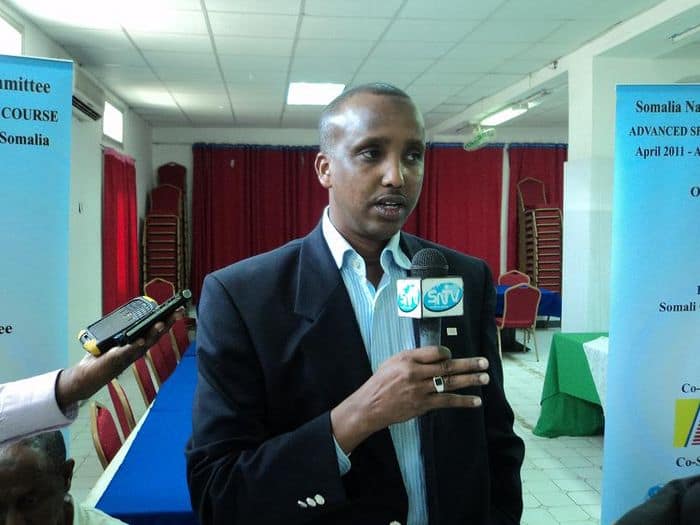 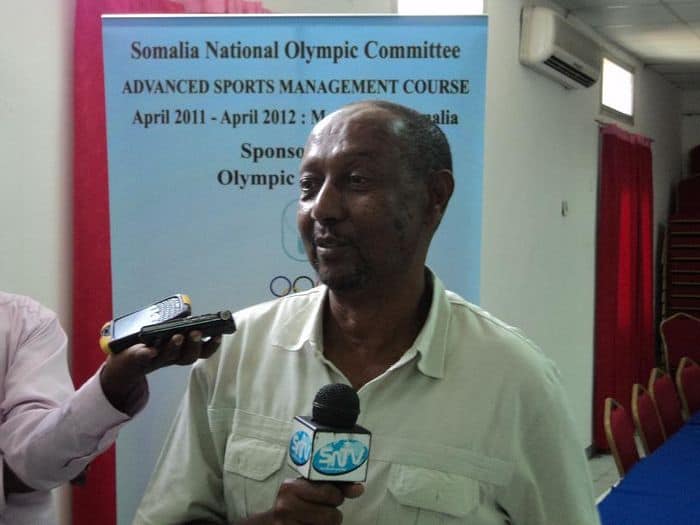 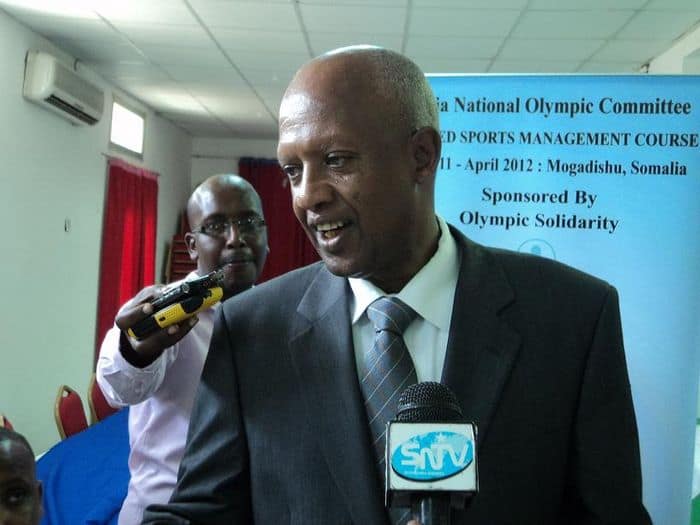