Boys representing Al-Hikma school have won Somalia’s 2012 schools handball tournament on Sunday after beating their Gaheyr school rivals by 17-15 in the final match in the presence of high profile officials from Somali NOC and transitional federal government (TFG).

Each team made all efforts in a bid to win the very competitive final match which was won by the Al-Hikma Boys after a long struggle that died down the hopes of the opposite school boys who did all they could to have the trophy.

Somali Handball Federation president Mohamed Hurshe Hassan who addressed at a small conclusion ceremony after the end of the match said that 8 schools were competing in the two week-long tournament which was the inauguration of Somali schools handball tournament which hasn’t been held for years. 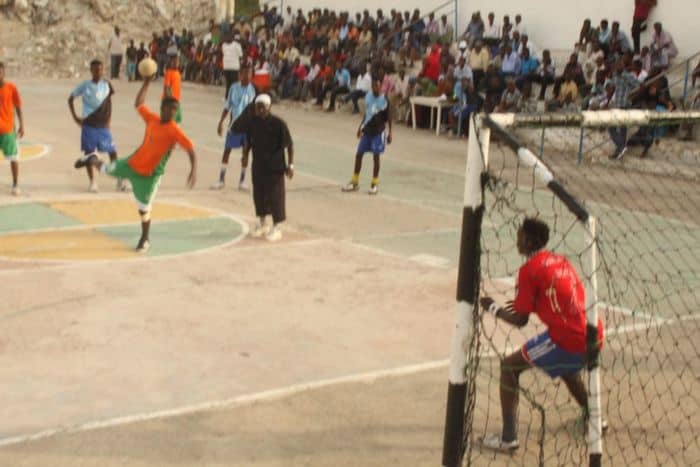 “Somali handball Federation technical department selected more talented young players during the tournament and we hope them to represent Somalia in future U-17 and U-20 international or regional competitions-will draw special training sessions for them on Thursdays and Fridays when they are not going to schools” the Somali Handball Federation Boss said during his address before handing over the microphone to the Somali National Olympic committee President Duran Ahmed Farah.

The Somali NOC president said that the Somali Handball Federation was one of the most active sporting federations in the war-devastated country and thanked it for the successive competitions and other activities in the lawless country. 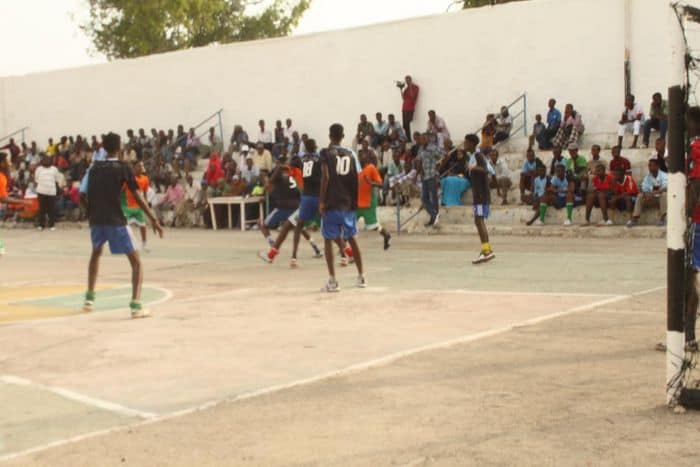 “School competitions have a great importance for Somali sport, because schools are where our sport was first grown and we are giving a particular consideration to schools tournaments” the Somali National Olympic committee president Duran Ahmed Farah told the closing ceremony.

“I say congratulations to you-hope you a long life and successes in your future competitions” President Duran Ahmed Farah told the winning school captain Ahmed Ali Yusuf as he was presenting him the trophy.