The African peace keeping troops in Somalia on Tuesday left key districts in the lower Shabelle region despite the AU joint forces having removed Al-shabab from their major grounds in the area.

The AMISOM mission has been operating in Bariire and aw Dheegle villages in southern Somalia and the AU armored battle vehicles abandoned the area according to officials and residents.

Hundreds of Somali forces reportedly remained in the area to continue the anti Al-shabab Eagle operations amid many people fleeing the area due to possible Al-shabaab occupation. 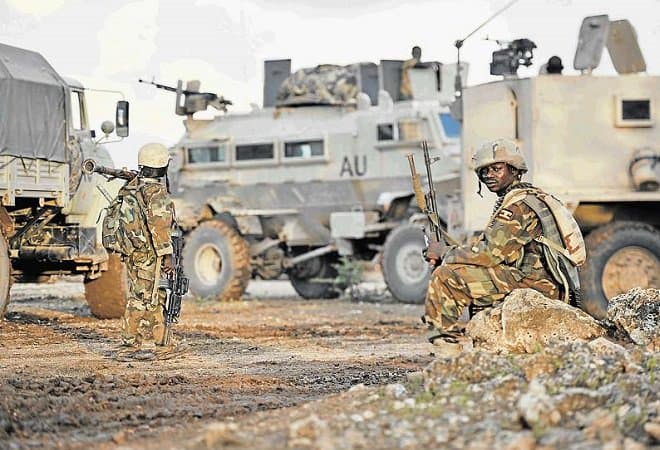 The reason behind the move has not been given and there was visible security progress being witnessed by the inhabitants living in lower Shabelle region.

Somalia has been in a messy situation since 1991, when the country experienced over two decades of civil war, political instability and extremism.

Going forward, the current government says it is committed to a strategy known as Vision 2016, which calls for (until next year) a constitutional review, completion of the federal system, and an election.

Some reports say that an estimated 3,000 African Union soldiers have been killed in Somalia over the past few years fighting the Islamist insurgency although UN officials cannot confirm or deny the death toll.

AU troops, working with Somali forces forced militant group al-Shabab to withdraw from southern Somali towns and cities they once controlled. The al-Shabab threat receded but still exists, and the African Union forces known as AMISOM still play a crucial role in Somalia.