Based on the premise that men and women are equal and enjoy the same rights, then in theory at least, women should be able to perform the function of preaching which until recently has been the exclusive monopoly of men.

In Malaysia which is a non-Arab Muslim country, auditions for a reality TV Show to be aired in October 2011 are taking place at the present to select candidates for a competition to pick successful women preachers. The aim is to select women able to spread Islam “Dawa.”

In Morocco according to a BBC report 25th of February 2007, Women preachers (Murshidat) perform the function of Imam. Fifty females have graduated and taken jobs in various provinces. It is important to note that they can preach but they cannot lead the prayers. That remains a man’s function.

A Tunisian Newspaper (Alwasat) reported as far back as June 2006 that in Egypt crowds of women assembled in large numbers to listen to women preachers. Khadija Radwan for example is very good at Quranic interpretations.

More recently in the occupied West Bank of Hebron the Ministry of Endowment and Religious Affairs warned women preachers not to touch on politics and issues such as ” Jihad” but to concentrate only on domestic affairs and the mundane concerns of daily life.

So far so good and all seems to be harmless and benign.

However in August/September 2008, it was reported that the British Channel 4 made secret recordings in Regent Park Mosque, London which showed that Hard-Line Muslim women warned Muslim listeners not to talk to people from other religions because they are evil and filthy. They also called for gays to be killed. Also must be killed those who switch from Islam to other religions. The Director of the Mosque denied that women are allowed to preach in the mosque.

Writing in the Saudi newspaper Alwatan on 11.2.2008, Amal Zahed wrote that Women Preachers used fiery scary language to intimidate and frighten worshippers. The preacher focused on fear and death and reminded the audience of hell and mayhem that await them. She reminded her audience of the torture in the grave as well as fire and brimstone, brain-washing women into hating life and secular pleasures but to think only of death and after-death. Zahed wrote that this kind of preaching is contrary to Islamic teachings. Islam calls for initiative, work, education, exploration of the world, the achievement of material success and the enjoyment of life.

At the other end of the spectrum we have the Kuwaiti Muslim thinker Salwa al-Mutairi who according to Front Page Magazine (6th June 11) has called for the re-introduction of sex-slaves into Arab society. She said that men are to be allowed to keep concubines to satisfy their urges. Her rationale is that legalizing sex-slaves helps prevent Muslim men from sinning with Muslim women. In a further twist she suggested recently that a new law is required to enable Kuwaiti women to buy good looking men from Muslim countries. The men should have “slave qualities” and should be ready for marriage. These qualities include politeness, obedience and to do what he is told. Al-Mutairi’s rationale for this one is that this will solve the problem of spinsters in Kuwait and reduce the divorce rates.

This subject is a mine-field for Muslims and need more debate. 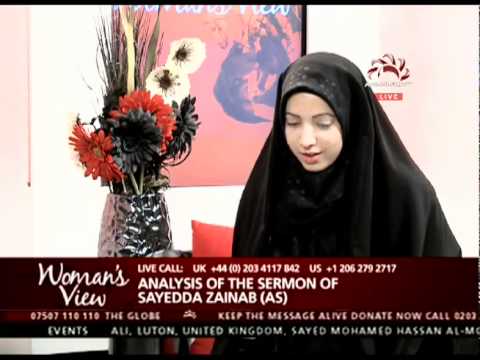