It was the right thing to do as the teams had already played seven sudden-death overtime periods. The Nationwide Arena crowd applauded both squads. It was noticeable that fatigue and dehydration were setting in on both squads. Some in the arena did shout, “Let them play.” 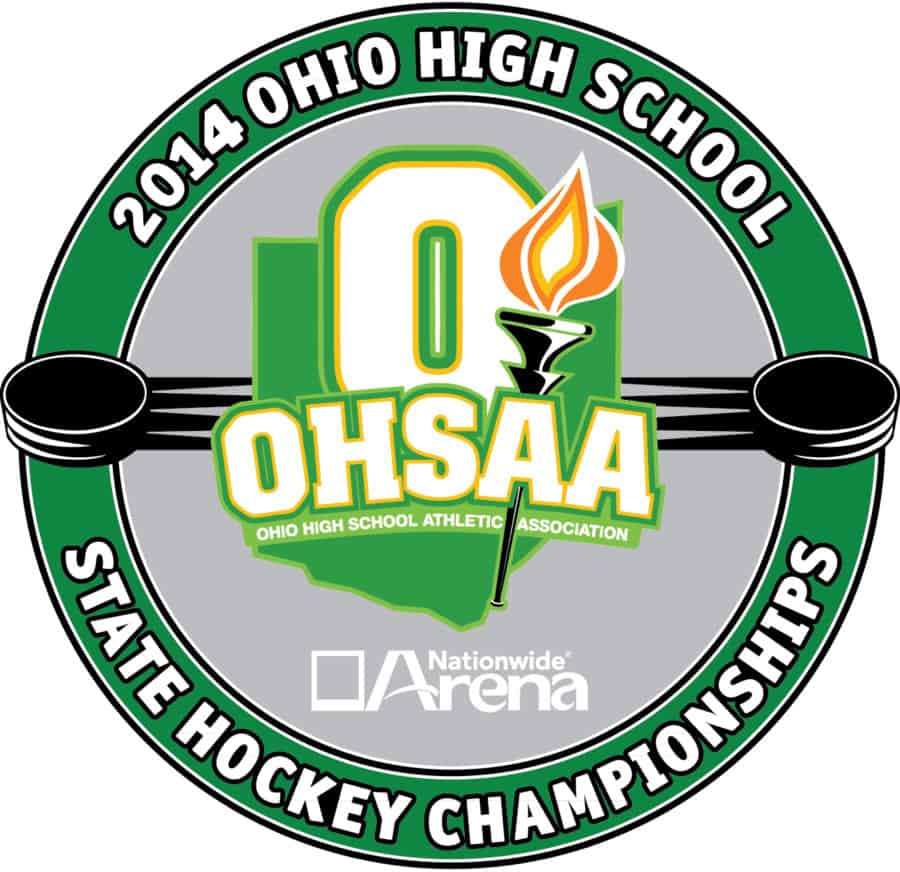 St. Ignatius (30-4-6) has been a traditional powerhouse in Ohio high school sports. They fought off two power-plays by Northview (17-13-2) in the overtime periods. Sylvania Northview, located near Toledo, got a big standout performance from goalie David Marsh, a senior, who had 77 saves.

Northview got on the board in the first period as Jacob Koback buried a rebound from a Cody Estrel shot. Josh Koback also got an assist. St. Ignatius got the equalizer in the third as Beck Schultz circled the net and passed in front to Danny Brogan. Brogan beat Marsh to finally even up the scoring. Sophomore goalie, Dylan McKeon had 31 stops for St. Ignatius.

St. Ignatius coach Pat O’Rourke had high praise for his team and also for Marsh. “We were peppering him. We hit a couple of crossbars in overtime. I felt like if we kept playing, we’d eventually pop one. Who am I to say that? He was stopping everything. That’s got to be one of the all-time great state championship performances.”

O’Rourke had his squad headed back out onto the ice after a 15-minute break following the seventh overtime when an official told him the game had been halted. “I understand the rationale totally … there was a basic issue of player safety. At first I was surprised, but now I know it was the correct decision,” added O’Rourke.

After the game, Northview coach Mike Jones said, “I have kids that were cramping up. At the end of the day, these are young people. No one wants to see something catastrophic happen.”

The game holds the distinction of being the second-longest in the history of the OHSAA, and the longest at the state final four. The longest game was an eight overtime affair between Aurora and Solon on Feb. 18, 2007.

Post-game, the Ohio High School Athletic Association officials explained their decision based on regard for the safety of the players. They provided this written statement. “By mutual agreement of the head coaches, school administrators and OHSAA administrators, today’s ice hockey state championship game at Nationwide Arena was ended after seven overtime periods. The game shall be recorded as a 1-1 tie and Sylvania Northview and Cleveland St. Ignatius shall be declared co-state champions.”

“After the seventh overtime, the head coaches, school athletic administrators and OHSAA administrators had a lengthy discussion. Many players on both teams were seriously fatigued and neither coach or school administrator objected to ending the game before the eighth overtime began.”

“By national rule, there is no shootout procedure in high school hockey. While the decision is being questioned by fans, the OHSAA commends the coaches and school athletic administrators in reaching this decision together without conflict. This is an opportunity to show that wins and losses, even in a state championship game, are not more important than player safety.”