The Mid-American conference football title game is coming to Ford Field on Dec. 4th, at 8:00 pm., and it includes some familiar foes. Northern Illinois is making their sixth straight trip to the championship and Bowling Green State University their third consecutive appearance. They haven’t faced each other this year. Bowling Green stands at 9-3, including a win over Purdue and NIU is 8-4.

BGSU is led by quarterback Matt Johnson, who is set to break the MAC record for single-season passing yards. He joins some pretty good company as Ben Roethlisberger of Miami (Ohio) holds the mark at 4,486 yards set in 2003. Johnson needs only 22 more yards. His favorite receivers are Gehrig Dieter, a red-shirt junior and Roger Lewis, a sophomore with 14 touchdowns.

Dino Babers, second year head coach at BGSU gave praise to his prize senior QB, saying he has never had a quarterback do what Johnson has done. “We have a high-tempo spread offensive, he’s relaxed … he’s a very, very exceptional quarterback,” said Babers. 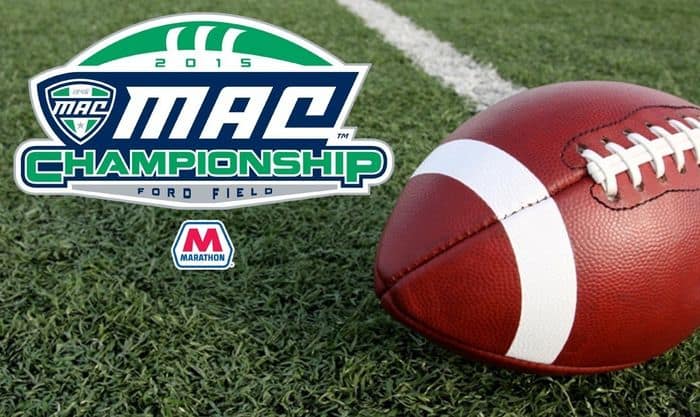 A player to watch Friday is NIU senior red-shirt cornerback, Paris Logan. He covers a lot of territory for the Huskies.

In other MAC news, Jon Heacock will serve as interim head football coach of Toledo. He replaces Matt Campbell who was named the new head coach at Iowa State University. A national search for Campbell’s permanent replacement will begin immediately. The Rockets were 9-2 this year.