Where has Democratic presidential nominee Hillary Rodham Clinton gone? It appears like While Rome burns, Nero fiddles. At an accelerating pace, the former Secretary of State is facing questions about her campaign strategy. Meanwhile, Republican presidential nominee Donald Trump is hot on her trail and climbing steadily in most national polls.

What was once considered a lock for Clinton is increasingly a competitive presidential race. Hillary has left the room to return to Jimmy Carter’s 1980 strategy of the Rose Garden vanishing act. Will she re-appear for the first presidential debate robust and ready September 26th?

In reality, Hillary’s gang of hundreds have advised her to stay low and run out the clock. Nothing could be more disastrous than basically leaving the campaign trail in August to hold private contributor events and lobby billionaires. She still remains the Vegas favorite, but while she fiddles, Trump has rebounded in some national and battleground polls taken in late August and leads in some very credible national polls in early September.

How can this be?

Major national controversy exploded over Clinton Foundation ties to the State Department. A steady drip of developments surrounding Clinton’s use of a private email server will not go away and now the Friday release by the FBI of documents pertaining to its investigation into her email set-up. Her trust factor has hit the wall with likely voters.

Not unlike presidential candidate Mitt Romney during his run against Barack Obama in 2012, Clinton has gone days on end between events. She has not held an open press conference in more than 270 days. This has led to a predictable red meat item for Republicans eager to highlight it to likely swing voters.

The mainstream biased journalists have found themselves in the position of not being able to hide these facts. In Hillary’s mysterious vanishing act, they have hounded Clinton’s running mate Tim Kaine, along with Vice President Biden. Clinton’s whereabouts and why she has kept such a low profile with the election only two months away has no credible answer. Many pundits are now beginning to take the rumors of bad health as something that needs to be explained in written form from independent doctors.
Meanwhile, while Hillary sleeps, Trump is publicly increasing engaged in high-stakes gambits meant to get him back into the race. It appears it is doing the trick. For instance, last week, in a 36-hour stretch, Trump held a rally in deep-blue Washington, jetted to Mexico for a meeting with President Enrique Pena Nieto, flew to Arizona for a speech on immigration with the families of citizens who were slain by illegal immigrants, and then flew to Ohio for two campaign events.

Jimmy Carter, er Hillary, woke up last week to address the American Legion’s national convention in a speech about American exceptionalism that received perfunctory coverage by the press and passed with little notice. It was a highlight for Trump and perhaps the first nail in this unpredictable campaign for Hillary. A Washington Post/ABC News survey released this week found Clinton’s image hitting its lowest point in her 25 years of public life.

Downward go her numbers in Wisconsin and Pennsylvania. These are states she must win to counter Trump’s Rust Belt states that could very well lead him into the White House. Hillary’s surrogates are oblivious to the true number of angry voters who want real change.

Clinton raised an eye-popping $143 million in August alone. Will that be the decisive blow? Do they think Clinton flying under the media’s radar is the right strategy with TV commercials to provide her message? Sleeping Clinton will make her first public appearance in five days at Labor Day festivals in Ohio and Illinois on Monday. Then she will supposedly shut down the private jet and go with a larger plane including selective media representatives that night.

Hillary will change course to discuss foreign policy, which will be more than interesting considering the many blunders made while she was secretary of state. Stay tuned for her version, Clinton-style. In fact, declining numbers have Hillary scrambling to review briefing books and working with advisers on her stagecraft.

In Clinton-type language, Americans have come to predict, as one of her talking heads said, “She’ll be driving the suitability question which is an important metric for a lot of undecided voters.”

The final two months of the election is anybody’s guess, but the political drums are beating a different sound now. Many Americans, who have paid little attention to the campaign so far, will soon tune in. Will they see a rehearsed Hillary robot at the debates who panders to every ethnic group including Zombies?

Her best bet is to drop her predictable talking points and deal with honesty to the nation. Will that work after Trump reminds everyone 24/7 that she lies and leads the life of a corrupt multi-millionaire off government checks for public service? Will the debates elect the next president? It appears more and more like the strangest presidential race in American history will be decided in the coming three debates. Actually, there are four, including the low-rated vice presidential debate between Tim Kaine and Mike Pence. 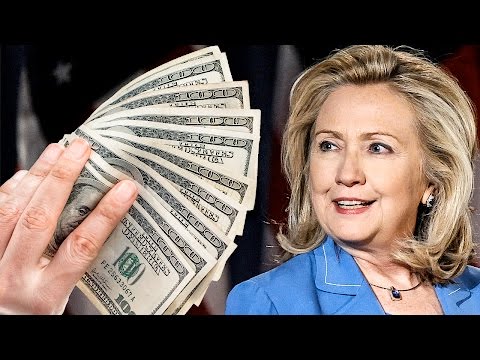