Republican presidential nominee Donald Trump is astounding even the most liberal sourced national polls. The Los Angeles Times reports Trump is in the lead over Democratic presidential nominee Hillary Clinton. Defying the odds entering the general election campaign after the conventions in early August, Trump was down as much as 12 points to the overwhelming favorite Clinton.

Since that time, Trump has held a news conference side by side the Mexican president standing at their separate podiums. The meeting came as a shock to the Hillary campaign and it appeared to Americans watching on social media or TV that Trump was had a presidential appearance and studious content.

Then the secret condition of Hillary Clinton leaked to the media followed by severe coughing spells at campaign rallies and her Sunday collapse following her appearance at a 9/11 event in New York City. It inflicted severe damage on her credibility, trustworthiness and transparency she had promised when she declared herself a candidate for the presidency.

She also made a blunder worthy of then-Republican presidential nominee Mitt Romney’s secretly taped speech to Republican donors that forty-percent of Americans will not vote for him because they receive government assistance in one way or another. Clinton made the same blunder at an LGBT campaign speech basically calling at least half of Trump’s supporters racist, bigoted, homophobic.

Now comes the biggest blow to the former secretary of State; the single biggest endorsement that GOP presidential candidate Donald Trump has gotten since the primary season ended. He has weakened one of Hillary’s strength in the polls, her foreign policy experience.

Clinton has made it very public that she will likely pursue many of Barack Obama’s failed policies abroad. She has generally toed the foreign policy line that the political establishment has been parroting for years. Trump, the shrewd real estate mogul and businessman, shifted campaign strategy, taking a different approach.

His policy speeches were not popular with a majority in recent polls. He needed to find supporters in the foreign policy community that could help him reassure voters. That’s no longer a problem.

Enter former CIA Director R. James Woolsey, who was appointed and served under President Bill Clinton, came out Thursday and announced that he is joining the Trump campaign and advising Trump on foreign policy. Woolsey said he can no longer support the ailing Clinton because of her unwillingness to sacrifice her own self-interests and to safeguard our secrets.

In a statement released Thursday, Woolsey said, “She demonstrated a complete lack of understanding and an inability to lead the agency she headed in such a way as to maintain its mission and security. Based on the emails thus far released we know that Secretary Clinton also lacks the ability to lead her senior managers while complying with and maintaining the basic protocols designed to protect our governments sensitive and classified information. Mr. Trump understands the magnitude of the threats we face and is holding his cards close to the vest.”

The damage to Hillary’s credibility didn’t stop there. Later in an interview with CNN, Woolsey cited Trump’s ability to safeguard our secrets better than Clinton has and his budget plans as reasons for throwing his support to Mr. Trump. He said, “He (Trump) seems to be, more so than his opponent, in favor of a strong defense budget. Weve got a lot of space to make up and problems that have been left in defense by the Obama administration.”

Woolsey’s credibility and untarnished reputation will take Trump to a higher level in terms of his overall knowledge and readiness to handle overseas issues as president. He is closing the foreign policy gap that he’s thus far encountered with Hillary Clinton. Now Woolsey has joined the team, will other foreign policy experts begin lining up with Trump as well?

The first debate is less than two weeks away and debater Trump certainly has strengthened his weakest link, foreign policy, which can’t be welcome news for the Clinton campaign. Now the question may be, can Hillary close her gap on the specific items Woolsey, as a former CIA director for her husband, denounced very publicly? 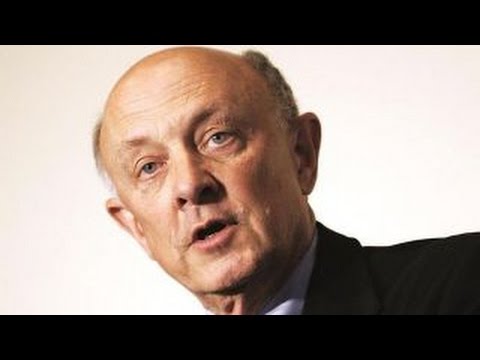