President Trump has surrounded himself with some of the most brilliant minds in the U.S. military. It appears he is getting ready to utilize them soon.

The president announced Friday that he is pledged to “totally obliterate” the Islamic State (ISIS) and keep radical Islamic terrorists “the hell out of our country.” It is not his first call for such measures, but the tone of his message now that he has his national security advisor, defense secretary, CIA chief and homeland security secretary confirmed, it may be coming soon.

Trump made his announcement between the pomp and ceremony of the Conservative Political Action Conference in Maryland’s National Harbor to a capacity audience. He labeled his ISIS initiative as “brand new action” against terrorists. Although he did not spell out specifics, he promised the action would be in the next few days.

Words were not minced as he declared, “We will totally obliterate ISIS. Working with our allies we will eradicate this evil from the face of the earth.” Trump did not specifically name which “allies” he was speaking of or the type of military action that would be taken.

The speech came under his broader announcement that his administration is taking steps to rebuild the nation’s armed forces. “It will be one of the greatest military buildups in history. Nobody will dare question our military might again. We believe in peace through strength,” Trump said.

Over and over Trump pounded on the terror threats abroad. “We have to be smart, we can’t let it happen to us. … We are going to keep radical Islamic terrorists the hell out of our country. We will not be deterred from this course. In a matter of days we will be taking brand new action to protect our people and keep America safe. … The security of our people is number one.” [White House Release]


There has been no word if the military is on higher alert. In the past, Trump has criticized the Obama administration for communicating their intentions weeks or months before striking America’s enemies. It appears that whatever Trump has in mind, the media will learn about it only after the deed is done. 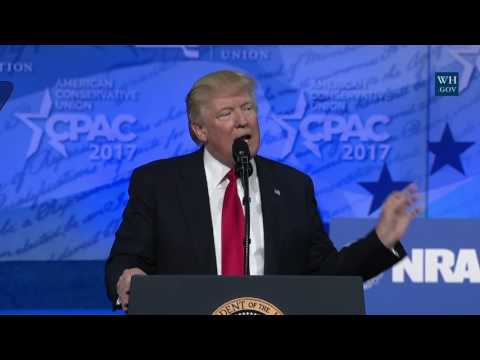