But that’s not the whole story. Sanders actually raised an amount totaling $28 million cash-on-hand. That extra money comes from money left over from the senator’s previous run. That encompasses more than 900,000 individual donations, with the average contribution at $20.

Bernie is raising money faster than in his 2016 campaign. It took 146 days for Sanders’s first campaign to reach the total in just 41 days in 2019, according to Breitbart.

The Vermont senator is on a roll, and it is hard to see how he can be stopped. In most polls, he leads all other candidates, and that includes damaged goods, Joe Biden. That means the face of socialism in the United States is drawing better than middle-of-the-road moderate Biden. 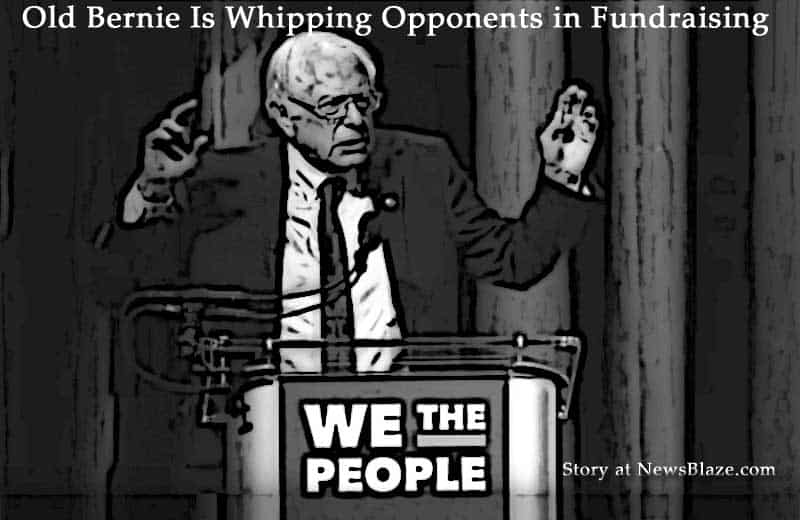 Other presidential candidates have taken notice of Sanders’ successful run for the gold. There is nothing any of them would like to see more than an old-fashioned scandal bringing the 77-year-old to his knees.

Now the question is, how many former Hillary Clinton voters in 2016 will press the Sanders button in the voting booth? Is he capable as a devoted socialist to rally an entire political party? Or is his base mostly starry-eyed kids in mom and dad’s basement who have never experienced the real world?

It will be important for Sanders to remember Jeb Bush in the Republican primaries of 2016. Bush had raised about $150 million and had the Bush name attached to him like glue. It didn’t mean anything when the primaries began in full.

Can an aging Sanders go the distance in a highly-contested campaign? Most of his rivals are about half his age and most likely twice his energy. You can be sure they will be gunning for him with everything they have at their disposal even though they all pretty much espouse what he was the first to make popular.

Old Bernie needs to watch his back.