In rookie Sen. Kamala Harris’ (D-CA) prepared announcement for her candidacy for President of the United States, she mentioned the word “fight” four separate times. But if liberals, progressives or far-left advocates look closely at her record as attorney general of California, they’ll be disappointed. Harris is not a fighter. She is a talker.

Harris is not the firebrand crusader she portrays herself to be. She refused to take a stand on two of the state’s crucial ballot measures. She remained strangely silent on an effort to repeal the non-existent death penalty that costs taxpayers millions every year in state-appointed attorney costs to make endless appeals.

The primary cause of death for those condemned to death is old age.

Secondly, former Governor Jerry Brown proposed reduced sentencing for a variety of lesser crimes and/or felonies to misdemeanors. Harris talks a big game about the primitive sentencing laws on the campaign trail, but when given the chance to support such measures as attorney general, she balked. 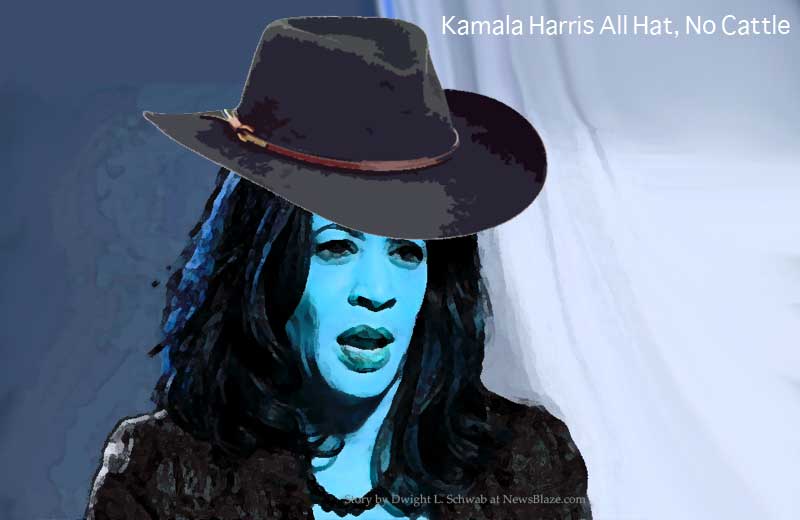 Candidate Harris is good for TV ratings. Her January 28 one-hour town hall Q and A session netted CNN ratings gold. She attracted two million viewers, the most ever by any candidate on the network. The word was out that Kamala Harris, with two short years in the senate, was the female black version of Barack Obama’s 2008 run for the White House. But is she really?

For the far-left, she is the perfect identity politics pick. Unlike the declared candidates and those undeclared, she is the only black and very young. She has ousted failed senate candidate Beto O’Rourke (D-TX) from third place with only former Vice President Joe Biden and Sen. Bernie Sanders (I-VT) ahead of her in polling.

Yet, if Harris should win the nomination, it will spell disaster for the Democratic Party. Why?

Many Democrats may consider Harris’ qualifications for president nowhere near enough experience. She appears to be all talk and no substance. On many positions, her ideas are either unrealistic or too radical for more mainstream Democrats.

From her views on the abolishment of ICE to leftist views of ‘Medicare for All,’ she is far from the mainstream. She is supported by a fragment of the party’s base. She also embraces Alexandra Ocasio-Cortez’s sweeping “Green New Deal.”

She may seem like a great pick for the increasingly radical left Democratic party, but for the rest of America, this might be more left than they’d like. If nominated, her leftist views may open the door for former Starbucks’ CEO Howard Schultz tinkering with running as an independent.

That is entirely possible, or she could become the nominee with a very defined far-left base and become the next George McGovern. The liberal senator from South Dakota faced incumbent President Richard Nixon in 1972. He lost in a landslide, taking only one state.

As a presidential contender, Kamala Harris would be much like her Congressional self, all hat and no cattle. All talk and no action.