House Speaker Paul Ryan’s announcement that he will step down from Congress leaves the door open for two likely successors. One is House Majority Whip Steve Scalise (R-LA) and the other House Majority Leader Kevin McCarthy (R-CA).

It would appear one or the other will assume the speaker’s gavel in January. But which one depends on several factors.

The first being whether the Republicans will retain the majority in the House after the November elections. With at least 38 Republican House members resigning, retiring, or seeking another office, Democrats are positioned better than ever to pick up the 25 seats they need to take control of the House and make Minority Leader Nancy Pelosi speaker.

The Republicans’ worst scenario is if they lose the majority. In that case it is unclear who would become minority leader. At present, House Majority Leader Kevin McCarthy, R-Calif. technically would assume the leadership position if the GOP is the minority. 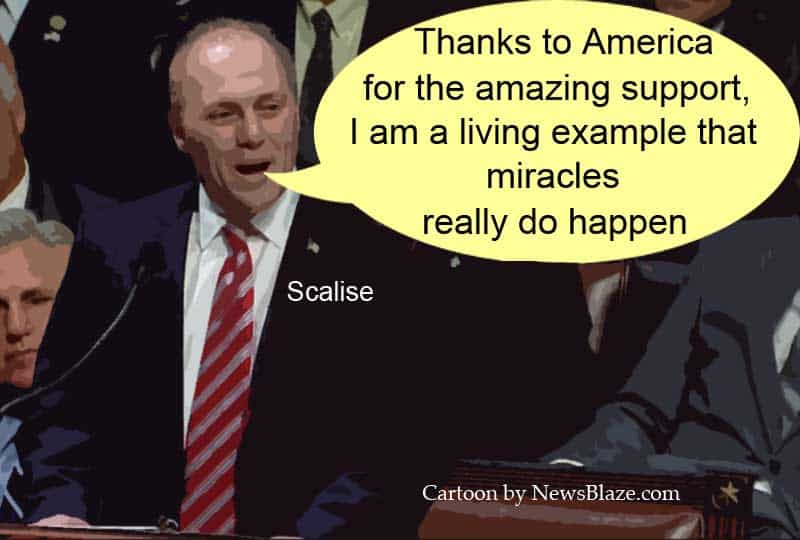 But another scenario finds McCarthy stepping aside for Scalise. As the Whip, he is next in line in the Republican hierarchy. Scalise’s popularity among his colleagues skyrocketed after he was nearly fatally shot during a House softball practice last year in Alexandria, VA.

McCarthy has already withdrawn once from an attempt to nail down the Speaker’s seat. He withdrew from the race in 2015 and helped convince Ryan to run.

Scalise apparently has the inside track. He is younger than McCarthy, more conservative as a member of the Freedom Caucus and better liked. Scalise is also looked up to for his fight against former President Obama in the last year of his presidency over the Iran nuclear deal.

The selection process may largely depend on Republican fortunes this November. If current generic polling proves correct, the likelihood of them retaining the majority is very good.