Will Scrapping ObamaCare Hurt America? What Donald Trump is already doing to create jobs, s big change in education, and what’s going on in entertainment? These and other stories covered in Breaking News Daily with Bruce Edwin for NewsBlaze.

According to Breaking Defense, a robot satellite repair system under development by DARPA is being delayed by a lawsuit from aerospace company Orbital.

Actor and Comedian Jim Mesikimen is working on a new interesting project. Meskimen said this week, “I am fortunate to be a part of the cast of Bronzeville, an audio drama starring Laurence Fishburne, Larenz Tate and Tika Sumpter, and written by Academy Award® and BAFTA nominee Josh Olson (“A History of Violence”), Bronzeville chronicles the lives of players in the lottery games while illuminating the self-sustainability of the community’s African American residents.”

“As a veteran director of live television, Glenn has mastered both the technical and creative nuances that make for a dynamic, ‘in the moment’ viewing experience,” said Mr. De Luca and Ms. Todd. “We could not be more thrilled to be working with him.” 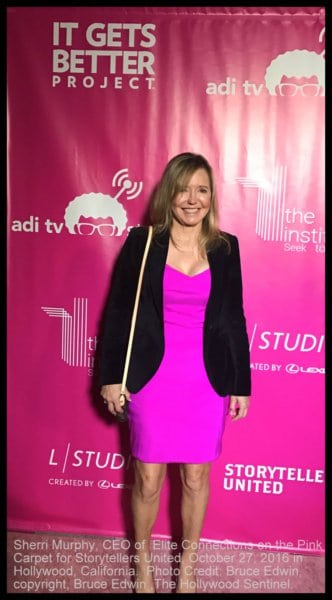 Elite Connections CEO Sherri Murphy has been spotted out and about a lot lately in Hollywood on the red carpets with some of her single celebrity clients. As one of the most successful matchmakers in the industry of dating, Sherri is giving free consultations to singles this and next month in person, for those looking for love. Contact her at 800-923-4200 or visit www.EliteConnections.com.

The 89th Oscars will be held on Sunday, February 26, 2017, at the Dolby Theatre® at Hollywood & Highland Center® in Hollywood, and will be broadcast live on the ABC Television Network at 7 p.m. ET/4 p.m. PT. The Oscars, produced by De Luca and Todd and hosted by Jimmy Kimmel, also will be televised in more than 225 countries and territories worldwide.

David Lynch fans can rejoice. It is happening! A new version of “Twin Peaks” set to air on Showtime starting May 21st, 2017.

The Palm Beach Jewelry, Art & Antique Show makes its return to the Palm Beach County Convention Center February 15-21, 2017. With more than 175 international exhibitors, the 2017 show will boast a stunning selection of art, antiques and jewelry, drawing tens of thousands of private collectors, museum curators, investors and interior designers eager to view and purchase some of the most unique and coveted treasures in the world.

The Council on American-Islamic Relations is complaining about the new Trump Administration’s plan to label the Muslim Brotherhood a terrorist organization.

Jack Shapiro of Organizing For Action states of ObamaCare, “Whether they call it “repeal” or “repair,” their intention to gut the law is clear. Right now, that means trying to strip core elements of the law through a special budgetary trick known as reconciliation. This would destroy the health care marketplace, causing millions to lose health coverage, raising costs, and hurting families. While the law can certainly be improved, that’s not what they’re trying to do.”

President Trump has promised that his new plan will scrap the parts of ObamaCare that don’t work, replacing it with something better, and keep the rest. The people we spoke with that tried to sign up for ObamaCare could either not sign up, or if they could, were quoted ridiculously high premiums they could not afford.

The White House and President Trump said today that, and I quote, “The past 8 years have taken a toll on America’s job force. But now, we have already begun bringing OUR jobs back to OUR country. Today we are excited to announce that Intel has pledged to make a $7 billion investment in Arizona, creating 10,000 jobs! Companies across America are making the commitment to creating thousands of new jobs everyday.”

Vice President Michael Pence sent out a letter today which partly states, and I quote, “Today, I cast the tie-breaking vote in the Senate to confirm President Donald Trump’s nominee for Secretary of Education: Betsy DeVos. The vote the President asked me to cast wasn’t just for Betsy – it was also for America’s future. Our nation’s success depends on the education of our students. In Betsy DeVos, we have one of America’s foremost advocates for educational opportunity and excellence.”

Globalist George Soros reportedly is tied to a dozen lawsuits against President Donald Trump, according to Geller Reports.

Award winning Cinematographer and Director Jessica Gallant (pictured here) tells Hollywood Sentinel that she is in greater demand than ever since last year and this year, shooting back to back in the U.S. and abroad. Jessica was recently nominated for best director for the Idyllywild Film Festival. Jessica recently launched her official new website, here: http://www.jessicajgallant.com/

The Passion of the Christ is now out with a new edition. Mel Gibson’s Oscar winning film begins in the Garden of Olives where Jesus has gone to pray after the Last Supper. Jesus must resist the temptations of Satan. Betrayed by Judas Iscariot, Jesus is then arrested and taken within the city walls of Jerusalem where leaders of the Pharisees confront him with accusations of blasphemy and his trial results in a condemnation to death. With performances from Jim Caviezel as Jesus and Monica Bellucci as Mary Magdalen, the new edition features English, Spanish and Portuguese language dubbed audio for the first time ever.