Folsom California’s Night of 1000 Pumpkins was blessed with perfect weather for families to get together, have a great time and show off their pumpkin carving skills.

Organizers provided pumpkins for anyone who wanted to carve one, at the carving station at the Wool-Sutter intersection and volunteers set them out along the main street.

Jim Crosthwaite, who organized the event said “It was a lot of fun to organize, and the local merchants really helped, by carving more than 100 pumpkins on Thursday. I love this community, the families really come together to support our events because they know we do it for them.”

CW31 TV’s Good Day Sacramento came out yesterday morning and many of the people I spoke to last night said they saw the show and decided to come carve a pumkin.

John Gladding, who runs MyFolsom.com, the local discussion forums came up with the original idea for the Night of 1000 Pumpkins. He said “We’ve always wanted to do something special on Sutter Street for Halloween, and we have Sutter Fallfest coming up tomorrow. We always have 10 pumpkins on our own porch, so we thought, why not invite the community and get 1000 pumpkins and make it a great family event.” 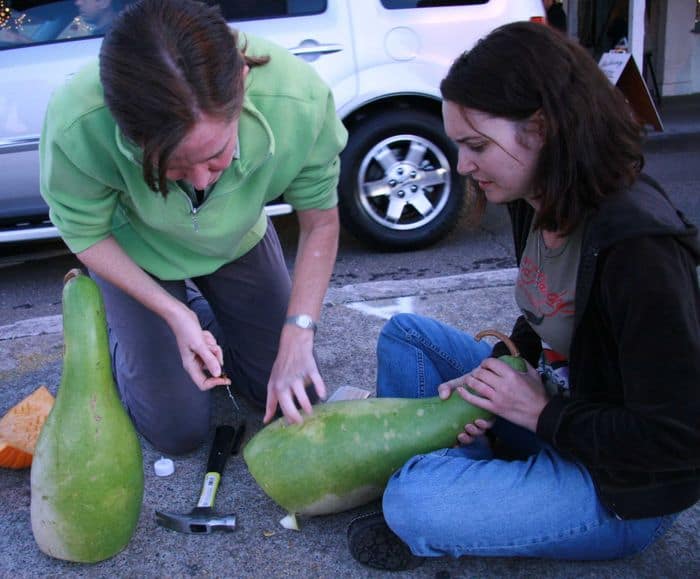 The pumpkin judges, Lucy and Ricki (Jim and Renee Snook from Snook’s Chocolate Factory) and “The Monk” (John Gladding) had fun – and a difficult time – deciding on the winners of the various sections, because the entries were so good.

Families contributed some amazing examples of creative carving and the local merchants really helped out. There was a Jimi Hendrix from one of the artists at American Visions Gallery, and RatFink and “Phantom of the Pumpkin Opera” from Stage Nine Theatre. 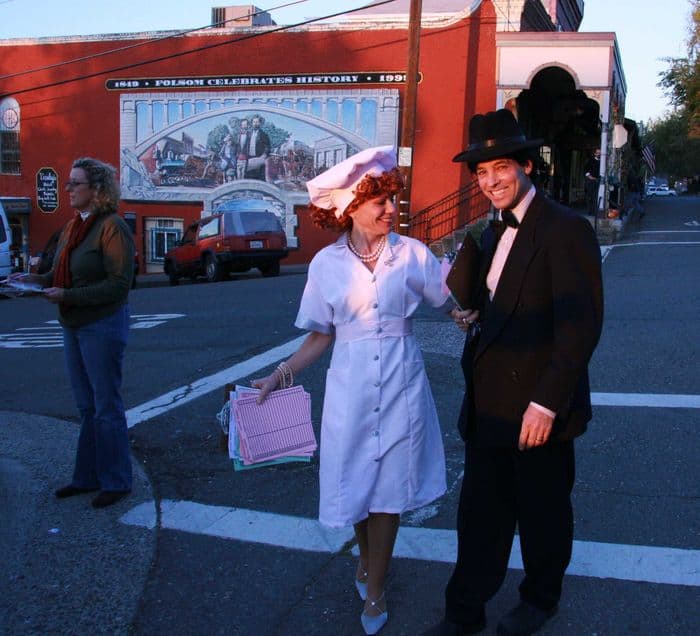 Hundreds of kids (some of them older than me!) came down to the event in amazing costumes and that made it really a lot of great family fun.

At Stage Nine Theatre, Larry Scholl, the Disney animator, was drawing caricatures of kids dressed as Pixies and Fairies. He is amazing and will be there again today. There were lots of happy kids – and parents – with their rolled-up pictures. 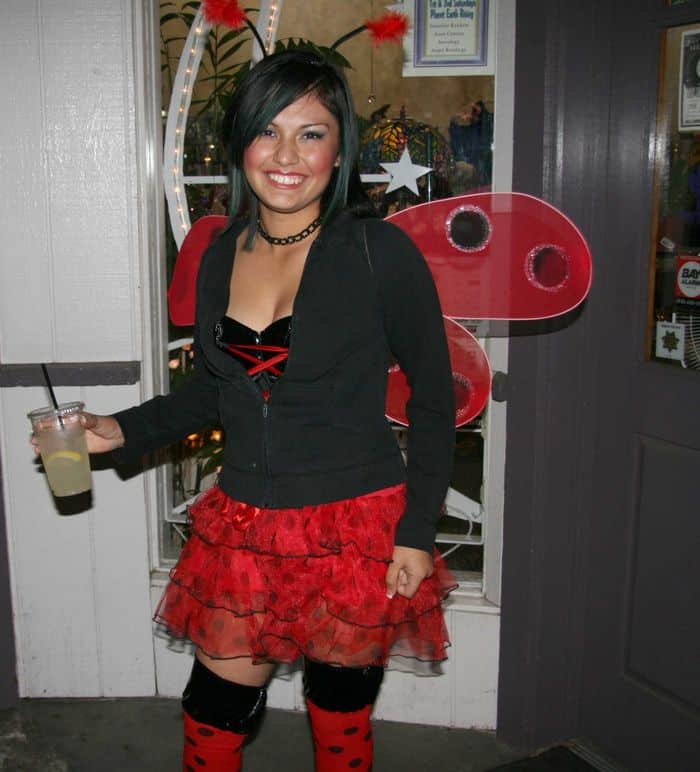 Shannon Cheyne, the manager of the local Sutter Street Merchants association, said “We thought this would be a great event for families that we just had to do it and, as you can see from the number of people who came down tonight, it is a huge success. We’re looking forward to the Fallfest event tomorrow and many people have asked us to do it again next year – we will!”