The City Hub opened in March of 2010, with a human-operated bike share program. Their focus was to get more people using bicycles, rather than cars. 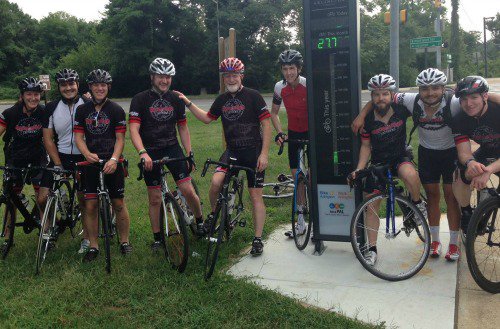 “We feel that the Revolution Cycles bike share program is the perfect fit for our residents and employees,” said Karen Kossow, VP of Sales and Marketing for Kettler. “Many DC apartment renters don’t own their own bikes and this program will allow them to enjoy all of the fabulous trails that the DC area has to offer.” Kettler is known for its exceptional amenities in pedestrian-friendly communities, and is the first DC Metro area land developer to offer bike share access to all its residents and employees.

Revolution Cycles, Inc. was established in 1997, in Georgetown, by Mike Hamannwright, President and CEO, and Santiago “Pinkey” Gonzalez, Vice President and lead mechanic. The company expanded in 2002 to a flagship store in Clarendon, Virginia, and again in 2004, to Rockville, Maryland and in Stafford, Virginia.