NewsBlaze News
Home USA National Irena Sendler: ‘In The Name of Their Mothers’ Premiere Scheduled on May...

The presentation received the prestigious United Kingdom Film Award and now the national premiere in America will be on May 1, in honor of National Holocaust Remembrance Day. Respective PBS stations nationwide will broadcast, IRENA SENDLER “In the Name of Their Mothers” a documentary film about Polish heroine Irena Sendler. It was her wartime sorority of women who outfoxed the Nazis and saved the lives of thousands of Jewish children.

At the time, Sendler was a 29-year-old social worker when the Nazis invaded Poland. After Warsaw’s Jews were imprisoned behind the ghetto walls without food or medicine, Sendler and those she most trusted smuggled aid in. They then began smuggling orphans out, hiding them in convents, orphanages and private homes, both in the city and in the Polish countryside. Before the Nazis burned the ghetto to the ground, they managed to rescue over 2,500 children. 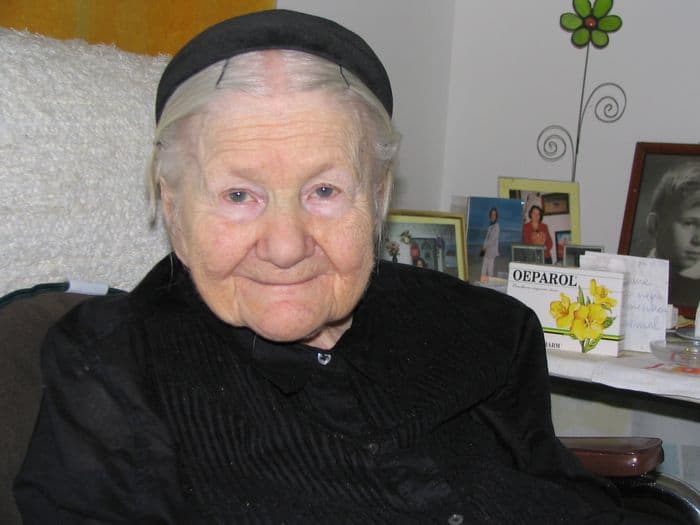 Over the next two years this groups of women organized by Sendler would care for the children. They would disguise their identities and move them constantly lest they be discovered and killed by the Nazis. In Poland death was the immediate dictate if one was discovered aiding a Jew. Many joined with the underground to get assistance to feed and protect their charges. It was hoped that after the war, the children could be re-united with their Jewish families.

I can personally attest to the courage of such great altruism as I lost a cousin to the Nazis, Christine Kuras. She hid and fed two survivors in the forest until being outed by a local drunkard. The Nazis executed her for her heroic actions. The State of Israel named her into the family of Righteous Among the Nations, an acknowledgement of those who saved Jews during the holocaust. She was related to Jozef Kuras the Ogrien Partisan leader in the Zakopane Region. They had direct contact with Jan Karski during his perilous travails.

Sendler was eventually captured by the Gestapo, imprisoned and tortured after refusing to divulge the identities of her co-workers. On the way to her execution, she escaped thanks to friends who managed to bribe a guard at the last moment. Irena and her supporters were silenced by the Communists who came to power after the Nazis. It was verboten to speak about the activities of partisans and most were afraid to talk about their actions for many decades afterwards.

Now their story is being told. IRENA SENDLER “In the Name of Their Mothers” features the last in-depth interview with Sendler before her death at the age of 98. Rare archival footage, family photographs and re-creations shot in Warsaw bring the lives of the hidden Jewish children font and center. The film is testament to the power of moral courage in the darkest of times.

“This documentary is a stirring tribute to the courage and ingenuity of a group of women who saved lives at the risk of losing their own,” said John Boland, KQED President. “We thought there was no better time to premiere this unknown story than on National Holocaust Remembrance Day. KQED is honored as host station to present IRENA SENDLER In the Name of Their Mothers to our national PBS audience.”

Director Mary Skinner was the daughter of a survivor and she had the motivation to tell this award winning story. She lived this narrative with her mother, Klotylda Joswiak. One of the most powerful parts of the film is how the angels had to appeal to the Jewish mothers to release their children in order to save them. Only a mother could understand this wisdom, pain and humanism.

Skinner added, “My mother was sent to a concentration camp for smuggling food. My mother never forgot the extra ordinary women like Irena Sendler that smuggled them food that saved them.”

This hour long docu-drama can be a compelling incentive for education and the enrichment of Judeo-Christian relations. “Save one life and you save a generation,” is the watchword and may we never forget. Also on May 1, at the Yad Vashem Holocaust History Museum in Jerusalem an exhibition remembering the Holocaust will be opened.

Lead underwriters of this PBS national broadcast include Taube Philanthropies and the Koret Foundation, The Polish & Slavic Federal Credit Union, The Williams Family Trust, the Foundation for Polish German Collaboration, the Polish-American artist, Rafal Olbinski, the Legion of Young Polish Women, and a host of other Polonia individuals and entities.

In 2009, Anna Paquin, the Oscar winning actress starred in the Hallmark Hall of Fame presentation of “Courageous Heart of Irena Sendler” which aired on CBS. In Canada many communities get PBS on WTVS Channel 56 from Detroit.

IN FRONT OF THE RIGHTEOUS, I BOW

I hear this title and it makes me think

about the people who saved me.

Could I have done the same thing?”

In a sea of hate stood my home,

Could I shelter a foreign son in my home?

Would I be willing along with my family

constantly be threatened by certain evil?

Would I be ready for this, could I walk like this

Among those who would betray

Not one day, not one week, but so many years!

There a suspicious neighbor, there a look,

and here a sound –

For that one – warm – brotherly clasping of my hand…

Because a person to person must be a people.

Because a people comes at this time through-

So I ask you and ask you once more & end ash;

Could I have done the same if I was in their place?

It was they who went to war every day.

It was they who made the world a place for me.

It was they, the pillars, the Righteous brother,

who this day this world is founded by.

For your courage, and for your warm extended hand

In front of you, the Righteous, I bow.