Mark Ames, writer, journalist and editor recently published an article exposing the dichotomy between Silicon Valley tech billionaires and their advocacy for free market. The detailed reports of a court case alleging Google, Apple and other adversaries actively conspiring to misappropriate their employees by keeping their wages down. These companies consolidated in agreement to not compete for each others employees, an iniquitous gesture preceding back to 2005.

A class action lawsuit was filed by industry workers against Apple (AAPL), Google (GOOG), Adobe (ADBE), Intel and others, a litigation that could proliferate lost wages in the billions. Quite a peculiar way to stifle the market and undermine wages prosperity; which brings new meaning to the correlation between non-compete agreements and the free market, it’s like a bureaucratic contrast. 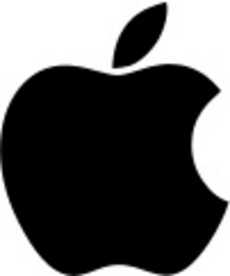 The whole objective of a non-compete agreement is to deter an employee from quitting to join a competitor. This clause has been instilled in contracts for multiple reasons, such as; to avoid the cross-platforming of business procedures, to deter preceding employees from luring clients and the prohibition of proprietary information. A durational covenant between an employer and employee in the event of termination, a restriction some freelancers despise.

Actively enforcing the non-compete agreement using rhetorics or any other draconian devices, as a tangent to economical benefits is rogue; government intervention or the free market. I propose battling the lesser of two evils. It’s like the protagonist and villain collaborate for a greater good; except for these corporate billionaire rivalries are a collaborative irony; “a perpetuating good,” <- Oxymoron alert..![caption id="attachment_408" align="alignleft" width="230" alt="Google"]

Silicon Valley and Tech Billionaires who advocate Free Market like the pillars of financial libertarians, embracing their delusion with conviction. Their philanthropic notion is a pervading-bonanza while eluding in grandeur. The naive workers folly to corporate ruse, duped by the paragon of what they’re contingent on. Hell hath no fury like the fads of Silicon Valley billionaires scorn.