DETROIT — The iconic and discarded Michigan Central Railroad Station has got new life. Not only has it got new life, but an exciting plan and vision to extend the leadership of transportation mobility through the 21st Century. That was according to Bill Ford and the Ford Motor Company.

They rededicated the newly attained and massive building as the center of the Ford Mobility Corridor. Ford acquired the building from the controversial Matty Moroun and Co. Opened at the end of 1913, in recent years, the station has been an eyesore to many. The progress will spur development and increase property values in the area.

The expansion and improvement will anchor the Corktown, Southwest Detroit, and Mexican-town neighborhoods. The estimated Ford Corktown campus will be 1.2 million square feet, 600,000 will be composed of the Michigan Central Station. There will be a mix of community retail space, residential housing and the Ford Mobility Corridor.

It is expected to bring 5,000 jobs to the area. Initial plans include locating approximately 2,500 Ford employees, mostly from the mobility team. There will also be space to accommodate 2,500 additional employees of partners and other businesses.

“Detroit is open for business for good,” Ford Chairman Bill Ford said as a few thousand Ford employees gathered for the celebration. He added, “That is the point of technology, making lives better.” Ford had praise for the vision of his great grandfather, grandfather, Uncle Henry II and Dad William Clay. He also praised Jim Hacket, Ford president and CEO. According to Hackett, this will be “the linchpin of a new mobility corridor” that stretches from Detroit to Dearborn to Willow Run to Ann Arbor.

Entertainment for the upbeat event included the Detroit Children’s Choir and Detroit native son and hip-hopper, ‘Big Sean.’ In recent years, the railroad station was used as the backdrop for movies, including “Batman v Superman: Dawn of Justice” in 2016, “8 Mile” in 2002 and “Transformers” in 2007.

Ford Motor Company is a global company based in Dearborn, Michigan. The company designs, manufactures, markets and services a full line of Ford cars, trucks and SUVs. It is at the forefront of electrified vehicles and hybrids. It also provides financial services through Ford Motor Credit Company and is at the lead in electrification, autonomous vehicles and mobility solutions. It also has a vast real-estate portfolio. Ford employs approximately 202,000 people worldwide. 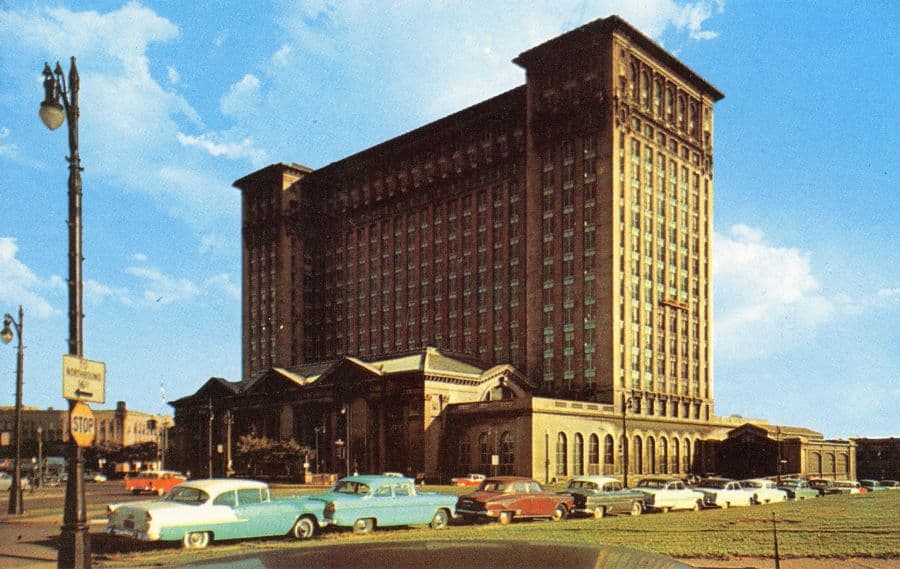 ABOUT US
NewsBlaze is the alternative business and world news newspaper, with entertainment, music, politics, and the latest breaking news and videos.Visit the NewsBlaze Pressroom to see NewsBlaze in the News
Contact us: su[email protected]
FOLLOW US
© Copyright (c) 2004-2022 - NewsBlaze Pty. Ltd.
Posting....
Go to mobile version